Environmental groups in Iowa seeking action to tackle nutrient pollution are encountering stiff opposition from the state, which has asked the state Supreme Court to throw out a court challenge in the matter.

The lawsuit by Iowa Citizens for Community Improvement and Food & Water Watch requests a court order requiring the state’s adoption of a plan to reduce pollution in the Raccoon River watershed, the source of drinking water for about a half million Iowans who are customers of Des Moines Water Works. It also seeks an order that would halt "construction and operation of new and expanding medium and large animal feeding operations and [concentrated animal feeding operations] in the Raccoon River watershed."

The case is notable in part because of the plaintiffs' use of the Public Trust Doctrine, which recognizes the public’s right to natural resources but is not often used.

ICCI and FWW celebrated a victory last month when a Polk County District Court judge denied the state’s motion to dismiss the case and ruled their lawsuit could proceed.

“We have surpassed the first big legal hurdle and we are closer than ever to holding the State of Iowa accountable for their inaction to protect our water,” ICCI and FWW said in announcing the decision by Judge Robert Hanson.

The groups also injected a note of reality, however, adding that “If we're being honest, it will take us a while to make it to court — there’s a lot of ‘legal stuff’ that needs to happen.”

Fulfilling that prediction, the state has applied to the Iowa Supreme Court for an “interlocutory appeal” — an appeal taken before the trial court has ruled on the merits of the case.

If it grants the state’s application, the Supreme Court would then consider whether the lawsuit can proceed after reexamining the issues raised in the district court.

Those include: Whether Iowa CCI and FWW have legal standing to pursue their claims; whether they are raising a “political question” that courts cannot consider; and whether the plaintiffs exhausted all their administrative remedies with the state’s Department of Natural Resources.

Hanson said legal precedent did not require an examination of the standing question and that ICCI and FWW had demonstrated they did not need to keep pursuing administrative remedies before pursuing their legal action.

The state, however, is focusing its arguments on whether the plaintiffs have raised a “political question” that cannot be considered by the courts. 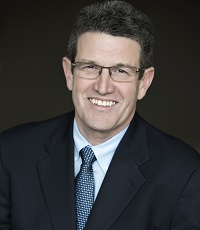 The state, however, cited "multiple climate change cases from other jurisdictions where claims similar to plaintiffs’ have been considered political questions by those state courts," Hanson said. However, "Those cases are distinguished in that they make broad, overarching statewide climate change claims. Here, the parties are disputing the impact of pollution and state action or inaction on a discrete part of Iowa’s waterways."

The case is the latest attempt by environmental groups in the state to get the courts to address nutrient pollution, which Iowa has been trying to reduce using a voluntary Nutrient Reduction Strategy.

In 2017, a federal judge dismissed a case brought by the DMWW seeking to hold drainage districts responsible for high nitrogen levels in water the utility was forced to spend money treating. The judge found the drainage districts had immunity from lawsuits.

That case turned into a proxy war for the battle between environmentalists frustrated by the state’s inability to get a handle on the nutrient issue and farmers who said they were making strides in adopting new practices to tackle runoff.

In its request for the Iowa Supreme Court to consider its motion to dismiss, the state’s lawyers said Hanson’s ruling “affects the substantial rights of the Iowa General Assembly to exercise its legislative authority as granted to it by the Iowa Constitution.”

Eldon McAfee, an attorney at Brick Gentry in West Des Moines, agreed, saying, “It sure looks like the lawsuit is asking the court to invade upon what the legislature should or shouldn’t do.”

The plaintiffs have responded by arguing that if the state’s position were accepted, “then every action of the legislature under its general legislative authority would be beyond the reach of the courts as a political question, a notion plainly at odds with the Iowa Constitution and the judiciary’s role in interpreting and enforcing the Constitution.”

The state also says that Hanson’s ruling “affects the substantial rights of hog and cattle farmers” in the state.

The plaintiffs, however, said the state is assuming all farmers would be affected, when the lawsuit is targeting the Raccoon River watershed. Referring to the groups' use of the Public Trust Doctrine, plaintiffs’ attorney Brent Newell of Public Justice Food Project says, “Farmers are members of the public, too,” and thus have the right to clean water. 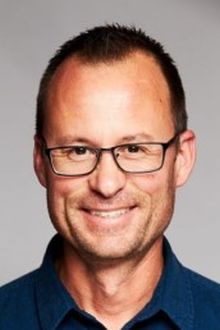 “Most Iowa farms are located outside the watershed, and more importantly, not all farmers oppose stronger efforts to clean up Iowa’s waterways,” the groups said in their opposition to the state’s application.

Said Newell: “This isn’t farmers versus non-farmers,” he says. “This is Iowans doing right by each other.”

In addition, he said, “My clients support technical assistance for farmers and policy reforms so farmers can receive a fair price for their crops and livestock.”

Agricultural groups have not gotten involved in the case yet, but McAfee says his clients are “following the case very closely” and may decide to file an amicus brief supporting the state if the Iowa Supreme Court decides to accept the interlocutory appeal.

That’s not a done deal by any means, however. “The percentages would show that most applications for interlocutory appeal are not granted,” McAfee said. “The position of the court is often, ‘let the case play out.’”

He emphasized that judges ruling on a motion to dismiss are required to assume that everything alleged by the plaintiffs is true, so winning dismissal of a case before the merits of the arguments have been addressed “is a high hurdle.”