Agricultural groups are applauding the new biological opinions issued by federal wildlife agencies Tuesday, but the more flexible approach to water management for the Central Valley and State Water Projects called for in the agency reviews has angered environmental interests.

Democratic members of Congress from the Central Valley stopped short of endorsing the biological opinions, saying they wanted to see the state's analysis first. Republican lawmakers supported the opinions.

Referring to the past opinions as an unsuccessful “calendar approach” for making ecosystem decisions, the agencies are now leaning on real-time monitoring of fish populations to calculate flows to the Sacramento-San Joaquin Delta and ensure fish are not trapped at the pumps. The new plan also adds $1.5 billion to conservation and habitat restoration projects

“We are anxious to put these new policies into practice and expect to see a positive response for water users and the environment in the years to come,” he said.

“Narrow solutions based only on water flow mandates have failed to restore fisheries, at great loss of water for people,” he said. “Californians face a challenging water future as we seesaw between extreme drought and flood, incorporate new restrictions on groundwater and work to accommodate a growing population while enhancing the environment and sustaining agricultural production.” 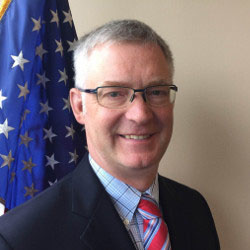 Tom Nassif, president and CEO of the Western Growers Association, went further, saying the previous opinions “caused serious and lasting economic and social damage to hundreds of communities.” Nassif believes the new opinions will complement the efforts of the Newsom administration in negotiating the voluntary agreements.

“Those who immediately condemn these revisions because they may help farm communities or cities are attempting to distract from the failure of the current regulatory regime,” he said.

Before the opinions were released, Doug Obegi, a director for the National Resources Defense Council, said on Monday they will “significantly weaken and/or eliminate existing federal protections” for endangered fish.

Tim Stroshane, policy analyst for Restore the Delta, said he was still reviewing the opinions Tuesday but what he did read had “the smell of manipulated science — an Orwellian finding that fish don’t need water.” 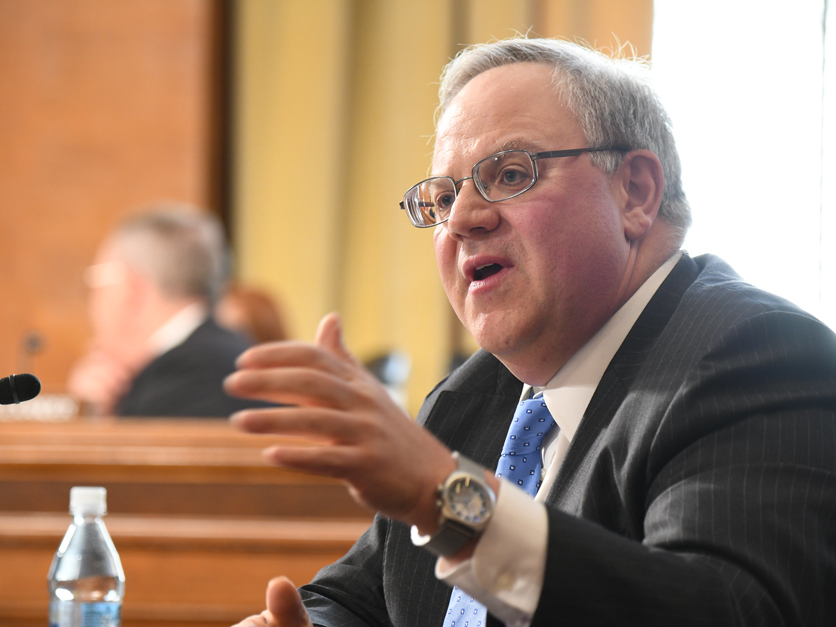 Fish and Wildlife Regional Director Paul Souza was quick to address this in a press briefing.

“Before people make judgments, I encourage them to read the document to see the changes that have occurred to the proposed action over time,” he said. “They have been significant.”

Barry Thom, regional administrator for the National Oceanic and Atmospheric Administration, also addressed reports that the administration had removed the research team when unfavorable findings were about to be released in June. Thom said staff were pushing hard to meet the strict deadline set out by the president and acknowledged there was a transition in some staff to ensure the agency had “the right people moving forward” to complete the report. The underlining analysis remained the same, he said.

Critics have also called the opinions “a big win for a wealthy group of farmers” and for Interior Secretary David Bernhardt, who is facing an ethics investigation over his lobbying work with the opinions on behalf of the Westlands Water District shortly before taking office.

“The Committee intends to fully exercise its constitutional oversight duties and investigate whether the law was followed,” he warned.

Souza said he, Thom and Ernest Conant, the regional director for the Bureau of Reclamation, are “career professionals” and there is no connection to Bernhardt’s lobbying. Souza and Thom also began their positions under the Obama administration.

Others were more cautious in their responses. Noting the need to update the opinions, Central Valley Democratic Reps. Jim Costa, John Garamendi, Josh Harder and TJ Cox penned a response with Sen. Dianne Feinstein, D-Calif., that said they would study the biological opinions "to ensure they incorporate the adaptive management and real-time monitoring needed to properly manage the Central Valley Project for the benefit all Californians."

“We look forward to the State of California’s thoughtful analysis of the biological opinions,” their statement continued.

The Newsom administration has been quick to admonish changes to environmental rule changes from the Trump administration, with five legal filings announced Tuesday from the attorney general’s office. Newsom’s upcoming Water Resilience Portfolio will also be influenced by the new biological opinions.

The governor told reporters Tuesday his administration is reviewing the document and will determine if litigation, or another approach, is the best response.