Daybreak: Ventura’s glyphosate ban will cost up to $28 million

Ventura County’s glyphosate ban will cost up to $28 million

The Ventura County Board of Supervisors voted Tuesday to ban the use of glyphosate on public property, including parks, campgrounds, golf courses, schools and most roadways. A glyphosate task force reported the cost for alternative replacements could range from $3.5 million for purchasing new pesticide products to $28 million for manually pulling weeds.

For perspective: The additional costs could exceed 1% of the county’s budget, which is $2.2 billion. The county also spends $22 million on child support services, $37 million on roads and $71 million on mental health services.

The county applies glyphosate to 1,100 miles of road shoulders, which is key to fire abatement. The 2017 Thomas Fire – the largest in state history at the time – burned 280,000 acres in Ventura and Santa Barbara Counties. Ventura County also uses glyphosate to clear vegetation for flood control along 200 miles of drainage channels.

County properties that have cut out the herbicide added more employees, stopped watering in some areas and removed more labor-intensive landscaping to cut costs.

Other county bans: Public Works Director Jeff Pratt found that counties and cities aiming to fully eliminate glyphosate still made exemptions. Orange County still uses it for invasive weeds, according to one law firm tracking the bans. Marin County has halted use on county lands, while Alameda and Contra Costa Counties will formally ban it in parks by the end of 2020.

CalEPA Secretary Jared Blumenfeld in a recent meeting referred to glyphosate as a “poison” that “we have to deal with,” said county board member Linda Parks, who was in the meeting with the secretary. Parks pointed out that CalEPA has labeled glyphosate a Prop 65 carcinogen, though US EPA has since disputed the decision.

American Agri-Women President Jeanette Lombardo responded to the board’s arguments, saying: “The fact that I have to come up here and defend one of the safest herbicides ever produced is unreal.”

Bayer Crop Sciences medical lead Katie Karberg testified that she was “deeply concerned about the growing erosion of trust in the science that underpins some of the key pillars of health.”

Ventura County Agricultural Association President Rob Roy pointed out that glyphosate has been on the market for 45 years and more than 800 studies have reviewed its health impacts. He said a complete ban would be like “throwing the baby out with the bath water.” 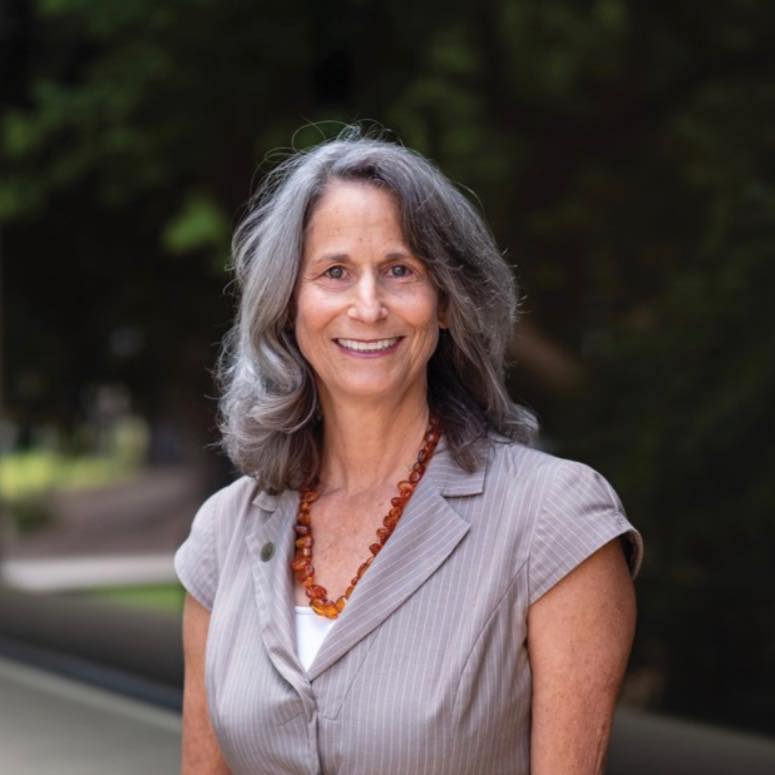 Stockton area high school students will have locally-grown produce and meat for learning how to cook. The San Joaquin Farm Bureau partnered with local Women for Agriculture and CattleWomen chapters to provide 15 schools with more than 500 pounds of cheese, pumpkins, walnuts, beef and more. The deliveries began Tuesday and will last three weeks.

“This is an excellent opportunity to showcase the commodities grown and raised in our county,” said CattleWomen Chapter President Marit Arana. “It takes a team effort to bring an educational experience of this size and scope to so many students within our county.”

End in sight for USMCA?

There is fresh optimism on Capitol Hill about prospects for a House vote on the U.S.-Mexico-Canada Agreement. House Ways and Means Chairman Richard Neal told reporters after a meeting with U.S. Trade Representative Robert Lighthizer that Democrats would likely only need a few more meetings with him to wrap up a deal with the White House.

“We have really narrowed our differences considerably,” he said. “There were a couple of bumps in the road last week, but they seem to be, at least for the moment, smoothed out.” 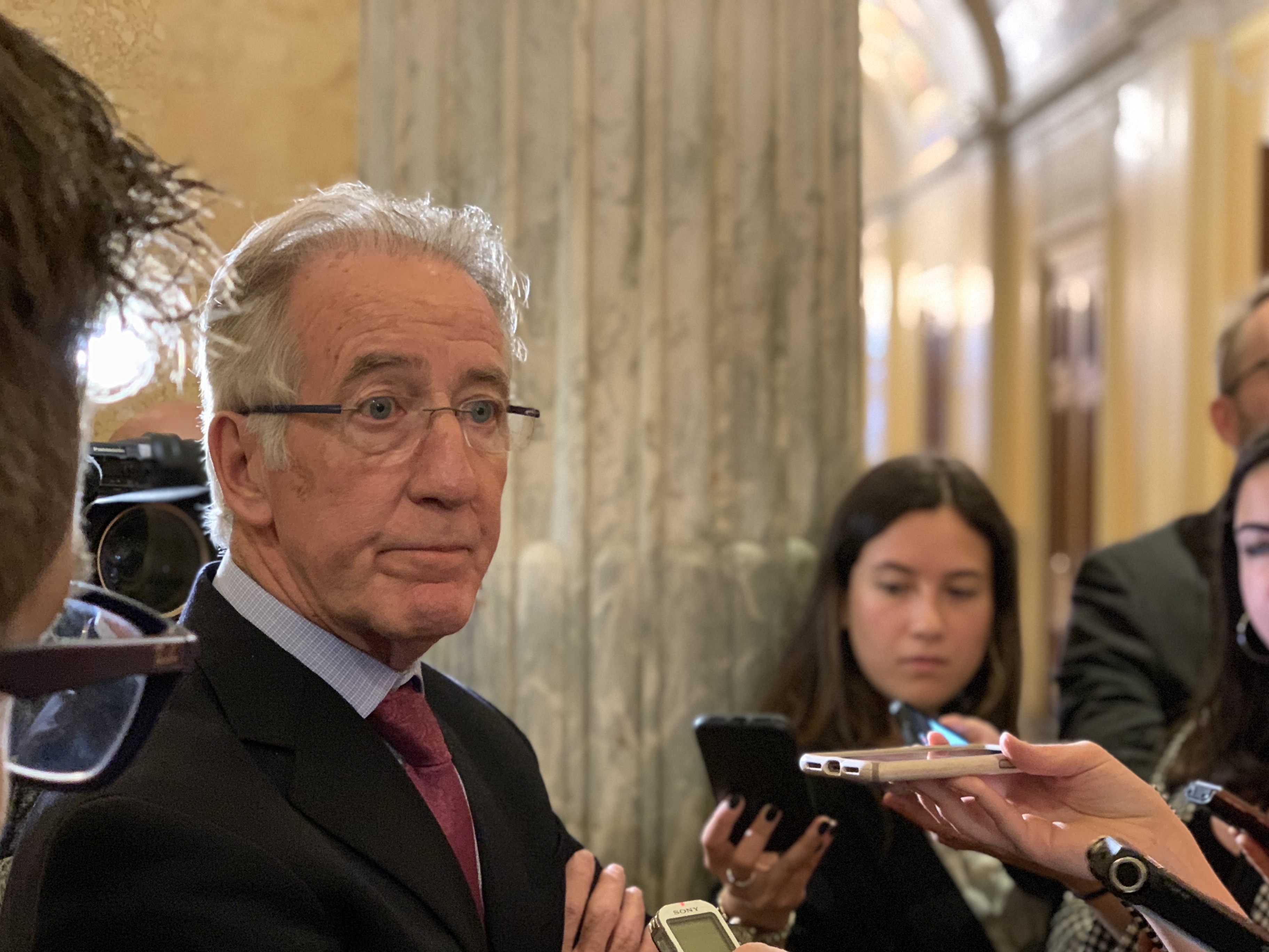 Neal to meet with Trudeau on USMCA

Canada, despite a claim last week by President Donald Trump, has not yet ratified USMCA, and the Monday election weakened the country’s Liberal Party, which was in power during the renegotiation of the North American Free Trade Agreement.

“Trudeau’s victory … was important,” Neal said. “The game plan is to visit with him as we have (visited) with the Mexican president.”

A top Senate Republican’s anxiety about the USMCA may be lessening after hearing from Agri-Pulse about Neal’s newfound optimism.

“If this has happened like your question implies, I’ll take back some of the anxiety I’ve expressed,” Senate Finance Chairman Chuck Grassley told Agri-Pulse Wednesday afternoon. Earlier in the day, Grassley and several GOP colleagues went to the Senate floor to urge House Democrats to act swiftly to pass USMCA saying the clock was ticking.

The number of farms that are financially stressed has increased since 2012, but is still near the 20-year average, and things aren’t as bad as they were back in 2002, according to a new study by USDA’s Economic Research Service. The study says 2002 was the year with the lowest net cash farm income since 1996.

From 2012 to 2017, net cash farm income fell more than it had during any period since the 1970s, But farm income remains close to the long-run average when adjusted for inflation, according to the study.

The American Farm Bureau Federation is developing a member-benefits program to help farmers and ranchers use futures and options contracts.

“It is a mindset based upon an assumption that glyphosate is bad. And it's not. But the elected politicians…seem to believe, based on erroneous scientific evidence, that's it's some neurotoxin that's going to affect people. That's not true." – Rob Roy, president of the Ventura County Agricultural Association, testifying against a county ban on glyphosate.

Daybreak: Will others copy Mexico’s glyphosate ban?
COVID-19 will cost California agriculture up to $9 billion