DPR wants to reduce all pesticides over next 10 years

The Department of Pesticide Regulation is asking staff for a specific percentage it should try to reduce pesticide use by in order “to grow sustainable, healthy foods.”

In a survey obtained by Agri-Pulse and sent out earlier this month as part of CalEPA’s strategic planning process, DPR also asked how much the agency should reduce fertilizer inputs, water use and emissions from agricultural equipment.

DPR is prioritizing “full implementation” of integrated pest management practices in order to reduce pesticides over the next seven to 10 years. The department said this would “increase community sustainability, health and safety.”

Equity and environmental justice are also featured prominently among CalEPA’s six draft goals, with a priority being to increase collaborative engagement with these stakeholders. “Regulated entities” are listed later among several stakeholders. The agency’s other goals are more institutional: improving organizational health, legal frameworks, outreach, infrastructure and programmatic activities.

According to a DPR spokesperson, the process is still at “an elementary stage.” CalEPA did not respond for comment.

Last week, Agri-Pulse reported Ventura County plans to ban use of glyphosate on county property. Yet county staff found no other California county or city was able to completely ban the herbicide. One small Colorado city, however, did experiment with banning glyphosate by going completely organic for its parks. Durango began the initiative following a 2008 ballot initiative.

Today, just two city parks in Durango are still organic. According to The Durango Herald, half of the grass became infested with weeds, which continued after applying organic pesticides. At one point, the city’s organic consultant recommended synthetic fertilizer to “rescue” the turf. The cost for running the program on 18 acres cost the city an extra $100,000 for equipment and required two additional full-time staff, with help from volunteer weed pullers.

By contrast, Ventura County is 150 times larger than Durango, with 45 times the population. According to a staff review, going pesticide-free for Ventura County would require around $28 million annually for the manual labor involved.

Montgomery County, Maryland, similarly tried to go organic in 2015. It found the cost for 420 acres of parks and athletic fields would be an additional $8.4 million annually.

Former Gov. Arnold Schwarzenegger fled his home near Los Angeles at 3 a.m. yesterday as the Getty Fire approached. “If you are in an evacuation zone,” he tweeted, “don’t screw around. Get out.”

Meanwhile, former Gov. Jerry Brown had his own plan for responding to the PG&E power shutoffs at his ranch in rural Colusa County. “We’re off the grid,” he told Politico. “We have solar collectors and lithium-ion batteries.” He also relies on well water and rain capture.

Gov. Gavin Newsom's Plumpjack Winery in Napa County is less than 40 miles from the Kincade Fire. Napa has been facing their own evacuations and power shutoffs, while also housing evacuees and their livestock. Winery staff posted on Facebook their concern for their neighbors. “We have a strong community in this amazing wine country, and we are fortunate to be a part of it every day,” they wrote.

On that note: Secretary Karen Ross announced in a video message yesterday that CDFA will soon post information to help farmers and ranchers recovering from the fires. This followed Newsom’s announcement of a new website with resources for victims of wildfires and power shutoffs. Ross also mentioned the department has been “activating” fairgrounds as evacuation shelters for people and their animals.

Speaking of Jerry: Brown will be testifying before Congress at 7 a.m. today about the president’s auto emission standards battle with the Newsom administration. Brown is now advocating for climate action as chair of a UC Berkeley California-China climate institute. 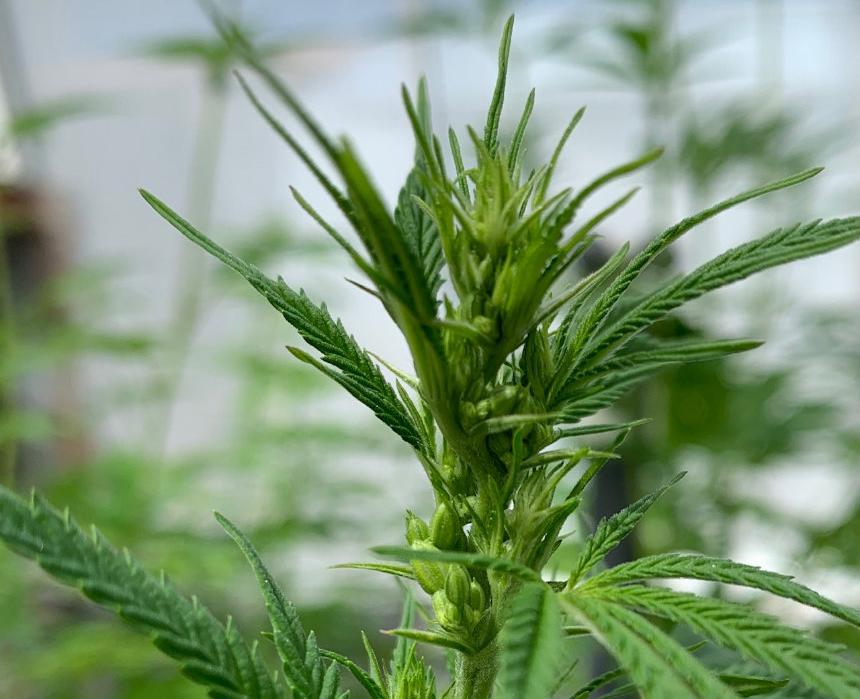 USDA will release its long-anticipated hemp regulations today, laying out guidelines states must meet for production and testing of industrial cannabis.

The Office of Management and Budget finished its review of the interim final rule Friday, setting the stage for today’s announcement. USDA is expected to start accepting state production and testing plans for review shortly after the rule’s publication in the Federal Register, but the public will be able to comment on the rule while it’s in effect.

What we’re watching for: The issues the rule is expected to address include testing protocols and the length of a production ban on persons convicted of a state or federal felony related to controlled substances.

The rule also is expected to include language making clear that interstate transportation of hemp is legal; since the 2018 farm bill was passed last year, some drivers transporting hemp have been arrested or detained for hemp shipments.

By the way: The Grocery Manufacturers Association has released survey results the group says show consumers are confused about CBD. Some 76% of those surveyed wrongly think CBD products are subject to federal regulations and safety oversight. Some 52% of those surveyed use CBD for pain management and 50% for stress or anxiety reduction.

China and the U.S. still have not finished negotiating the “phase one” trade deal that is promised to give a massive boost to U.S. ag exports, but President Donald Trump expressed confidence Monday that it’ll be done and ready to be signed in November.

“That would take care of the farmers,” he said.

Trump has said previously he would like to sign it together with Chinese President Xi Jinping when both leaders are together in Chile Nov. 16-17 for an Asia-Pacific Economic Cooperation summit. Large protests and violence have recently rocked the streets of Santiago and elsewhere in the country, but Trump said he doesn’t expect the upheaval to affect the summit.

“Probably, we'll sign it,” Trump said. “I know they have some difficulties right now in Chile. But I know the people of Chile and I'm sure they'll be able to work it out.”

The Senate has approved a pair of amendments to the Agriculture portion of a fiscal 2020 domestic spending package. One amendment would provide USDA with $5 million to help African-American families resolve ownership and succession issues with heir’s property, land that was passed down informally over generations.

The second amendment would require USDA to study the challenges of its food distribution program on Indian reservations.

The Senate is expected to approve the spending minibus this week along with a package of amendments that Senate leaders have been negotiating. 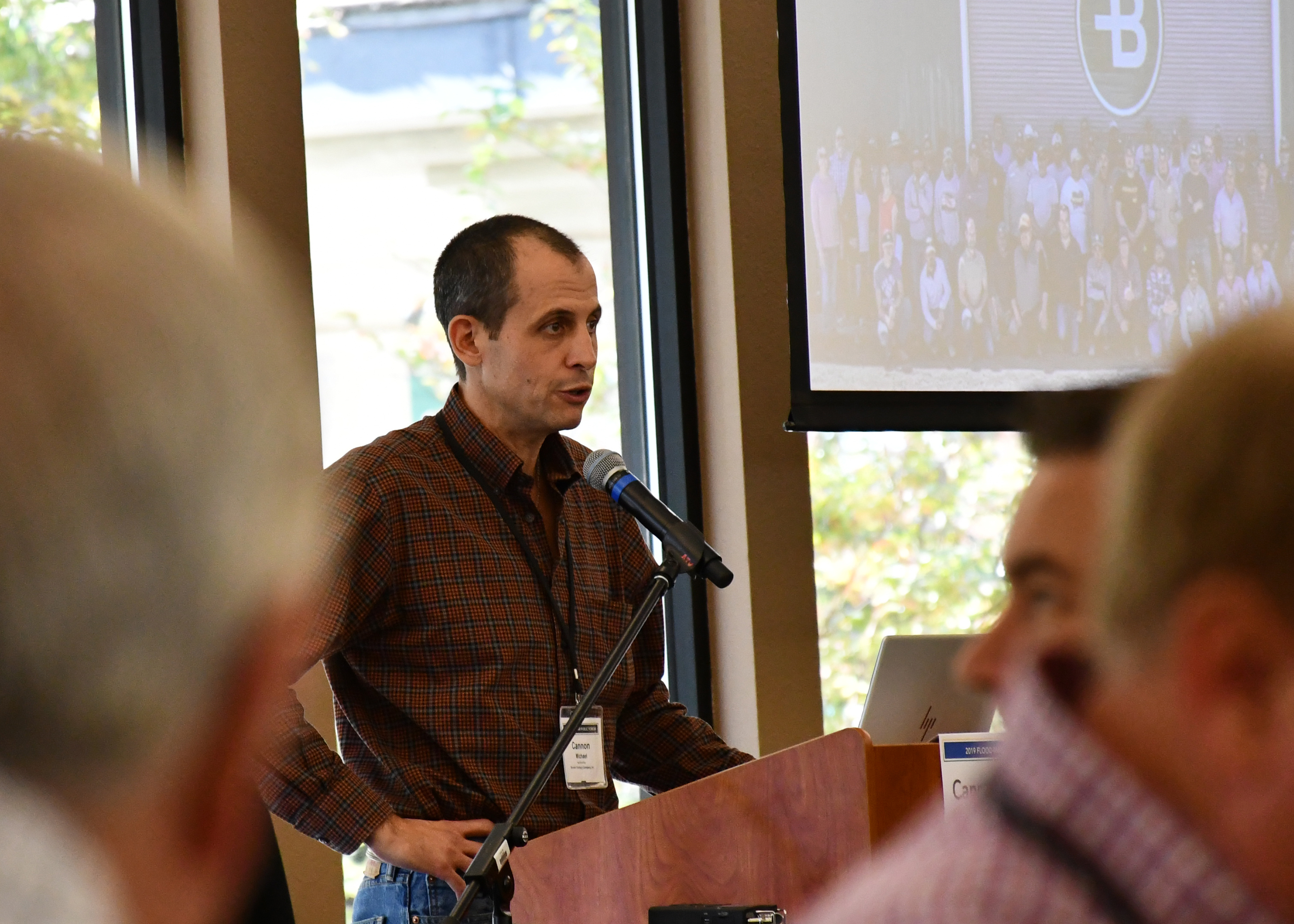 “I hear a lot that a solution is one where nobody is happy. I really don’t believe that… We can craft solutions with the mindset of the California we want to leave to the next generations.” – Cannon Michael, owner of Bowles Farming Co., speaking at a policy forum on groundwater recharge yesterday.