A new rule replacing the Obama-era definition of “waters of the U.S.” is expected from the Trump administration in the next few months, but in the meantime federal courts face conflicting lawsuits over the jurisdiction of the Clean Water Act, and there almost certainly will be continued fights over the law's reach for years to come.

Two lawsuits were filed last week following the publication by EPA and the Army Corps of Engineers of a regulation repealing the 2015 rule, often referred to as WOTUS but commonly known by its supporters as the Clean Water Rule.

Those court challenges, and the ones to follow, are certain to extend the confusion long associated with the extent of Clean Water Act jurisdiction.

“It will likely be years before regulated entities are provided the certain and stable regulatory framework they need,” says an analysis from the King & Spalding law firm.

The repeal rule, which goes into effect Dec. 23, would revive 1986 regulations that were in place before the 2015 WOTUS rule was issued. Currently, because of court challenges in different states, the Obama-era rule is in effect in 22 states, the District of Columbia and parts of New Mexico, while the 1986 regulations and attendant guidance are in effect in the rest.

But those regulations, the New Mexico Cattle Growers’ Association asserts, are unconstitutional.

In a lawsuit filed in federal court in New Mexico, the group says the 1986 regs and subsequent guidance goes further than the Clean Water Act’s plain language by regulating interstate waters and wetlands adjacent to tributaries.

Among the problems with the ’86 regs, NMCG claims, is that they “extend federal jurisdiction so far into local land and water resources that it (sic) necessarily undermines state power, in violation of the Tenth Amendment.”

“Because of the 1986 Regulations’ overbroad and illegal definition of the ‘navigable waters’ under the Clean Water Act, plaintiff’s members will now be required to obtain federal approval of new and ongoing land-use projects at a cost of tens to hundreds of thousands of dollars and months, if not years, of delay,” the lawsuit says

NMCG is represented by the Pacific Legal Foundation in California. PLF attorney Tony Francois said the 1986 regulations “would require our clients to get permits from the Army to operate their farms and ranches, including erosion and flood control work, conservation projects, and even some of their plowing, all on their private property. 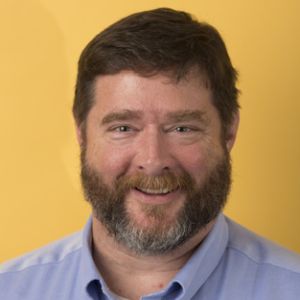 “These permits take an average of two years, and a quarter million dollars in consulting expenses, to obtain,” he said. “Any nation that requires its farmers to wait for two years for its Army to give them permission to farm will not eat well.”

Asked why his clients didn’t just wait to file suit until after the replacement rule comes out, Francois said, “There is no telling when a new rule will be in place. According to EPA, it will likely not be before the end of the rainy season this winter, which is when EPA’s regulation of intermittent and ephemeral drainages on private property does the most harm.”

In addition, there’s the potential for environmental lawsuits to obtain injunctions to halt implementation of the replacement rule, so “we cannot presume the new definition will take effect any time soon.”

On the opposite end of the spectrum, 11 environmental groups also have sued, challenging the repeal rule itself as administratively invalid. Led by the Southern Environmental Law Center, those groups assert that EPA and the Corps did not provide a rationale for repealing the 2015 rule.

Instead, “the agencies repeatedly, and improperly, introduced conclusions they ‘proposed’ to reach about the flaws of the Clean Water Rule and asked the public to provide the information to support those conclusions,” the groups said in their court challenge.

In their telling, the 1986 regulations and the guidance implementing them provide less protection than prescribed by the Clean Water Act.

“The Final Repeal Rule … reinstates an illegal regime — the regulations that pre-dated the Clean Water Rule as limited by guidance — that runs contrary to Supreme Court precedent, unlawfully leaving certain waters of the United States unprotected due to the guidance’s unduly narrow interpretation of Justice [Anthony] Kennedy’s significant nexus test,” their lawsuit says.

In the 2006 Rapanos decision, Kennedy laid out a test that allows the Corps and EPA to assert jurisdiction over waters that have a “significant nexus” to navigable waters.

Wetlands "possess the requisite nexus, and thus come within the statutory phrase 'navigable waters,' if the wetlands either alone or in combination with similarly situated lands in the region, significantly affect the chemical, physical, and biological integrity of other waters more readily understood as 'navigable,' ” Kennedy wrote.

Appellate courts that have considered the issue have sided with Kennedy’s interpretation. However, the new rule to be published in the next few months is expected to give more weight to the Supreme Court’s plurality opinion in Rapanos, penned by late Justice Antonin Scalia, which would interpret the CWA more narrowly.

The whole legal situation, involving multiple rules and agency interpretations, is a messy one. “All of this is so complicated and interrelated,” Holman says.

Former Justice Department Clean Water Act attorney Stephen Samuels noted that if the repeal rule is upheld, the 1986 regs would remain as the law of the land.  But if it’s overturned, “I still doubt that the Clean Water Rule would come back to life in any form, at least in the current administration.”

He also said that at this point, three years into the Trump administration, “it might make more sense simply to wait for the 2020 election, especially if the repeal rule is not overturned.”

Holman also mentioned the political ramifications of the WOTUS issue, which has been a high priority for the American Farm Bureau Federation and other farm groups.

“If I were them, I’d definitely want to get it out when the election season is underway,” Holman said.

Once the new rule is out, litigation will follow. And because the Supreme Court has recently clarified that challenges to the WOTUS definition belong in the district court, “We could have conflicting rulings from the courts regarding the replacement rule, both with respect to the merits and any appropriate temporary or permanent relief,” Samuels said.

“Accordingly, different WOTUS definitions could apply in different parts of the country. These conflicting rulings could also exist at the appeals court level, until the Supreme Court reviews the replacement rule. Of course, by then there might be a new administration that could decide to restart the process all over again.”

Asked to comment on the repeal rule, AFBF President Zippy Duvall had a brief comment. “No regulation is perfect, and no rule can accommodate every concern, but the 2015 rule was especially egregious. We are relieved to put it behind us. We are now working to ensure a fair and reasonable substitute that protects our water and our ability to work and care for the land.”

Of course, Congress could step in and clarify the scope of the CWA, but lawmakers have stayed out of the issue. But Samuels said, “I am not at all optimistic that Congress will do so.”