Cannabis growers to get tax relief and other state aid
Daybreak: A state budget ‘windfall’ on the horizon

California is a “bellwether state” for pesticide issues

California’s Proposition 65 warning label for the herbicide glyphosate is setting a precedent for other states, according to Jeff Case of CropLife America. Case was speaking yesterday at the annual conference for the California Association of Pest Control Advisers (CAPCA).

He noted the “surprising number of ban bills” on pesticides being enacted on the state level, as well as with cities and counties across the country. He said this “dangerous trend” is being driven by well-coordinated activist groups that are continually putting agriculture on the defensive. CropLife has been fighting back by helping to introduce more than 600 bills across state and local municipalities, according to Case. The trade association has been working to maintain state preemption, meaning localities cannot regulate the use of pesticides.

Case added that the battle is getting more difficult, particularly since every state but one is dominated by only one party.

Look for more highlights from the CAPCA conference in the Agri-Pulse West Newsletter – hitting your inbox on Wednesday morning. 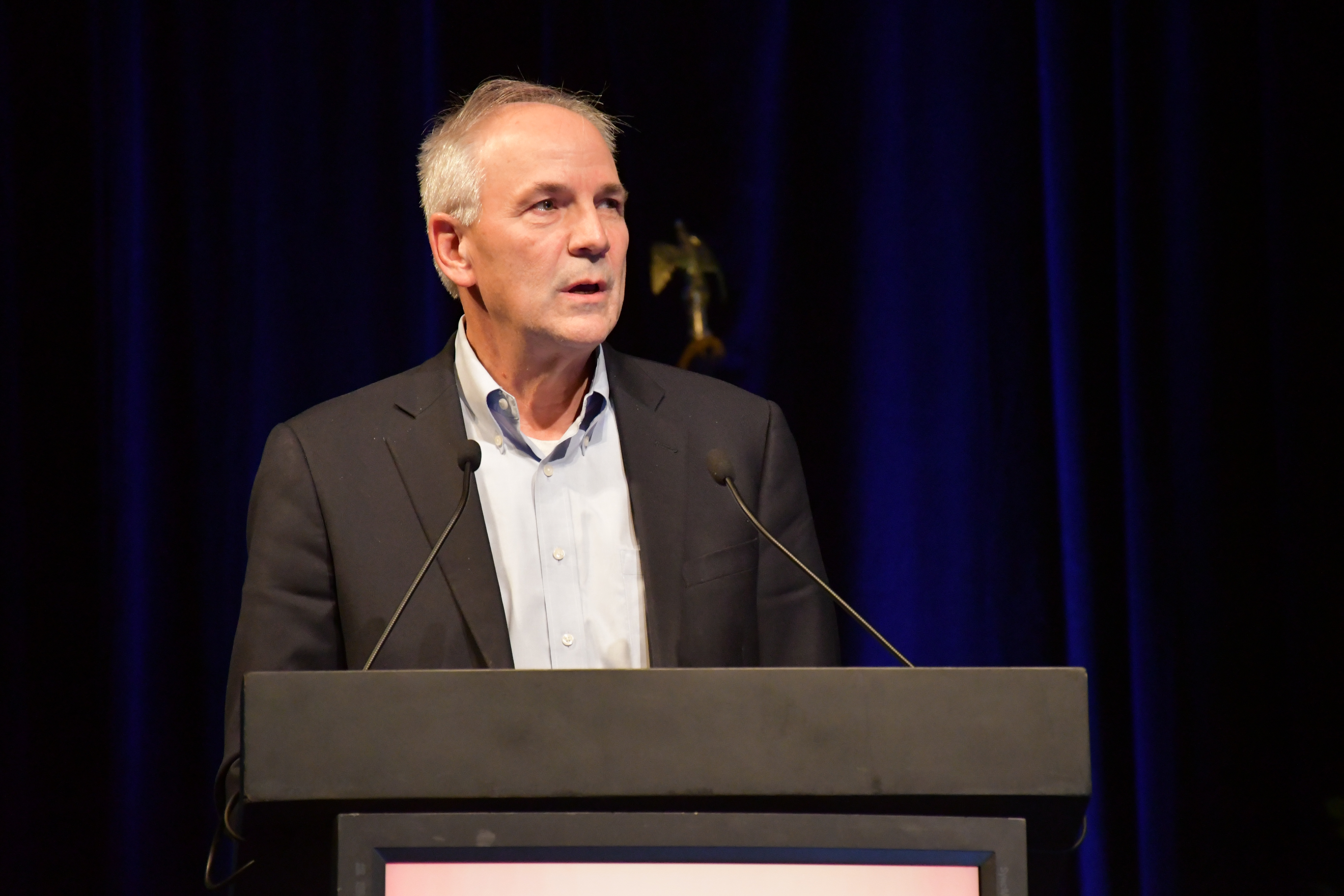 The U.S. Department of Labor (DOL) yesterday announced it has levied $85,000 in penalties against growers, primarily in Central California and returned $422,000 in back wages to 438 low-wage workers.

Regional Administrator Ruben Rosalez said in a statement that while the department will continue to be on the lookout for violations, “We encourage all employers to take advantage of the free resources we provide and avoid costly penalties.” 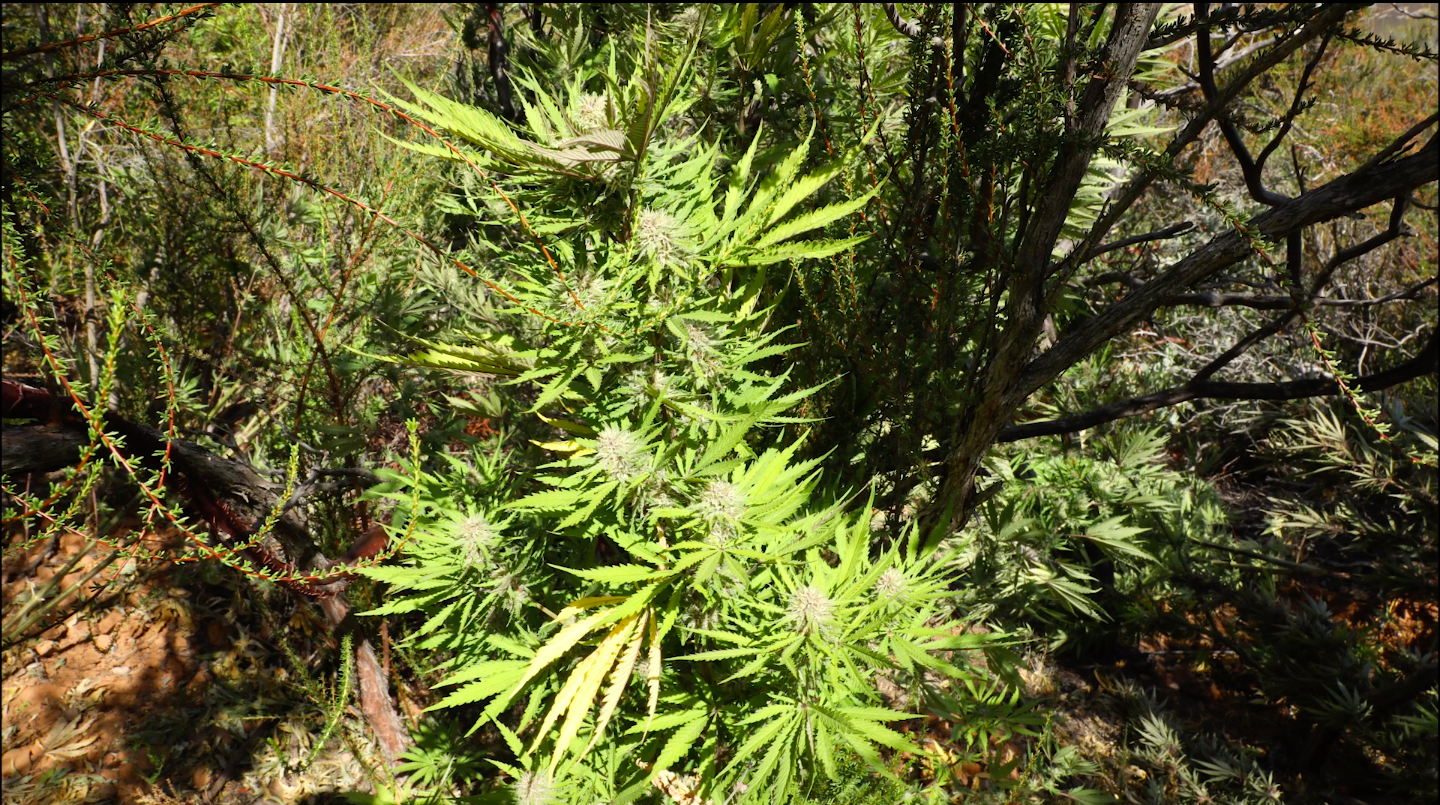 State arrests 148 for illegal cannabis grows, while legal market is the “wild west”

California has raided 345 sites, made 148 arrests and confiscated nearly a million illegal marijuana plants, according to an announcement by Attorney General Xavier Becerra yesterday. The effort involved numerous state and federal agencies, including the USDA Forest Service.

Yet regulatory hurdles remain high for licensed growers who are trying to do the right thing, according to Placer County Ag Commissioner Joshua Huntsinger, who spoke on cannabis at the CAPCA conference yesterday. He pointed to “a very heavy” local and state double taxation system, along with a patchwork of local jurisdictions that do allow cultivation. Licenses could also cost tens of thousands of dollars and require “a number of hoops to jump through,” he added. Cannabis also remains illegal at the federal level.

Huntsinger explained that 100% of the product must be tested for pesticide residues, and a failed test leads to destroyed crops. This pits cannabis growers against neighboring conventional growers and could lead to multi-million-dollar lawsuits, he said.

Meanwhile, marijuana from this state continues to fetch a premium price. “I heard the price of one California cannabis flower doubles with every time zone you travel through going east,” he joked.

The Mann Packing Co. issued a voluntary recall yesterday for a series of vegetable products in response to a potential contamination found by U.S. and Canadian food inspectors. No illnesses have been reported in the two countries.

The Salinas company is the continent’s largest supplier of Broccolini and sugar snap peas. The listeria strain can be fatal to those with weak immune systems, though most would suffer short-term symptoms like fever and nausea. 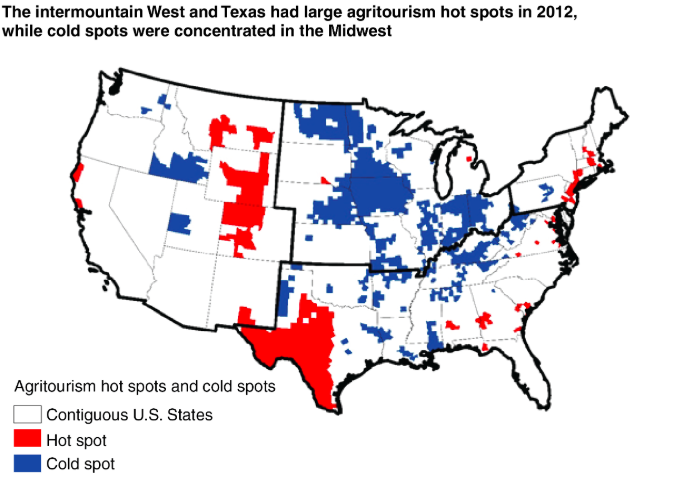 Agritourism revenue on the rise

Farm agritourism revenue grew from $704 million in 2012 to at least $950 million in 2017 and has tripled since 2002, when adjusted for inflation. A report by the USDA’s Economic Research Service says the 2017 figure is probably understated since wineries were excluded from USDA’s 2017 census data. Wineries were included in earlier totals.

Keep in mind: Agritourism revenue is still relatively small to total farm revenue, accounting for 5.6 percent of farm-related income in 2017.

Not surprisingly, the hottest areas for agritourism (shown in red in the map above) tend to be in the scenic or rugged areas, including Montana, western Texas and the California coast, and not in the most productive agricultural regions, such as the Midwest, Plains states, and California’s Central Valley. Farms where visitors can pick their own fruit are popular, too.

Mexico’s demand for cheese, milk and other dairy products continues to climb, outpacing domestic expansion and offering new export opportunities for U.S. producers, according to a new analysis by USDA’s Foreign Agricultural Service.

“Processing industries, such as the baking sector, demand large amounts of high-quality dairy products sourced mainly from U.S. suppliers,” the report says, “with some competition from other countries in some products, such as butter from New Zealand.”

Trump insists China deal be signed in US

President Trump continues to insist that Chinese President Xi Jinping come to the U.S. sign to their partial, “phase one” trade agreement.

“It’ll be someplace in the U.S.,” Trump said. He has said the signing ceremony could be held in Iowa, but Bloomberg quoted Commerce Secretary Wilbur Ross as naming Alaska and Hawaii as possible locations.

“I looked at the governor and said, ‘You know, the biggest thing is how disappointed we are because you signed an executive order and you didn’t talk with the industry.’” – California Farm Bureau President Jamie Johansson, in his speech for the CAPCA conference yesterday, describing his response to Gov. Newsom’s decision to cancel chlorpyrifos in May.