Ag bankers told to expect familiar conditions in the near future

Call it what you want — a “plateau” or a “slow-motion recession” — the ag economy is not performing well, and successful producers will be those who can innovate and manage their farms well, speakers at the annual Agricultural Bankers Conference in Dallas said this week.

“Booms fade, and then you get the long plateau,” said Jason Henderson, director of Purdue Extension, at Tuesday’s session of the conference put on by the American Bankers Association. “It’s going to be a thin profit margin out there.”

He predicted another decade of flat commodity prices and low profit margins, which will force farmers to diversify and become more entrepreneurial.

“I think we’re in the small-ball, low-margin type of an era,” David Kohl, an ag and applied economics professor at Virginia Tech, told attendees.

“If ag wants to capture a bigger share of the food dollar, ag has to get closer to the consumer,” Henderson said, suggesting producers visit their local chambers of commerce and local campuses to get an idea of what today’s consumers want. 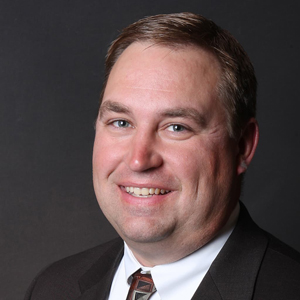 “There has to be better collaboration and integration between urban and rural if we’re going to get through the plateau,” he said.

Net farm income is forecast at $88 billion for 2019, but $33 billion of that is from trade mitigation payments and other support payments, such as insurance indemnities, according to government figures.

More than one speaker wondered aloud what might happen without those payments. Nathan Kauffman, lead economist for the Kansas City Fed, pointed to a number of “one-offs” that have helped keep the ag economy stable over the past few years, including Russia’s invasion of Ukraine in 2014 and production problems in South America, both of which created selling opportunities, as well as the payments from the Market Facilitation Program.

However, “It’s hard to have a lot of confidence in temporary factors,” he said.

Kauffman focused in his talk on factors that have kept ag afloat during the recent downturn of about five years, including the strength of the economy overall, which has allowed more farm families to get jobs off the farm. Off-farm income is expected to increase slightly this year, from $65,841 in 2018 to $67,314, according to USDA's Economic Research Service.

Bankruptcy numbers are up, but "in reality the increase has been pretty modest," Kauffman told the bankers. After his speech, he mentioned a tweet he sent Nov. 1 where he said, "We should recognize growing financial stress for smaller ag operations. But, even if all Chapter 12 filings in the past year were at the max farm debt allowed in the [bankruptcy] code (prior to recent increase), it would amount to just 0.6% of total U.S. farm debt."

Kauffman also pointed to continued low interest rates, which have helped underpin strong land values. “The reality is there has been pretty strong demand for farmland,” he said.

In addition to low interest rates, there have not been a lot properties on the market, said Jackson Takach, chief economist and head of strategy, research and analytics at Farmer Mac, in explaining why land values have held steady.

Land values “look pretty good, but how steady can they be and for how long?” Takach said. “This low-interest-rate environment continues to give me a lot of comfort.”

Denny Everson, a longtime ag banker who’s on the board of directors of First Dakota National Bank in Yankton, S.D., said he’s worried that strong land values are “lulling us to sleep. I think we have to be really cautious.”

Trump: Money going to farmers ‘in the pretty near future’
Subcommittee told to consider ag as a resource in climate change mitigation
Democrats told to 'show up' in rural areas, tackle ag concerns

“You do see signs of stress you didn’t see a few years ago,” Takach said, pointing to a continued decline in working capital.

The trade wars also have hurt U.S. ag, not just in the near term but for years to come, a point made forcefully by former ag trade negotiator Darci Vetter.

“The tensions we’re seeing are not a one-off,” Vetter said. Instead of the U.S. “playing offense” in the last couple of years and seeking trade liberalization, she said “we’re looking inward now” to protect domestic industries.

The effects will be long-lasting, said Vetter, who is now head of public affairs at Edelman, a public relations and marketing consultancy in Washington, D.C. "The longer we focus inwardly, the more the landscape is permanently altered."

Of the China deal being promoted by the Trump Administration, Vetter said, “I don’t think I would choose to use the word deal; I might use ‘cease-fire’ or ‘truce.’” 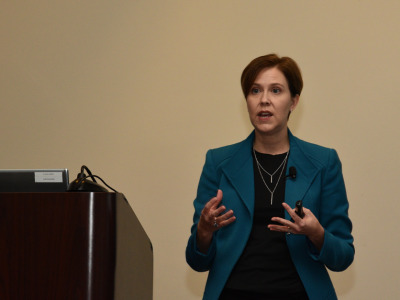 Vetter was skeptical of the $50 billion in U.S. ag goods President Donald Trump said China has promised to buy. “That number gives me a little bit of pause,” she said.

Vetter also downplayed the significance of the U.S.-Mexico-Canada Agreement, which she called “NAFTA 2.0.” “The terms of trade don’t really change,” she said. If approved, “the trade gains are negligible.”

The “bigger thing” to look at as the U.S. works on a trade deal with China, Vetter said, is what is happening without the United States’ involvement, such as the 11-country deal now known as the Comprehensive and Progressive Agreement for Trans-Pacific Partnership, which Trump pulled the U.S. out of shortly after taking office. (It was then known as the Trans-Pacific Partnership, or TPP.)

“Trade tensions and a less offensive approach to trade are going to continue to exist” no matter who gets elected, she said.

“I’m particularly concerned on the lack of a plan in Southeast Asia,” she said. “That population’s size and buying power are both increasing at a rapid rate.”

“You may not agree TPP was a good deal, but that was firmly planting us in that region,” she said.