Nearly a year after the 2018 farm bill legalized industrial hemp production, the business community continues to seek answers to questions about testing and marketing of products derived from the crop, the commercial potential of which has sparked interest throughout the country.

They may be a long time coming, attendees at a Food & Drug Law Institute conference heard this week.

Hemp has been one of the most talked-about issues in agriculture over the past year as growers look to diversify in the face of low commodity prices and ongoing trade disputes. Estimates of the market potential for hemp-derived CBD, short for cannabidiol (pronounced canna-bi-DIOL), usually range in the billions annually, though some have also said all the talk of hemp is simply hype.

Government regulators told the audience of lawyers, business representatives and state regulators — among others — that they are working diligently to provide as clear a regulatory path as possible, but they need help sorting through the many issues involved in turning hemp into a profitable crop for American farmers.

“Now is the time to come talk to us,” said Sharon Mayl, a senior adviser for policy in the Food and Drug Administration’s Office of Food Policy and Response. “We are actively looking to get better data on CBD.”

A public meeting earlier this year and a comment period resulted in about 4,500 comments, Mayl said, but “we did not see a lot of data around the issues we specifically requested comments on,” such as the cumulative effects of CBD consumption.

“We should not be getting ahead of the science,” Mayl said, noting FDA is not exercising “enforcement discretion” when it comes across CBD in food or dietary supplements. “If you’re selling it in violation of the Food, Drug & Cosmetic Act, you’re doing it at a risk,” she said.

“There are no special rules for CBD,” Lowell Schiller, FDA’s principal associate commissioner for policy, told the Council for Responsible Nutrition earlier this month. He said the agency has been “considering carefully” whether to issue a rule that would allow the use of CBD in foods or dietary supplements.

“We hope to issue a more comprehensive update in the near future,” Mayl said.

Rick Ball, a lawyer with Duane Morris in Boston, said on the sidelines of the FDLI meeting that he has “no clue” when FDA might take action.

Ball said regulatory confusion is stoked in some cases by different rules in different states. In Massachusetts, for example, farmers were left holding their hemp after the state followed FDA and said CBD cannot be used in foods or dietary supplements or marketed with health claims.

“They lost a huge market for their product,” Ball said. 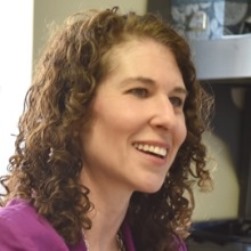 The industry also is looking for clarification on testing. USDA’s recent interim final rule, which likely will govern hemp production through the 2021 growing season, says testing to determine THC levels must be conducted within 15 days before harvest, in order to get as accurate a reading as possible.

In addition, the testing will have to take place at a lab registered by the Drug Enforcement Administration.

But farmers have said the 15-day window may be too tight, and that there may not be enough accredited labs to do the necessary testing.

“I don’t think there are in any way enough processors or labs,” Ball said.

Mai T. Dinh, a lawyer with USDA’s Agricultural Marketing Service who has been working on hemp, encouraged anyone having trouble with implementation, such as access to testing facilities, to “let AMS know.”

Dinh said she knows the interim final rule is not perfect. "We had to push this out really quickly," she said. "We’re really very, very interested in comments."

Ball said some labs that have been testing medical or recreational marijuana are trying to decide whether to get into the hemp testing business, but are worried if they get registered by the DEA, they won’t be able to keep testing marijuana.

As it stands with USDA’s rule, hemp that tests above 0.3% for THC must be destroyed. But Dinh said USDA is trying to give growers some wiggle room.

“The one area USDA provided a little bit of flexibility is measurement uncertainty,” Dinh said. As USDA put it in the interim final rule, “If a laboratory reports a result as 0.35% with a measurement of uncertainty of +/−0.06, the distribution or range is 0.29% to 0.41%. Because 0.3% is within that distribution or range, the sample, and the lot it represents, is considered hemp for the purpose of compliance.”

Questions about what to do with a “hot crop” — one that tests above acceptable levels — persist, however.

Patrick Moen, managing director and general counsel at Privateer Holdings, a private equity company in Seattle, said, “We’re stuck in the Twilight Zone,” describing how a grower could suddenly be “in possession of a controlled substance” because of a THC test. There needs to be a “common-sense solution” to that dilemma.

In the case of hot crops and the required disposal of them, Dinh said, “We are working with DEA to work through those operational issues.” DEA rules require the crop be rendered “non-retrievable,” but Dinh said USDA and DEA are discussing the exact meaning of that.

Transportation is still an issue, said Moen, a former DEA agent and New York City police officer. USDA stated clearly in its rule that hemp can be transported across state lines, even through states such as South Dakota and Idaho that have not legalized the crop.

“I think that’s going to continue to be a challenge,” he said. “We’re going to continue to see (challenges with) state and local law enforcement.” Because hemp and marijuana look and smell the same and testing takes time, simply having a certificate of analysis won’t protect a driver, Moen said.

“Your average patrol officer who gets involved in a shipment of products is not going to know what to do,” he said.

The hypothetical patrol officer is not alone. “The biggest regulatory hurdle is uncertainty at this point,” said Evelina Norwinski, a lawyer with Arnold & Porter in Washington, D.C.