Governor Gavin Newsom appointed Scott Silveira of Los Banos to serve on the California Partnership for the San Joaquin Valley. Silveira has served on the Merced County Board of Supervisors representing District 5 since 2019. Silveira also worked as managing partner at Banos Royal Farms from 1990 to 2018.

The Wine Institute selected Danielle Giroux to serve as its new director of California Wines Canada. She is responsible for marketing and promoting California wines to the Canadian market. Giroux brings 15 years of wine industry sales and marketing experience to the role. She most recently served as vice president of marketing at Colio Estate.

Steve Roosdahl has been promoted to vice president of operations at the Oppenheimer Group. He has been with the company for 24 years, and previously worked as the executive director of supply chain.

Jarrett Martin succeeds Chris White in the general manager position at the Central California Irrigation District. Martin joined CCID in 2016 as an engineer, and became deputy general manager a year ago.

Sunkist added Matt Shekoyan as vice president of strategy. Shekoyan will work with Sunkist and sister co-op Fruit Growers Supply on their strategic direction. Shekoyan started his career as director of agricultural trade for the California Department of Food and Agriculture, and then moved on to become the chief financial officer of Wonderful Citrus for eight years. He also became the director of international business development for Wonderful subsidiary Suterra.

Dana Thomas announced his retirement from Index Fresh, an avocado marketer. Thomas has been at the helm for 24 years. A successor has not yet been named.

The Senate Energy and Natural Resources Committee has advanced the nominations of Dan Brouillette to serve as the secretary of energy, James Danly to serve as a member of the Federal Energy Regulatory Commission (FERC), and Katherine MacGregor to serve as deputy secretary of the Interior.

The Farm Credit Administration created the Office of Data Analytics and Economics and has selected Jeremy D'Antoni to serve as its new director. D'Antoni joined FCA in 2015 as an agricultural economist in the Office of Regulatory Policy. In addition to this new role, D’Antoni serves as FCA’s chief data officer, a position he was named to in July.

The National Council for Agricultural Education selected James Woodard to serve as the new director of agricultural education, FFA board chair and National FFA Adviser. Woodard currently serves as superintendent of the Morgan Charter School Systems in Madison, Ga. The National Council also named Cheryl Zimmerman executive secretary for National FFA. Zimmerman has served on the National FFA board of directors as a consultant and member since 2016. She currently serves as the Wisconsin FFA executive director. 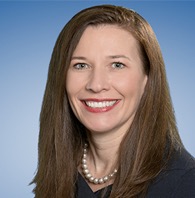 The World Food Program USA’s board of directors named Barron Segar as its new president and CEO, effective Jan. 21. Segar currently serves as the UNICEF USA executive vice president and chief development officer. Segar brings over 20 years of experience in growing philanthropic and cause marketing platforms. Before joining UNICEF USA, Segar served as the director of development for Georgia Public Broadcasting.

House Agriculture Committee Chairman Collin Peterson of Minnesota has added Luke Theriot to the committee staff as a professional staff member. Theriot comes to the committee from the office of Rep. Filemon Vela, D-Texas, where he served as a senior policy adviser. He has previously worked for Louisiana State University AgCenter's Audubon Sugar Institute, Louisiana Department of Agriculture and Forestry, and the Senate Committees on Small Business and Entrepreneurship, and Energy and Natural Resources. Theriot also served with the Peace Corps in Morocco at Prince Sidi Mohammed Institute of Management and Agricultural Trade.

The J.M. Smucker Co. has made some changes to its leadership team, effective Nov. 25. Geoff Tanner, currently senior vice president of growth and consumer engagement, will take on the new role of chief marketing and commercial officer. Jill Penrose, currently senior vice president of human resources and corporate communication, will become chief people and administrative officer under the new structure. Amy Held’s title will change from senior vice president of corporate strategy, mergers and acquisitions and international, to chief strategy and international officer. The company has also created a chief operating officer position and is in the process of searching for a candidate to fill the position. Mark Belgya, vice chair and CFO, announced he will retire Sept. 1, 2020. Tucker Marshall, vice president of finance, will succeed Belgya. On Nov. 25 he will become senior vice president and deputy CFO and will succeed Belgya on May 1, 2020. Belgya will continue as vice chair until his retirement.

Kristine Lucius has replaced Rohini Kosoglu as the chief of staff for Sen. Kamala Harris, D-Calif.

Dean Alan Thonesen, a long-time employee of Sunwest Fruit Co., lost his battle with stage 4 pancreatic cancer. Thonesen had a 34 year career at Sunwest. He was a member of the Fresno County Farm Bureau for more than 40 years, and in the 1970s, he chaired the FCFB Young Farmers and Ranchers Committee, which lead him to serve as vice chairman of the American Farm Bureau's Young Farmers and Ranchers Committee. During his career, he was a member of the California Fresh Fruit Association, where he served on the board and executive committee. He also served seven years as a member of the Big Fresno Fair board of directors.