American agricultural shippers are pressing for a little rate relief and improved fee fairness as the Surface Transportation Board presses through an array of rail service proceedings.

Indeed, the STB has piled more rail regulatory initiatives on its table than perhaps any time since its1996 startup, and all of them could lean economically in shippers’ favor if the board prevails with its proposals and survives inevitable court challenges.

“There’s all these questions” about rail rates and charges," says Mike Steenhoek, executive director of the Soy Transportation Coalition. “We’re happy the STB is examining them, where, hopefully, we can get some kind of resolution.”

The board, which is supposed to have five members, operates as a quorum of three, all fairly recent appointments: the chairman first joined the STB in 2016, and other the two members began five-year STB appointments just this year.

Action began last April when the STB posted its Rate Reform Task Force (RRTF) report, which examined topics such as how to improve and update its longstanding rate review processes, ways to reduce the cost and complexity of small rate disputes, and simplify the way the STB assesses railroad companies’ market power.

The task force tried to access the STB’s oversight job in the context of railways-versus-shipper dynamics, pointing to a shift in this century in “the financial health and competitive landscape of the railroad industry. Our proposals attempt to account for these changes,” it reported.

“Under the STB’s existing rate (review) methodologies,” National Grain and Feed Association (NGFA) President Randy Gordon said, “agricultural shippers just don’t have a realistic shot at even bringing a case, let alone having one adjudicated” in their favor.

But, he added, “I think the board is more open minded now … listening to the concerns of shippers. I do think that under Chairman (Ann) Begeman’s leadership, it’s a much more balanced and inquisitive board … I think she understands that, right now, their processes for bringing a rate case are broken.”

Steenhoek says PSR “is very much this continued drive toward efficiency. Driving costs out of your system … a real focus on the operating ratio (and) return on each dollar of operating costs … (by) limiting origination points, limiting destination points.”

Gordon complains that PSR has meant higher costs and reduced or disrupted service for grain shippers. The railroads are “dramatically reducing the number of locomotives and crews, and taking capacity out of the system … a lot of times, at the expense of customer service,” he said.

So in September, none too soon from the shippers' viewpoint, the STB issued two proposals “to make its rate review procedures more accessible, efficient, and transparent, including for small customers,” the agency said.

First, it proposed a Final Offer Rate Review, establishing a new rate review option for small cases, imposing constraints on procedures, costs and complexity. To decide an FORR case, the STB would impose an expedited schedule ending with a decision in 135 days, selecting either the complainant’s or the defendant’s final offer to prevail. Relief in FORR cases would be subject to a two-year cap of $4 million.

In their comments, several northern-state National Farmers Union affiliates said they and other advocates for ag shippers “have been talking about final offer procedures with this board and Congress for many years,” noting that Canada has long used such a final offer procedure for rail rate negotiations. Initially, the groups said, the proposal is “a groundbreaking step forward in finally establishing a simplified, expedited method of determining the reasonableness of challenged rail rates for small shippers.”

But agricultural shippers also call for amendments. NGFA, in its comments, argues there’s no logical reason to cap the relief at $4 million and deny cases with larger dollar value access to the FORR settlement tool.

For a lot of agricultural shippers, $4 million would be a pretty good deal, Gordon said. But, he noted, instead of imposing the dollar cap, for example, the 135-day deadline that the STB would impose on FORR cases could be flexible and “you could extend the discovery period to allow both the shipper and the railroad to present their cases … in a higher value case.”

Even the U.S. Department of Agriculture, which also praised the FORR idea, finds the proposed $4-million ceiling on awards to be a poor choice. The proposal assumes the shipper is 100% certain of prevailing, USDA says, since costs to the challenger can often exceed that sum, so shippers simply would not submit FORR complaints. Also, where many isolated rural shippers are concerned, “the railroads' ability to price their service is essentially unconstrained. Unless relief from rate review is also unconstrained to check the railroads' potential excesses, the shipper is at a distinct disadvantage,” USDA argues. 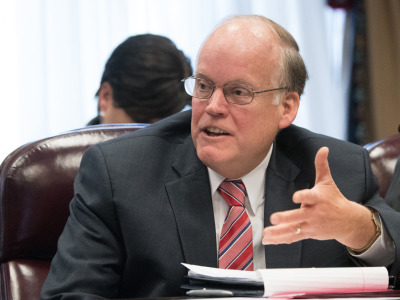 But railroad companies have objections of their own.

The Association of American Railroads told the STB that federal law requires a “full hearing,” and “Congress did not give the board authority to adjudicate rate cases through final-offer decision making.” Shippers claim, on the contrary, the STB has full authority to prescribe the abbreviated dispute resolution process.

The STB’s second September proposal, meanwhile, addresses rules for a precondition to qualify to submit a rate complaint: demonstrating the railroad being challenged has “market dominance” in the service area where relief is sought. That is, shippers must first show they are “captured” (have no good alternatives).

So, the STB’s proposed Market Dominance Streamlined Approach tries to simplify that task, prescribing six criteria petitioners could employ to demonstrate “market dominance.” They’d have to show the railroad company has no competition from other railroads, no barge competition, hauling with trucks is not an economical alternative, etc.

NGFA favors STB’s move to make market dominance easier to demonstrate but says the plan misses its mark. The proposal, for example, would disqualify challenges involving fewer than 500 miles between shipping origin and destination. That distance requirement must be reduced, NGFA says, noting that trucking commodities commonly becomes economically uncompetitive versus rail transport at distances more than 200 miles.

There is yet more on the STB’s reform table:

In October, the board posted a set of guiding principles and proposed rules to improve the fairness and transparency in the railroads’ penalties railroads access shippers for demurrage (tardy loading or unloading) and other penalties linked to rail service, overlapping charges, invoicing, and so forth.

Gordon says shippers nationwide complain that “railroads are getting more and more unreasonable in their demands on the amount of free time you get to load a car or load a train.” For example, he says, “sometimes a train comes in a 2 in the morning over a weekend, and they start dinging you for demurrage. For a lot of our members, that’s a very significant cost. And there’s no commensurate penalty … if a train is a week late, there is no recourse financially for a shipper.”

Note, too, the STB has scheduled a Dec. 12 hearing on how it examines railroad companies’ revenue adequacy, which is one of the benchmarks in considering fairness challenges against high or increasing rates. The RRTF report recommended the board better define long-term revenue adequacy as it applies to rate case remedies.

Steenhoek says ag shippers aren’t seeking heavy STB regulation of rail carriers, since “we want agriculture and rural America to be attractive for investment” by rail carriers. “But there does need to be an effective resolution mechanism in place when there’s a concern with rail rates, rail service,” he says, “and it needs to be in place and it needs to be accessible.”