Some 15 members are in the group, which met Monday. It includes small and tribal producers, internet service providers, electric cooperatives, the satellite industry, precision agriculture and equipment manufacturers.

“The biggest challenge is that there is not really one solution to solve the problem. There is a variety of different solutions and what are you going to apply when and where,” Bekele told Agri-Pulse.

The task force is composed of four working groups to help FCC develop recommendations, identify mapping gaps and connectivity on farmlands, accelerate the deployment of connectivity on unserved ag lands, and promote the adoption of precision ag technologies.

Pai also said technologies are easing labor shortages many farms are facing and improving the quality and safety of food.

He announced a proposal known as the 5G fund last week which sets aside $1 billion to fund precision agriculture technology. The $1 billion is part of a larger $9 billion fund to be released over a decade, to improve broadband connectivity in rural America.

The 5G fund replaces the planned Mobility Fund Phase II (MF2), which would have offered federal support for 4G LTE service in unserved areas. The Mobility Fund required wireless providers to submit coverage data to help FCC determine where unserved areas of the country were.

Funding for the 5G program is nearly twice the size as the Mobility Fund program, one senior FCC official said. Some $4.5 billion of the $9 billion will come from the repurposed funds that were designated for MF2. 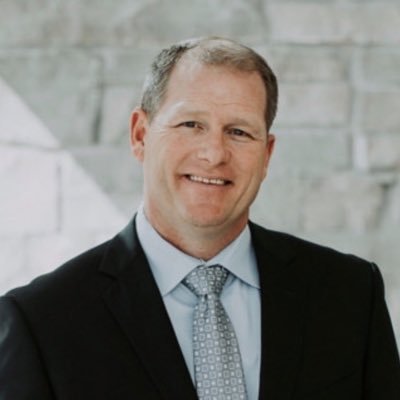 “As a tractor drives down the field, or if I’m trying to communicate with my cattle herd, that isn’t going to be done via fiber, but fiber plays an integral role,” Arndorfer said.

FCC Commissioner Mike O’Reilly echoed Arndorfer, saying he would like to see what next-generation technology holds, whether it is using 5G wireless services or satellite connectivity.

The 2018 farm bill included language directing the FCC to create a task force which will come up with policy recommendations to promote expanded deployment of broadband internet access service on agricultural lands. Meanwhile, Congress continues to write legislation.

In November, Sens. John Thune, R- S.D., and Roger Wicker, R-Miss., introduced the 5G Spectrum Act. The bill makes mid-band spectrum available for a public auction process. It would specifically require at least 50% of the value of auction revenues to be reinvested back into the U.S. Treasury.

“This legislation, which is a win-win for taxpayers, would quickly free up much-needed spectrum — the airwaves over which digital information flows — and, as a result, put more money back in the U.S. Treasury,” Thune said.

On Tuesday, the FCC opened bidding on spectrum in the upper 37 gigahertz (GHz), 39 GHz, and 47 GHz bands and is making 3,400 MHz of millimeter-wave spectrum available through this auction.

“It represents the largest amount of contiguous spectrum available in the millimeter-wave bands,” Pai stated.

Pai noted this auction is different from the broadcast incentive auction Congress authorized years ago but has the same goal of clearing or repacking existing licensees to make spectrum as useful as possible, boosting competition and benefitting consumers.