Gov. Gavin Newsom issued an executive order yesterday tasking agencies with making state facilities available for housing the state’s massive homeless populations. The order calls for CDFA to assess fairgrounds as shelters in areas where a housing crisis is in effect.

The executive action also directs the state to supply 100 camp trailers as well as modular tents as temporary emergency housing.

Keep in mind: The state has increasingly used fairgrounds for staging emergency operations and housing evacuees during wildfires and earthquakes. Yet this is likely the first time it deploys those resources for housing the homeless.

ICYMI: The governor also announced his coming budget proposal will include $1 billion from the General Fund to jumpstart a new homeless fund. 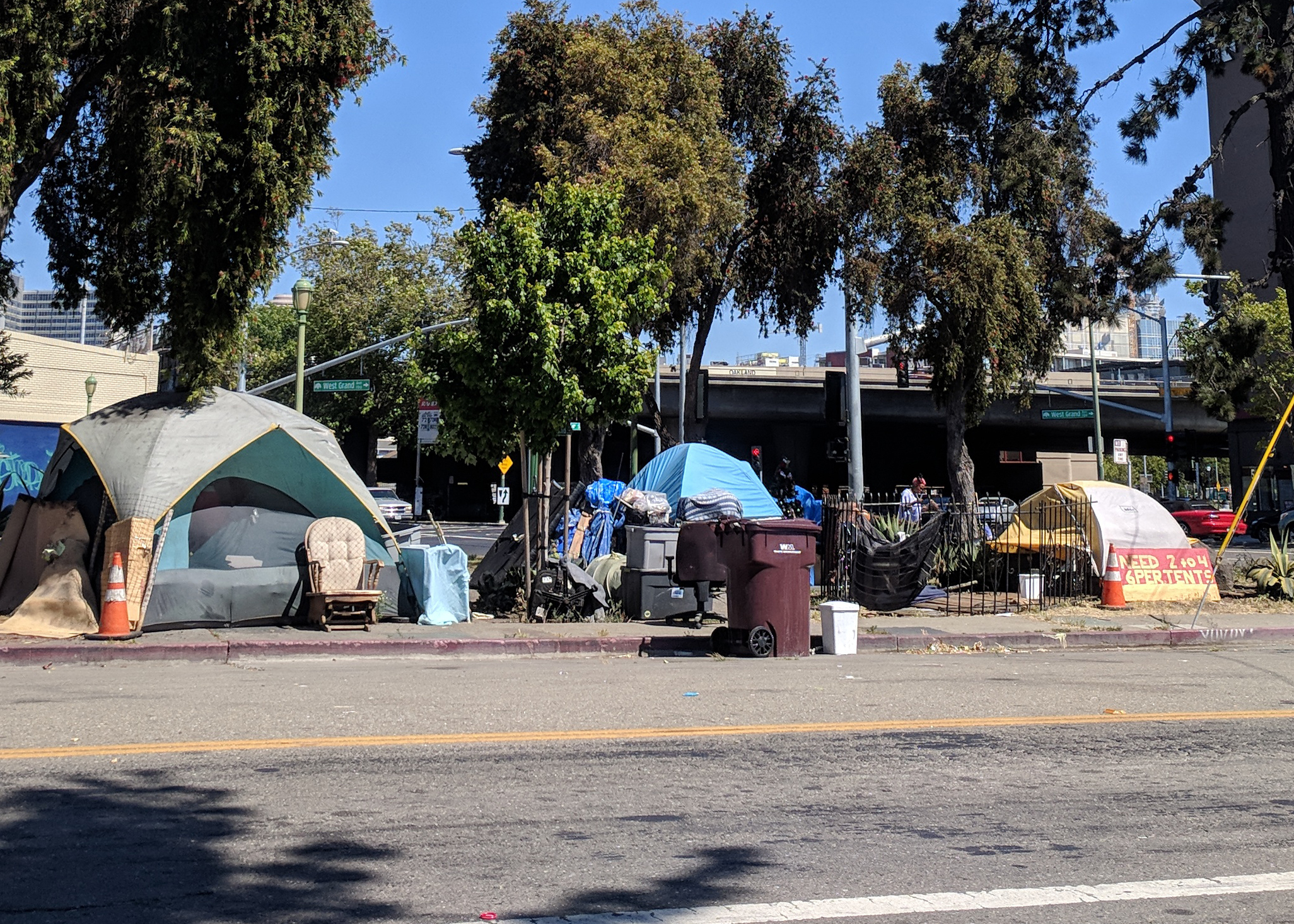 Closed-door negotiations are taking place among lawmakers, the governor’s administration and industry stakeholders over the return of a single-use plastics measure. This means the Legislature will soon “hit the ground running” on that initiative, according to CDFA Sec. Karen Ross.

Ross also mentioned the discussions have grown complicated because of food safety and food waste concerns. The California League of Food Producers argued last year this type of packaging reduces contact with shoppers and stockers, which protects food from bacteria and prevents harm to produce.

Remember: The Legislature was expected to pass in September two bills from the Assembly and Senate on single-use plastics. Yet an unexpected delay by protestors enabled the controversial environment bill SB 1 to be pushed through instead, which was later vetoed. Final-hour revisions, along with logistical hurdles in implementing the measures, likely contributed to the bills’ demise as well.

The bills would have mandated a 75% reduction in single-use plastics by 2030 through recycling, composting and alternative sources.

On that note: The Legislative Analyst’s Office recently issued a report on a ballot initiative proposing a similar measure. It found the included tax on packaging and foodware would bring “a few billion dollars annually” to the state, covering the implementation costs.

Yet the measure could have “potentially significant” impacts on local governments, who would have to collect more recycling. The LAO suggested the state could charge packaging producers to cover those costs, among other options.

The Federal Communications Commission is preparing to put more than $20 billion in rural broadband projects over the next 10 years, starting with areas that currently have no high-speed internet service.

Under a two-phase plan detailed by FCC Chairman Ajit Pai on Wednesday, the first $16 billion would be targeted to unserved areas. The second phase for what’s being called the Rural Digital Opportunity Fund would use updated mapping data to target areas that currently have partial service.

Take note: The FCC’s existing broadband maps have been widely criticized as inaccurate and tilting against California. The state’s underserved counties have received none of the $600 billion in funding from USDA’s ReConnect program as a result.

Yet the plan says it doesn’t make sense to wait for the maps to be updated before starting the first round of funding. That “would only further disadvantage the millions of Americans that we know do not have access to digital opportunity,” the FCC says.

The commission is due to vote on the plan Jan. 30.

House Democrats still want to move an infrastructure bill this year, says Majority Leader Steny Hoyer, D-Md. He didn’t say what that would entail, but the best chance for action on infrastructure would be another two-year water projects authorization bill. 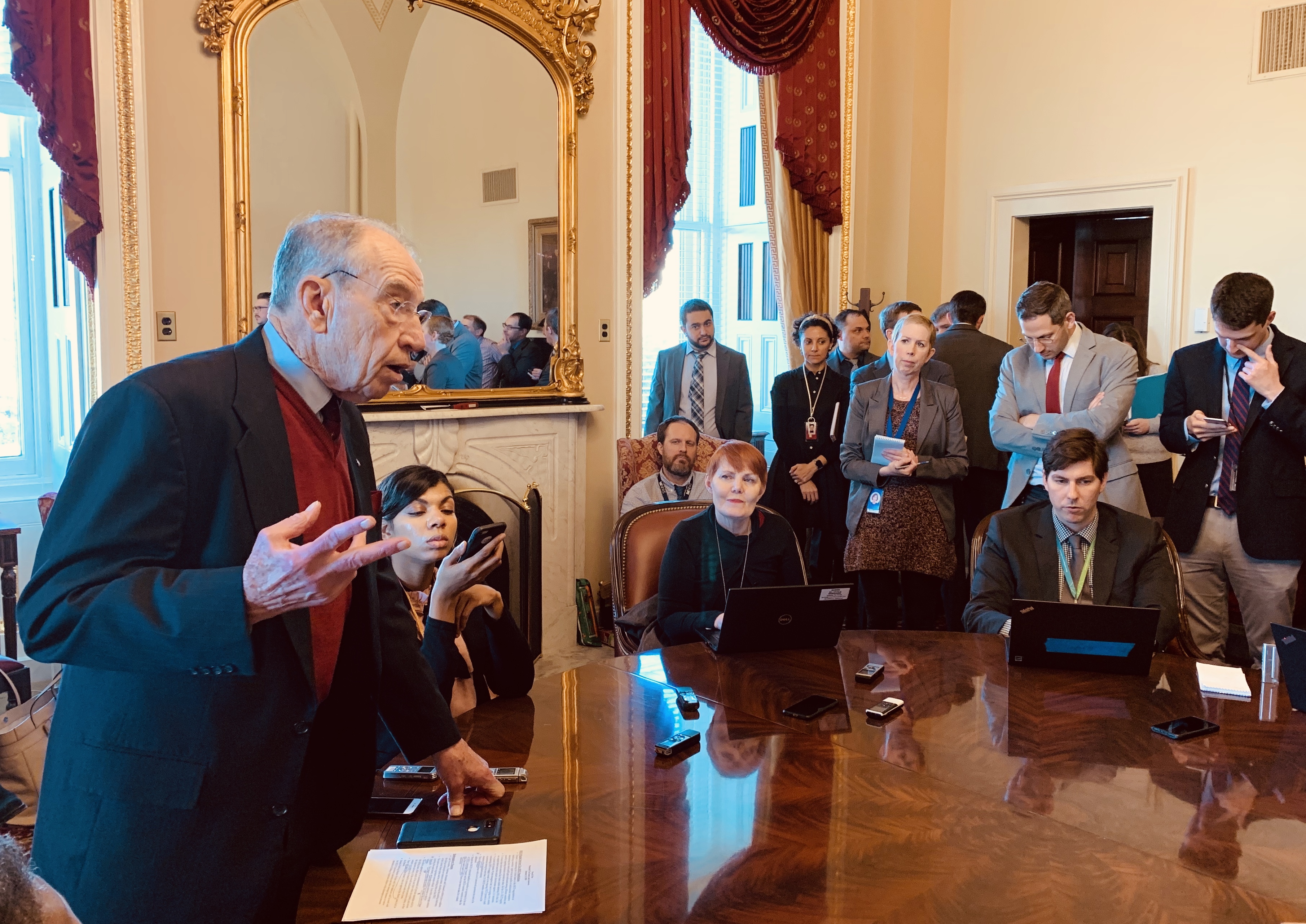 Chairman Grassley talks about his 2020 agenda.

Senate will have eye on China ag purchasing

Senate Finance Chairman Chuck Grassley says one of his committee’s top priorities this year is to oversee the “phase one” trade deal with China that’s expected to be signed next week. And that means the committee will be watching to make sure that China is making the increased purchases of U.S. farm commodities it has promised, Grassley says.

Leaders of the House Energy and Commerce Committee have announced the outline of a CLEAN Future Act, which aims to make the U.S. carbon neutral by 2050. (The Green New Deal target is 2030.) Among other things, the draft bill would require power companies to provide 100% clean energy by 2050 and accelerate the transition of the transportation sector to low- to zero-carbon fuels.

The bill won't deal with agriculture directly but would create a National Climate Bank to fund projects, including those involving agriculture, that reduce greenhouse gas emissions.

Keep in mind: Democrats are laying the groundwork for moving climate legislation in 2021, but they would need to win control of the White House and the Senate to make that happen.

A California version of the Green New Deal was also introduced in the Legislature this week by Democratic lawmakers. The bill, AB 1839, is vague on details and does not commit a dollar amount. Instead, it would create a council to report back with solutions.

The actions would add to California’s climate goals and phase out fossil fuel use, while also increasing access to healthy food, tackling homelessness and boosting affordable housing.

“A big part of all of this is convincing buyers they can rely on the LGMA standard and not go crazy with two-mile buffers and things like that." – Scott Horsfall, CEO of the Leafy Greens Marketing Agreement, updating the State Board of Food and Ag on new water standards for LGMA member growers.