Legislators are scored on food-related work

A coalition of food and ag groups focused on sustainability and racial equity issued its annual scorecard last week ranking legislators and the governor on their 2019 policies. In its report, the California Food and Farming Network granted scores of 100% to 49 assemblymembers and 21 senators. Their analysis tracked 22 bills throughout the year – most of which focused on healthy foods rather than agriculture.

Gov. Newsom was given a C for having vetoed AB 417, a measure proposing a CDFA economist -- he later inserted it into his budget proposal. The group did recognize as a win Newsom’s decision to cancel what it described as “the brain-damaging pesticide” chlorpyrifos.

The group also recognized Asms. Cecilia Aguiar-Curry of Winters and Monique Limón of Santa Barbara with leadership awards for their bills on school food, rural broadband and helping farmers adapt to climate change. 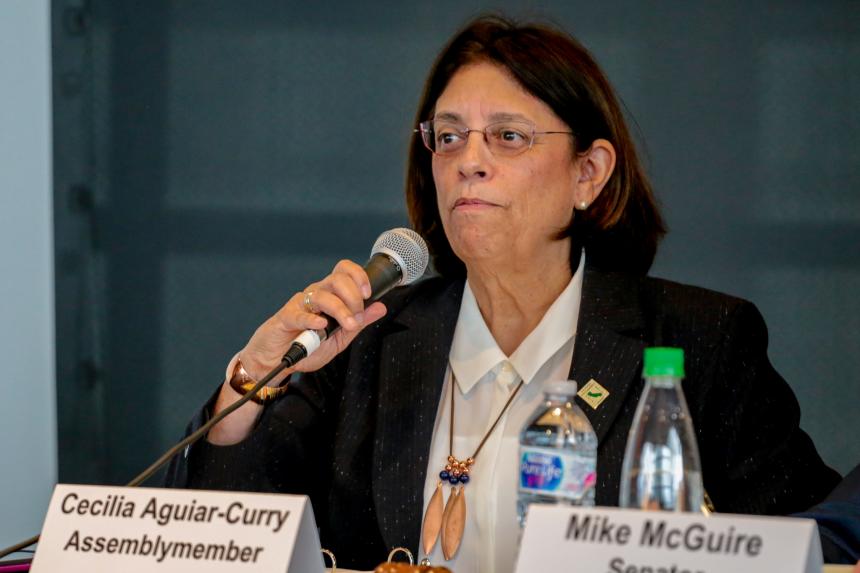 Growers will track and refine their practices to reduce greenhouse gas emissions. Sixteen farms and wineries spanning a range of soil types and topographies are already participating. The program also meets state and federal climate and soil health goals.

“We will be developing and implementing a variety of local solutions based on real data to combat and reduce GHGs,” said Winegrowers President Karissa Kruse in announcing the campaign during a recent trade show.

Keep in mind: The county won’t have far to go to meet those goals. In September, the winegrowers announced that 99% of Sonoma vineyards are certified sustainable.

On that note: A report this month by Silicon Valley Bank details a polarized wine industry, with 25% of the businesses struggling while the same amount deliver record years.

Vice President Rob McMillan, who heads the bank’s wine division, pointed to an oversupply issue that is due to “missing the mark on consumer expectations.” He said to expect the fallowing of vines in every region, but particularly in Monterey and Paso Robles. 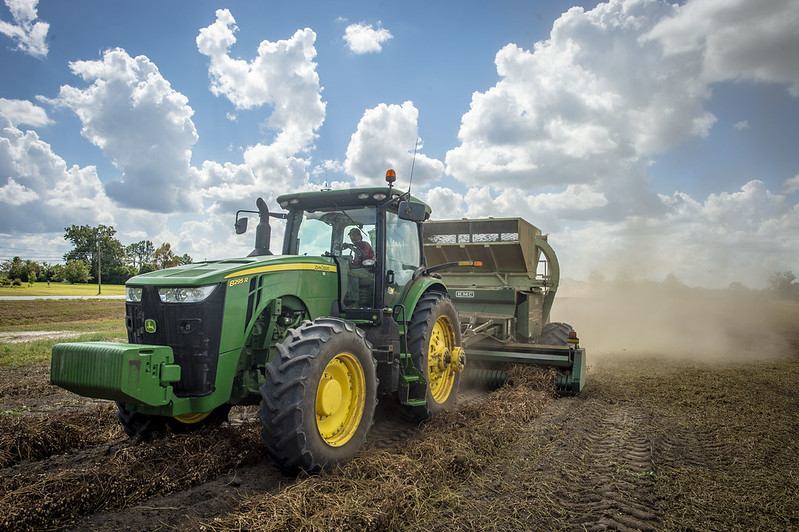 The San Joaquin Valley Air Pollution Control District passed a rule in 2004 to minimize fugitive dust from ag operations. With a menu-based approach for mitigation options, farms and dairies have had to develop and submit plans outlining their conservation management practices.

Now a number of ag groups are working with the district and the USDA Natural Resources Conservation Service to host a series of workshops throughout the valley to educate and assist farmers with the plans.

Sen. Chuck Grassley, R-Iowa, says he expects the EPA to release the new “waters of the U.S.” rule before the end of the week. The rule was expected to be announced at the Farm Bureau convention, something that ultimately didn’t happen.

The rule will reduce federal jurisdiction over wetlands and streams compared to the Obama-era version that the administration has already repealed. So, releasing the new WOTUS while the Senate impeachment trial is underway means criticism of the rule will likely be lost in the news from Capitol Hill. Most farm groups, of course, are likely to welcome the rule.

India, UK next in line for trade deals

Grassley, who chairs the Senate committee that oversees trade policy, says the next trade agreements are likely to be a somewhat limited deal with India and a more comprehensive deal with the United Kingdom.

Grassley said he wouldn’t object to delaying a third possible deal with Taiwan to avoid angering China and disrupting the next phase of negotiations with the Chinese.

American Farm Bureau Federation delegates added support for the continuation of the Market Facilitation Program to their policy book Tuesday over the objection of some members who said such language ran counter to the organization’s “trade, not aid” mantra.

For more on the actions taken by AFBF delegates, a look at more details on the U.S.-China trade relationship, and how growers are approaching their upcoming ARC-PLC decisions, check out this morning’s Agri-Pulse newsletter.

President Donald Trump is using his meetings at the Davos World Economic Forum to try to jumpstart negotiations on a trade pact with the European Union. Both he and European Commission President Ursula von der Leyen confirmed they are in talks on what Trump called “a big trade deal.”

“In the coming months, there will no doubt be a lively debate about the specifics of the Climate Resilience Bond.” - Ellen Hanak, water policy director for the Public Policy Institute of California, in a blog post summarizing the governor’s budget proposal and Water Resilience Portfolio draft.

On that note: One climate bond proposal must pass a critical milestone at Thursday’s Senate Appropriations Committee hearing.

Daybreak: Healthy Soils, hemp and water on agenda this week
Daybreak: Amidst a flurry of new bills are measures on broadband, olive oil and sustainable ag