State agriculture departments and a broad cross-section of the hemp industry are telling USDA its rule governing domestic production will hurt the nascent industry by imposing sampling and testing requirements that are virtually impossible to meet.

At least 30 states have told the National Association of State Departments of Agriculture they "will have to revise their own laws in order to comply" with the rule's requirements," NASDA President Barb Glenn said. "Without some flexibility, this could exacerbate competitive differences between the states
and hamper growth of the national industry.”

“NASDA is concerned that in several key areas the rule either lacks clarity or fails to provide the flexibility many states will need to meet the federal requirements in a way that best facilitates the development of hemp production,” the association said in comments released Jan. 28.

Among NASDA’s recommendations: Remove the requirement that hemp samples be tested for THC at laboratories registered with the Drug Enforcement Administration; allow states to work with state law enforcement officials, not DEA, to dispose of noncompliant hemp; and raise the “negligence” threshold for THC content from 0.5% to 1%. USDA's interim rulemaking specifies that producers will not commit negligent violations if they use “reasonable efforts to grow hemp” and the plant does not have a THC concentration of more than 0.5% Growers who exceed the negligence threshold in three of five years would be prohibited from growing hemp for five years. 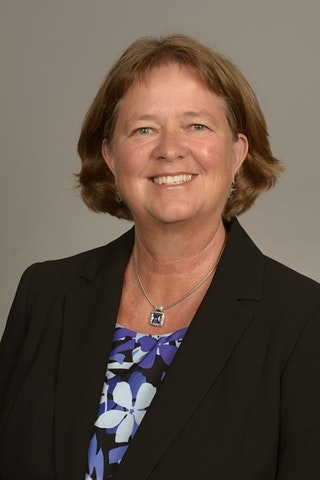 The legalization of hemp in the 2018 farm bill forced USDA to come up with nationwide regulations, which were published in an Interim Final Rule in November. The comment period for the IFR ends Jan. 29, but USDA already has received more than 2,000 comments, many of them highly critical of the department’s regulations.

In fact, many states are planning to stick with the looser parameters of the 2014 farm bill’s pilot program, which gives them the primary authority to set standards for testing and harvesting, instead of submitting a plan for approval by USDA. The 2018 farm bill calls for states to administer a USDA-approved plan, but also lets states operate under the purview of the pilot program until Oct. 31.

But the 2018 bill's rulemaking “imposes requirements that: are costly for regulators and producers; difficult to administer and comply with; and are a significant economic disincentive to grow hemp, particularly as a commodity crop for seed and fiber,” New York’s Department of Agriculture & Markets said.

Sampling and testing requirements received a large share of the criticism in comments. The rule requires growers to take samples from the plant’s flowers in a 15-day window before harvesting to get the “truest measurement” of the level of THC in the plant. (The new hemp law requires THC be no higher than 0.3% by dry weight.) Then the sample has to be tested by a laboratory registered with the DEA.

“The 15-day testing window creates inherent, unreasonable, and undue stress and risk on the state ag departments and on the industrial hemp grower,” said Sara Kietzer, a Minnesota hemp grower. Her state's Department of Agriculture (MDA) said "it is not practical to have a farmer’s hemp harvest dictated by our ability to sample and test a field. It is imperative that sampling and testing requirements are practical while still ensuring the industry is meeting requirements of the law.”

Vote Hemp, which identifies itself as “the nation’s leading and longest-serving advocacy organization for federal policy regarding [U.S.] hemp farming and hemp product manufacturing,” offered more detail, saying “after extensive discussions with farmers, laboratories and state regulators, it is clear that allowing only 15 days between sampling and harvest is inadequate and unworkable due to labor constraints, weather, and the lack of DEA-registered laboratories.”

The group said, using USDA’s own information, that there are only 44 DEA-registered laboratories that meet USDA requirements in the nation, with many states having either one or none.

“For example, Tennessee had 3,200 hemp production licenses in 2019 (under the previous 2014 farm bill), but only one DEA-registered laboratory is currently listed for the whole state,” making it “impossible for a single laboratory to properly analyze samples from each of these licensees within the time frame specified in the IFR,” Vote Hemp said.

Some growers can take weeks to harvest their crops because of “labor-intensive hand harvesting methods,” Vote Hemp said. “Existing mechanical harvesting methods are either unavailable for hemp plants or cost-prohibitive to average farmers.”

The group recommended USDA allow for 45 days between sampling and harvest.

Requiring samples be taken only from flowers in the top third of the plant also came in for criticism. Flowering tops typically have higher THC concentrations than the lower two-thirds of the plant, and restricting sampling to those flowers will not provide an accurate representation of the amount of THC, some commenters said.

Kietzer suggested testing “the whole plant” to get an accurate representation of THC levels, especially since hemp has uses beyond production of cannabidiol, or CBD — as biomass and industrial components. Vote Hemp recommended sampling floral materials from the top, middle and bottom third of the plant.

The MDA recommended USDA allow states and tribes to include post-harvest testing in their plans. Minnesota, which is sticking with the pilot program for 2020, said the varieties of hemp plants grown for CBD “are not stable and are highly variable.”

“CBD production can result in passing a pre-harvest test, only to find THC levels have spiked later,” MDA said. “In this case, it is likely some processors would not accept the crop. Allowing for post-harvest testing ensures the harvested material complies with federal and state law.”

MDA also said that “hemp crops that test above the 0.3% total THC limit but under negligible levels should be allowed to enter commerce under a regulatory scheme that requires remediation and testing after remediation to ensure final products meet the definition of industrial hemp.”

For example, if the hemp is above 0.3% THC, it could be blended with hemp that tests lower in THC, MDA said, adding that law enforcement authorities in the state say “they do not consider negligible amounts of THC (1%-3%) worth investigation.”

Under the rule, hemp crops above the “acceptable hemp THC level” would have to be destroyed by someone authorized under the Controlled Substances Act (CSA) to handle marijuana, such as a DEA agent. The acceptable level “is when the application of the measurement of uncertainty to the reported [THC] concentration level on a dry weight basis produces a distribution or range that includes 0.3% or less,” according to the IFR.

Vote Hemp, however, said the farm bill mentions “disposal,” not “destruction,” which “poses a great risk of economic hardship on hemp farmers, who may invest upwards of $35,000 per acre for planting.”

“Congress did not intend for USDA to be bound by the CSA or DEA regulations for the disposal of a noncompliant crop which was not done intentionally or knowingly,” Vote Hemp said. “Congress explicitly granted USDA sole authority to regulate all plants produced pursuant to the 2018 farm bill, including noncompliant hemp.”

USDA said the IFR the rule will be effective for two years, and then will be replaced by a final rule. Vote Hemp President Eric Steenstra said his group is urging USDA to issue another IFR “as soon as possible.”

A USDA spokesperson said "the interim final rule stated that USDA will issue a final rule within two years. The USDA is providing this timeframe to not only gather comments ... but to also allow for a full season of planting to gather as much information as possible to finalize the rule."