It’s been less than a month since the U.S.-Japan Trade Agreement kicked off on Jan. 1 and the outlook for U.S. beef, pork and dairy exports is already rosier.

Japanese tariffs on U.S. beef, pork and dairy dropped sharply on the first day of 2020, putting U.S. suppliers on even footing with foreign competitors that were already benefitting from lower tariffs under trade deals with Japan.

For beef and pork, the U.S. Meat Export Federation is expecting much more than just the old status quo. The group is expecting U.S. exports will increase along with demand.

“The fact that Japanese consumers are going to be shouldering less of the tariff burden should increase consumption,” said Joe Schuele, a spokesman for the U.S. Meat Export Federation.

In other words, as tariffs go down and beef and pork get cheaper, Japanese consumers will buy more, pushing up demand for imported meat higher than ever before. It’s a process that will extend for years to come.

But the outlook wasn’t always so rosy. One of President Donald Trump's first official acts was to pull the U.S. out of the Trans-Pacific Partnership with Japan and 10 other countries. The pact survived the withdrawal and went on to start up without the U.S. 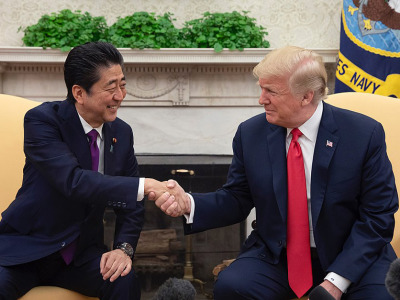 U.S. beef and pork exports to Japan began slipping last year as the renamed Comprehensive and Progressive Agreement for Trans-Pacific Partnership, the moniker for the new trade deal among TPP countries, got up and running.

The U.S. exported just $1.8 billion worth of beef and $1.14 billion worth of pork to Japan in the first 11 months of last year. That was about a 7% decline for beef and a 6% drop for pork and the reason was obvious: Japan cut tariffs on meat from Australia, Canada and Mexico as a condition of the CPTPP, and the European Union was benefitting from a separate deal with Japan — pacts that didn’t include the U.S.

But under pressure from ag and other sectors, the U.S. convinced Japan — the largest value market for U.S. beef and pork — to negotiate a bilateral trade pact that secured most of the CPTPP benefits for American farmers and ranchers.

For pork, Japan will eliminate a 20% tariff on ground pork and a 10% tariff on sausage within six years. Japan also agreed to immediately cut in half a 4.3% tariff on all fresh, chilled and frozen pork as well scale back its “gate price” system that’s often used to set prices on imports in an effort to favor domestic product.

And now that U.S. beef and pork are on a level playing field again with international competitors for Japanese imports, American exporters are expected to begin shipping more.

“Everybody is going to be competing for what is essentially a larger market now as consumers capitalize on these lower tariffs,” Schuele said, but stressed U.S. exports will increase for two basic reasons.

“We feel we’ll be able to displace some competitor’s product, but in addition to that, we will also be able to capitalize on increased consumption.”

An example of that can be seen in South Korea. The country lowered its beef and pork tariffs and consumption rose quickly. Per capita beef consumption jumped from 22 pounds to 27.5 pounds over the past several years.

“That’s a good model for what we expect to see in Japan,” Schuele said. “You’re not just elbowing for the same space you were competing for. You’re competing in a larger market.”

But the U.S. meat industry isn’t waiting for market forces to take effect. USMEF, with funding from the USDA’s Market Access Fund and the National Pork Board, is conducting seminars and tasting events across Japan in cities like Osaka, Nagoya and Sapporo to try to convince local retailers and distributors to choose U.S. product over other foreign product.

January should be an especially big month for U.S. beef and pork exports to Japan, Schuele said. That’s because Japanese importers held back in December, waiting for tariffs to drop in January.

That’ll create a big bounce in January, but the industry will be more focused on success in the months to come.

“What you really need to watch is how much of that bounce continues,” he said. “We would hope to see a sustained increase in demand.”

While exports have gotten a boost from the falling tariffs, Castaneda stresses the dairy sector is primarily relieved that it won’t be losing business as it was before Japan dropped its tariffs on Jan. 1.

Exporters from Australia, New Zealand and the EU had the U.S. at a disadvantage for too long, he said, although American producers did not get everything they were after in the Japan trade deal.

“Yes, we’re expanding, but the critical element for dairy is that we’re not going to lose our market share (in Japan),” Castaneda said.