Attorneys for Bayer and thousands of plaintiffs around the country who allege Roundup caused their cancer are trying to negotiate a settlement of the litigation.

The clearest sign that talks had reached a critical stage came last week when a trial scheduled to begin in state court in St. Louis was delayed indefinitely so negotiations could continue.

Bayer, which bought Monsanto in 2018 for $63 billion and inherited its herbicide cases, said the parties had agreed to the delay so they could “continue the mediation process in good faith under the auspices of Ken Feinberg, and avoid the distractions that can arise from trials.

“While Bayer is constructively engaged in the mediation process, there is no comprehensive agreement at this time,” the company said. “There also is no certainty or timetable for a comprehensive resolution.”

Feinberg, one of the best-known mediators in the country, was appointed by federal judge Vincent Chhabria, who is presiding over federal Roundup cases in California. He is perhaps best known for serving as special master of the federal government's Sept. 11th Victim Compensation Fund, but he also served as administrator of the BP Deepwater Horizon Disaster Victim Compensation Fund. 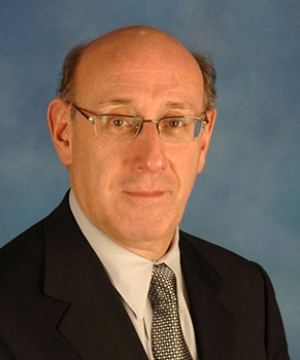 Feinberg’s comments over the past few weeks to news organizations have fueled speculation about a settlement.

He told Bloomberg News earlier this month he was “cautiously optimistic” a comprehensive deal would be reached in about a month. He also said the caseload was as high as 85,000, about twice the number previously reported by Bayer. (Bayer called Feinberg’s number “a speculative estimate about the numbers of plaintiffs who might be included in a potential settlement.”)

Feinberg seemed to tamp down the optimism in a subsequent Reuters report, telling that news organization he was “cautiously optimistic that a settlement will ultimately be reached.”

Then, a few days ago — after Bloomberg cited “people with direct knowledge of the negotiations” to report the settlement amount being discussed was around $10 billion — Feinberg told Bloomberg in an email that “any details about what may constitute a comprehensive agreement are pure speculation as to both dollars and eligibility criteria.”

Feinberg did not respond to email or phone messages asking for comment.

Close to 80% of Bayer investors expect the company will settle for approximately $10 billion to $16 billion, Bernstein analyst Gunther Zechmann told Agri-Pulse. Zechmann said the numbers came from a survey he conducted.

Stephen Tillery, a lawyer in St. Louis who has represented plaintiffs in “toxic tort” litigation but is not involved in the Roundup litigation, said both sides are in a difficult spot in deciding whether to move ahead with further litigation.

Bayer has lost three cases in the trial courts, where juries together awarded more than $2 billion to plaintiffs. Those awards were reduced by judges in those cases to less than $200 million, and Bayer has appealed the verdicts. The federal 9th Circuit Court of Appeals could take up one appeal this spring, but a decision is far from imminent.

“Everybody has everything to lose,” said Tillery, the senior member of Korein Tillery law firm in St. Louis. “Bayer is essentially betting the ranch if they proceed” with litigation.