Lawmakers are expressing confidence that they can pass a water projects authorization bill this year despite the distraction of campaigns that will determine control of both Congress and the White House.

Congress has adopted a schedule of reauthorizing funding for waterways and port projects every two years, a sign of the bipartisanship that has surrounded this issue even as lawmakers have struggled to agree on much else. The bills essentially create a blueprint for improving the nation’s inland waterway system, including which projects get prioritized.

The House Transportation and Infrastructure Committee and the Senate Environment and Public Workers Committee, the two panels that take the lead in writing the bills, have been inviting inland waterway stakeholders to provide feedback on what projects should be at the top of the list.

Soy Transportation Coalition Executive Director Mike Steenhoek is focused on getting funding for improvements on critical locks and dam facilities along the upper Mississippi River.

“(They need) to continue to move forward on a project to really emphasize some of these critical locks and dams north of St. Louis and a couple of them that are on the Illinois river, where a lot of corn and soybeans are used,” Steenhoek told Agri-Pulse.

Within America’s inland waterway system there are more than 200 locks that move 60% of the country's exported grain, or about 582 million tons of products every year, said Mike Toohey, President and CEO of the Waterways Council.

“Over 60% of our locks are beyond their design life,” Toohey said. “In this bill, we are looking for a couple of authorizations for new locks.”

For the existing locks to be modernized, Congress needs to continue authorizing the full amount of barge tax revenue flowing into the Inland Waterways Trust Fund (IWTF). The tax is supposed to fund 50% of the cost of modernizing locks and dams.

Annual funding for the IWTF increased in the president’s budget from $35 million in 2019 to $111 million for fiscal year 2020, according to a Waterways Council analysis. Annual Congressional appropriations increased from $329.8 million in 2019 to $335 million in 2020. In the budget released earlier this week, the White House suggests no funding for four IWTF-funded projects already under construction, something WCI said would shut the projects down for a full fiscal year. "Workers would be laid off, and costs would increase when the projects restarted," the group noted in a release.

Even after Congress passes a WRDA bill, annual appropriations bills for the Army Corps of Engineers still have to include money for the authorized projects, and that doesn't always happen.

“That’s really one of the problems that has occurred in the past that the federal government doesn’t send a really strong signal that funding will be consistent in improving our locks and dams,” Steenhoek noted.

House Transportation and Infrastructure Committee Chairman Peter DeFazio, D-Ore., told Agri-Pulse he hopes to have a draft of the House WRDA bill by Memorial Day.

DeFazio said he recognizes the deteriorating condition of the nation’s inland waterways, and said increased funding for locks and dam projects is included in a $760 billion infrastructure framework he announced in January with two other House committee chairmen.

“It is the most and least expensive way to move goods — much cheaper than trucking or even rail so I want to enhance our capabilities there, but it will be in the big infrastructure package, not in WRDA,” DeFazio said.

However, he did say he hopes to get his harbor maintenance tax bill passed in the House as part of WRDA. The bill would free up around $9 billion of taxpayer dollars, providing the Army Corps of Engineers with money to maintain harbors as well as dredging.

“With this huge backlog of projects, (the Corps) is spread pretty darn thin and things are taking years and years to get done,” DeFazio said. “That will mean that the Crops will be spread a little less thin.” 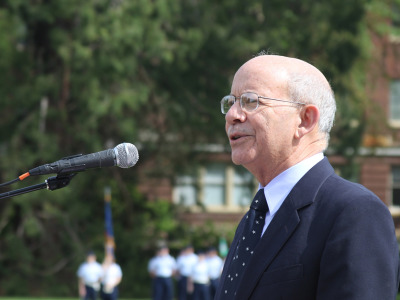 In the Senate, Environment and Public Works Committee spokesperson, Sarah Durdaller told Agri-Pulse the committee is planning to introduce and pass a water infrastructure bill this year.

Steenhoek said with this year being an election year, there is a silver lining in getting an infrastructure bill package on the president’s desk.

“One of the things both Democrats and Republicans want to be able to articulate to the American people is in the midst of all of this dissension and acrimony, we are able to get something done,” he said.

He said there has been positive momentum with WRDA passing over the last five years and said stakeholders continue to work to make sure Congress understands the funding the industry needs.