The U.S. and Kenya announced last week they are forging ahead to negotiate a free-trade agreement. While the proposed pact is expected to create new markets in the East African nation for U.S. farm commodities and equipment, the deal also promises to pave the way for new trade standards across sub-Saharan Africa.

"USA Rice will be taking a deeper look into market potential for sales of U.S. rice to Kenya and surrounding African nations as populations and demand for rice in the region grow," says Betsy Ward, the group’s president and CEO. “We appreciate the administration's robust approach to trade this year, and eliminating the duty U.S. rice faces in Kenya would go a long way to building a new market for U.S. rice."

As for Kenya alone, the country’s population could be eating a lot more American rice, but it isn’t, partially because there’s a 35% tariff on U.S. grain. It’s just one example of an obvious target for U.S. negotiators when detailed negotiations begin.

Barriers like third-party inspections and dense bureaucracy are keeping U.S. commodities out of Kenya, says Jim Sumner, president of the USA Poultry and Egg Export Council. 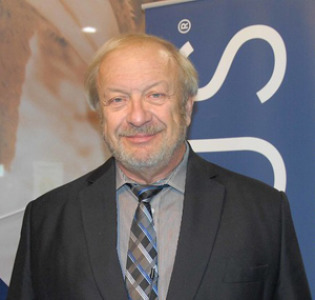 Kenya, Sumner said, is “not a trade friendly” country, and that makes it very difficult to export to. That's despite a strong reliance on imports in the country and the fact that Kenya is home to one of East Africa’s busiest ports.

Chicken, like other meat, can be hard to get for much of the population.

“We understand that the price of chicken there is pretty expensive and I’m sure (Kenyan consumers) would really appreciate access to our product,” Sumner said. “They just cannot produce chicken very economically. They have high production costs and poultry is pretty much unaffordable for most of the population.”

Indeed, the average per capita consumption of meat in Kenya is only about 10 kilograms per year, according to data from the United Nations Food and Agriculture Organization. By comparison, the average per capita consumption of red meat and poultry in the U.S. is roughly 10 times that amount, according to USDA figures analyzed by the National Chicken Council.

The biggest obstacle for U.S. exporters, Sumner said, is essentially bureaucracy. In the best of times, it is difficult to get import permits from the Kenyan government, he said. In the worst, it’s impossible. And even if an exporter gets the permit, Kenya does not accept safety certifications from USDA’s Food Safety and Inspection Service and the country often requires that a third-party company be hired to verify all of the documentation that’s required.

One Kenyan barrier to U.S. agriculture has already been removed. Kenya last week agreed to lift its ban on Pacific Northwest wheat out of concerns for the flag smut fungus. That came as a result of the two countries cooperating for the past year in a trade and investment working group. It’s a good first step, says Dalton Henry, a vice president at the U.S. Wheat Associates.

But it’s also not enough. The U.S. sells about 100,000 metric tons of wheat to Kenya every year, but that would be a lot higher if Kenya — which imports about 2 million tons yearly — agreed under an FTA to remove the 10% tariff on imports from the U.S., Henry told Agri-Pulse.

“Until we have a tariff advantage over Black Sea and European Union suppliers, logistically it’s a tough market for us to compete on when everybody is paying the same tariff,” Henry said. “If we take our 10% down to zero in a free-trade agreement, that makes up freight difference pretty quickly.”

All of the tariff and non-tariff barriers may not be sustainable in light of Kenya’s growing population and middle class. The country’s population — about 46 million — is expected to nearly double over the next 30 to 40 years, according to the FAO, which also sees GDP per capita increasing sharply in urban and rural areas.

“The growing, increasingly affluent and urbanized Kenyan population will consume more high value food products, in particular animal source foods such as meat, milk and eggs,” the FAO said in a 2017 analysis. “We can expect this preference to continue to be adopted as income increases across the population in the long term. In aggregate, consumption of beef and milk will increase by over 170% between 2010 and 2050.”

On the political front, the Kenyan government has been working to strengthen ties with the U.S. for more than a year, and President Uhuru Kenyatta stressed his priorities to improve the country’s infrastructure, combat corruption and lower barriers to business during his visit to Washington last week. His trip included a meeting with President Donald Trump.

One U.S. company contributing to modernization on the food production side of the equation is tractor giant John Deere, a company that is anxious for the U.S. to complete an FTA with Kenya, one of its sub-Saharan operation hubs.

John Deere has had to innovate to grow its business throughout the continent by focusing on smaller equipment for smaller farms and creating new credit programs, but an FTA would be very welcome, said J.B. Penn, senior advisor in the office of the chairman for the company.

“My understanding is whatever they do with Kenya would be a model agreement for other countries in sub-Saharan Africa,” Penn told Agri-Pulse. “So, to the extent that you make trade and investment easier, that would be a very positive step for companies like John Deere.”

It’s a sentiment shared by USAPEEC’s Sumner, who stressed that other African countries will see very quickly the results of reducing trade barriers and opening to new investment.

“If this could take place,” he said about the FTA, “it would be an example to other countries in Africa as to how such a trade agreement can benefit their overall economies, not to mention improve their diets and standard of living.”