EPA Administrator Andrew Wheeler has appointed John Busterud the new regional administrator for Region 9, overseeing EPA activities and operations in Arizona, California, Hawaii, and Nevada. Busterud brings over 30 years of experience as an environmental and energy attorney, most recently as the senior director and managing counsel for environment and real estate at Pacific Gas and Electric Company (PG&E), in San Francisco, from 1985-2016. He is a retired U.S. Army Colonel, served as a board member for the California Council for Environmental and Economic Balance, vice chair of the California Veterans Board and chair of the Foundation for Relief and Reconciliation in the Middle East. He replaces Mike Stoker who was dismissed a week ago. 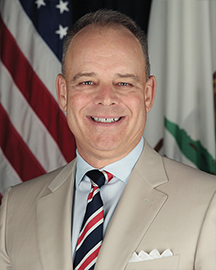 Mission Produce Inc. has hired Mike Browne as its new COO. Browne most recently served as the vice president of fresh operations at Calavo Growers. He brings over 35 years experience in the avocado industry and also served as the president and CEO of Index Fresh and co-founded Fresh Directions International in 1997.

Ocean Spray Cranberries has selected James White as the company’s interim CEO. He replaces Bobby Chacko who was let go for violating the company’s harassment policy. White previously served as chairman, president and CEO of Jamba Juice. He has also held executive leadership roles at Safeway, Nestle-Purina and Coca-Cola.

Ocean Mist Farms brought on Tom Botelho as a sales representative. Botelho brings over 30 years of experience in the agricultural industry. He previously served as director of East Coast sales for Tanimura & Antle.

Vertical growing technology company located in Laguna Niguel, Calif., Agt3 Holdings, has appointed former California Secretary of Agriculture A.G. Kawamura to its board. Kawamura served as secretary from 2003-2010, and is a founding member of Orange County Produce.

American Egg Board (AEB) President and CEO Anne Alonzo has announced she is stepping down from the position in mid-April. Alonzo wrote in a letter to the board of directors that she was afforded a “unique opportunity to join a newly public agriculture company and lead its Washington, D.C., office.” Alonzo expressed she wants to aid in the transition process to find a successor and will stay on with AEB to help lead the Annual Board Meeting and the White House Easter Egg Roll before her departure. Alonzo declined to comment on her new employer. 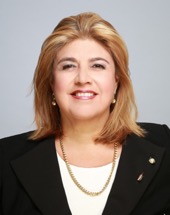 Reana Kovalcik is leaving the National Sustainable Agriculture Coalition (NSAC) at the end of the week. Kovalcik served as the associate director for communications and development. Serving as the interim press contact for NSAC is policy director Eric Deeble.

FLM Harvest has hired Cristie Mather to serve as the new vice president of food. Mather previously led food and beverage partnerships at The Fiction Tribe and also served as a communications director with the Pear Bureau Northwest/USA Pears.

Ryan Williams has been promoted to legislative assistant for Sen. Dianne Feinstein, D-Calif. Williams covers the portfolio for immigration, emergency disaster response, and transportation. He previously was a field representative.

Molly Carpenter has been elevated to legislative director covering the international affairs portfolio for Sen. Mike Crapo, R-Idaho. She previously served as his military legislative assistant. 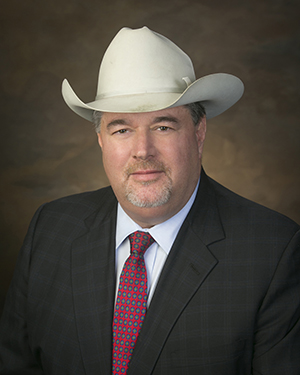 The Cattlemen’s Beef Board has announced Jared Brackett, Hugh Sanburg and Norman Voyles Jr. are the new leaders of the Cattlemen’s Beef Promotion & Research Board (CBB). Brackett, the 2019 vice chair, will now serve as the CBB’s Chair, and Sanburg will transition from his role as the 2019 secretary-treasurer to vice chair. Voyles, the newest member of the officer team, will take on Sanburg’s former responsibilities as secretary-treasurer. The three cattle producers were elected during the 2020 Cattle Industry Convention in San Antonio last week.

Michael Crowder of West Richland, Wash., is the new president-elect of the National Association of Conservation Districts. He has a master’s degree in wildlife science from Purdue University and spent eight years as an adjunct professor at Washington State University. He’ll be sworn in as NACD’s president at the group’s annual meeting next year.

Field to Market: The Alliance for Sustainable Agriculture has selected new officers for the organization’s board of directors. Selected to serve as chair is Brandon Hunnicutt of the National Corn Growers Association. Jeremy Peters of the National Association of Conservation Districts will serve as vice chair, Diane Herndon of Nestlé Purina was chosen to serve as secretary, and Michelle French of ADM was elected to treasurer.