Home » Did Newsom benefit from his pesticide policies? State law says no
WEST

Did Newsom benefit from his pesticide policies? State law says no

Gov. Gavin Newsom shared his most recent tax filings with reporters on Friday. While running for governor and serving as lieutenant governor, Newsom’s wine company and related hospitality businesses helped him earn $1.2 million, maintaining his longstanding status as a millionaire.

As governor, Newsom is now on the other side, enacting policies with the potential to benefit his wineries, or hurt them.

While the many policy decisions that could eventually impact the companies are too numerous to count, the agriculture industry has been paying close attention to how the Newsom administration has been adding new restrictions to conventional pesticides, some of which are used in winegrape growing. At the same time, Newsom’s wineries have been shifting away from chemical pesticide products.

Yet ethics experts and the administration are quick to point out that Newsom set up a blind trust before taking office, adding a degree of separation from business decisions and any potential conflicts of interest, though he still benefits from the assets.

According to his 2018 tax filings, Newsom made almost $600,000 from Airelle Wines Inc., which runs PlumpJack wineries in Napa County, according to CalMatters.

Newsom founded PlumpJack in 1992 and the group now runs four wineries. The Odette Estate Winery is certified organic, while the CADE Winery has been working toward organic status.

When CADE opened in 2009, General Manager John Conover was optimistic about the market value for organic and sustainable brands.

“Once guests experience CADE, we are confident that they will become just as passionate as we are about these world-class estate wines produced using strictly organic, sustainable farming practices,” he said.

According to 2018 pesticide use reports obtained by Agri-Pulse, the flagship PlumpJack Estate Winery in Oakville is not organic but does lean towards sustainable certification. The vineyard manager, David Pirio, is using “a very basic powdery mildew fungicide program” but no herbicides or insecticides, which is likely part of an integrated pest management strategy recommended by researchers at the University of California, according to a pest control advisor who reviewed the reports.

The decision by the PlumpJack corporation not to use insecticides dovetails with the administration’s decision last year to ban an insecticide – the first cancellation of a pesticide registration in the state’s history. While the use of chlorpyrifos (known as Lorsban) had been dropping in recent years as stricter state regulations took effect, data from the Department of Pesticide Regulations shows that winegrape growers – other than those under PlumpJack – did apply the insecticide 339 times in 2017 (the most recent DPR report) on about 26,000 acres of vineyards, with about 49,000 pounds in total. 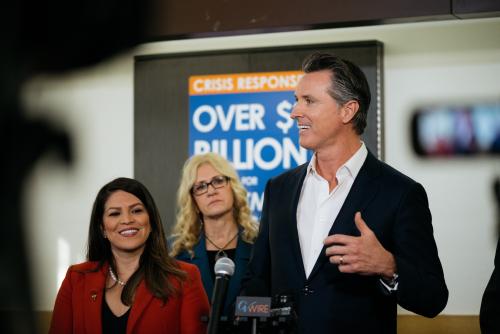 The administration is also planning to set stricter regulations on the use of 1,3-D (Telone) than any state or federal regulators have before. DPR Director Val Dolcini said recently he has been “personally involved” in adopting localized restrictions on 1,3-D in three Central Valley farming communities.

DPR’s pesticide use reports show winegrape growers applying the fumigant 39 times in 2017, on about 1,200 acres with about 383,000 pounds in total.

The decision to use fewer synthetic inputs, however, follows a much larger trend throughout California and in Napa and Sonoma especially, driven by consumer and retailer demands.

The number of vineyards certified as organic has been growing each year. In 2019, that included more than 15,000 acres nationwide, a 50% growth since 2010, according to California Certified Organic Farmers. California wine production accounts for more than 80 percent of the U.S. total. Even the nation’s organic acreage as a whole, however, remains less than 3% of the total acreage in California.

When factoring in sustainable certification, more than 85% of California’s wine production meets the standard, covering 29% of the total acreage, according to a recent report by the California Sustainable Winegrowing Alliance. In Sonoma County, 99% of the vineyards are now certified sustainable. The certification does not prohibit synthetic pesticides, but encourages growers to reduce chemical inputs through a broader IPM strategy. The process for a wine to gain the certified sustainable label involves third-party audits to ensure growing practices protect soil health, water quality, habitats and other environmental factors.

With that in mind, Bob Stern, who once served as general counsel for California’s Fair Political Practices Commission, cautioned that Newsom’s business would have to be the only one to benefit over its competitors in order for the state’s conflict of interest laws to be violated.

“There's an exception for the industry generally,” explained Stern in an interview. “But (Newsom) still has to disclose his interest until he sells them… The disqualification provisions still apply to the blind trust until they get rid of the assets.”

Stern added that Newsom himself would have to be the one making the policy as well. While the governor endorsed the decision, the chlorpyrifos cancellation last year came from Jared Blumenfeld, the secretary of the California Environmental Protection Agency. Similarly, the decisions to add further restrictions to the use of 1,3-D are also coming from CalEPA.

Disqualifying himself as governor is also much more challenging than it would be for a state legislator who may be faced with a single bill that presents potential conflicts. Last year, the Legislature sent hundreds of bills to the governor to sign, including a state budget of $215 billion brimming with new regulatory actions impacting businesses.

This year, the Legislature is just beginning the process of deciding which of the thousands of bills will be sent to the governor’s desk by October.