Daybreak April 1: Ready for you: Forgivable loans to cover payroll

Ready for you: Forgivable loans to cover payroll

Help is on the way to small businesses across the country, including farms and other ag employers. The Small Business Administration has released rules for a landmark $349 billion forgivable loan program funded by the $2 trillion economic stimulus bill.

SBA will forgive the portion of the loan that is used for payroll costs and loan payments won’t start for six months. The interest rate is otherwise 0.5%.

The sample application requires applicants to stipulate: “Current economic uncertainty makes this loan request necessary to support the ongoing operations of the Applicant.”

The latest Agri-Pulse poll of the nation’s farmers and ranchers shows there is significant support for carbon markets as a way to address climate change. About 46% of farmers say they’re interested in getting paid to help reduce greenhouse gas emissions, and that interest is significantly higher among younger producers.

We also asked farmers what they’ve done to become more sustainable and whether they think climate change has affected their operations and how it may change their practices. Read the results in this week’s Agri-Pulse newsletter and at Agri-Pulse.com.

Planning for the next stimulus bill has taken a new turn with President Donald Trump’s tweet on Tuesday that he wants to fund $2 trillion in infrastructure. “With interest rates for the United States being at ZERO, this is the time to do our decades long awaited infrastructure Bill. It should be VERY BIG & BOLD,” the tweet said.

That puts him more or less on the same page as House Speaker Nancy Pelosi, who has already said she wants Phase 4 to include infrastructure. 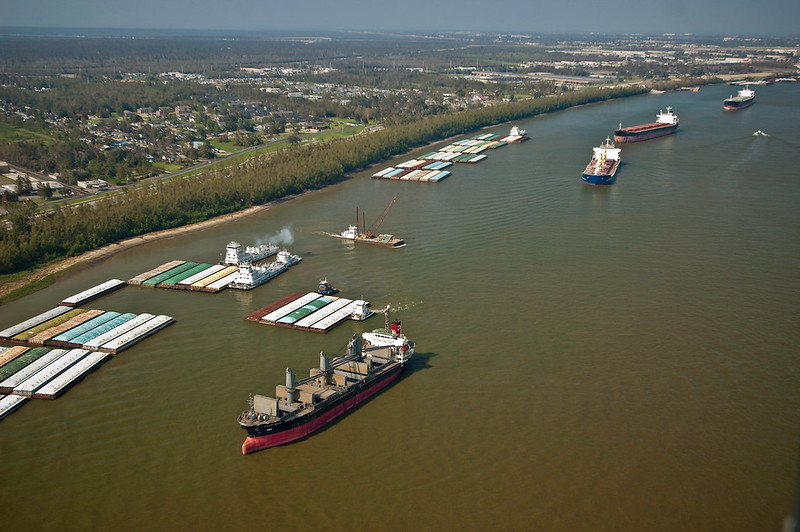 Foreign buyers turning to US

Corn importers normally preoccupied with price are starting to place a bigger value on the certainty that what they order will arrive, and that is benefitting U.S. farmers and exporters. That’s the word from U.S Grains Council President and CEO Ryan LeGrand.

Concern is rising that ports in Argentina and elsewhere won’t be able to stay open as the coronavirus spreads and the U.S. is seen as a surer bet, despite the fact that the spread of the virus here too.

Corn buyers in North Africa that traditionally only buy from South America are considering switching to U.S. sellers, LeGrand said. USGC has been closely monitoring U.S. port activity and sending out assurances to importers and that is paying off, LeGrand said.

Taiwanese buyers are even “looking to book premiums in some instances just because they know that the grain they buy from the U.S. is going to arrive on time at their port.”

Last week corn exports were at an 11-month high, he said, and pointed to a daily export sale announcement Tuesday of 113,000 metric tons for delivery to Japan as evidence that trade is still running smoothly.

A major ag equipment manufacturer is looking into how they can do more to help medical staff and others combat the COVID-19 outbreak. In an email to Agri-Pulse, John Deere and Co. said it is “exploring opportunities to produce face shields” while continuing to support local hospitals and first responders by donating personal protective equipment.

This comes as major automakers have partnered to make ventilators to help fight the outbreak.

Bayer will pay more than $39 million and alter its labeling of some Roundup products to settle a class-action consumer fraud lawsuit.

The company agreed to remove from its labeling on consumer grass and weedkiller products the statement that glyphosate, the active ingredient in Roundup, “targets an enzyme found in plants but not in people or pets,” in favor of one “akin to ‘Glyphosate works by targeting an enzyme that is essential for plant growth,’” according to the settlement.

The plaintiffs alleged the labeling was false and deceptive because the enzyme at issue is found in people and pets. “This enzyme, in beneficial bacteria, is critical to the health and wellbeing of humans and other mammals, including their immune system, digestion, allergies, metabolism, and brain function,” said the original complaint in Missouri federal court.

The Korea International Trade Association is celebrating the eighth anniversary of the free trade pact signed with the U.S. that was signed on March 15, 2012, and beef trade is being held up as the largest success story.

The year before the U.S.-Korea Free Trade Agreement, or KORUS, was signed, the U.S. supplied 38.9% of South Korea’s beef demand. In 2019, 58.4% of the beef consumed in South Korea came from the U.S. data maintained by USDA shows the U.S. exported $649 million worth of beef to South Korea in 2011. The amount has steadily risen ever since and totaled $1.8 billion last year.

It’s not just beef. KITA holds up wine as another success. U.S. winemakers controlled about 9% of the South Korean market before KORUS and in 2019 it was 13%.

Due to the COVID-19 pandemic, the United Fresh Produce Association is moving online its annual trade show that was scheduled for June in San Diego. United Fresh President and CEO Tom Stenzel says the Washington policy conference will still go ahead as scheduled in September but that the group may do more online meetings in the future.

United Fresh believes the online format will make the speakers and presentations available to a much broader audience.

He said it. “Our food supply chain remains safe, sound, and stable thanks to our farmers, truckers, grocery store workers, and others who are on the front lines.” – Agriculture Secretary Sonny Perdue on his Twitter feed.