Home » Daybreak: Farmers can expect groceries to be the top market until summer
WEST

Daybreak: Farmers can expect groceries to be the top market until summer

Farmers can expect groceries to be the top market until summer

Gov. Newsom said Friday the state’s COVID-19 models show the number of patients will peak sometime in May. He also said life will likely not return to normal in time for the start of the NFL season in August, which President Trump has suggested. The rate of decline in cases will be much more gradual than the start of the outbreak, White House public health officials have cautioned.

Newsom also worried about the potential for a “boomerang effect.” In China, the number of cases has been rising again as the country tries to revive its economy.

To avoid the same trend in California, the governor’s shelter in place order could extend through summer, with restaurants remaining closed for dine-in service, tasting rooms still shuttered and consumers dependent on grocery stores for food.

On that note: House leaders announced Friday the Legislature will not be reconvening until May 4. They had initially anticipated a return next week. 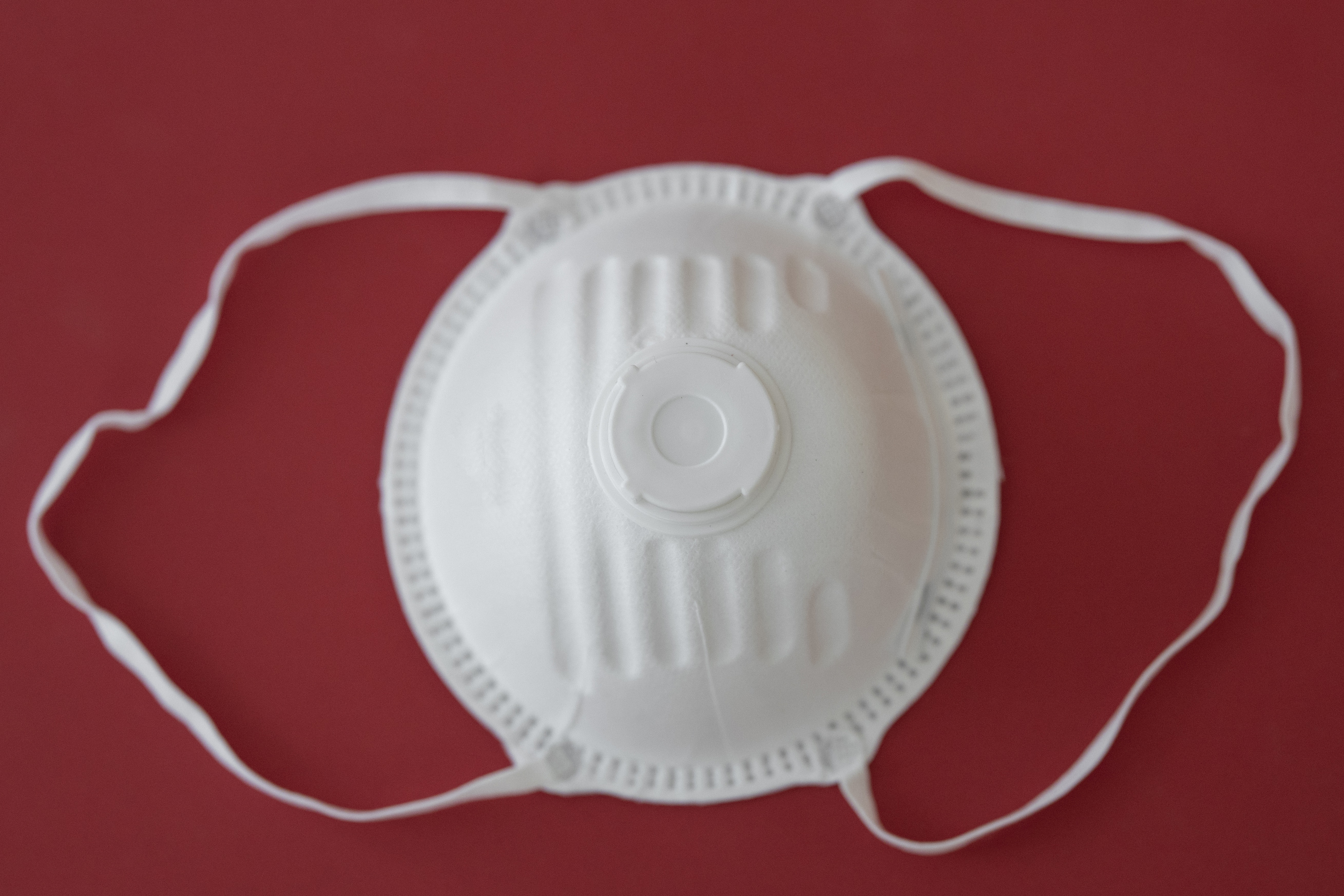 The Centers for Disease Control is now recommending people wear face coverings in public, including for farmers and farmworkers. This could include bandanas, homemade masks or scarves that cover the mouth and can be washed and used again. Officials are urging the public not to purchase N-95 masks, saving those for medical professionals.

Yet "KN-95" masks are not listed for emergency use by FDA. In China, KN-95s do meet the Chinese equivalent of those FDA standards.

“FDA generally would not object to the importation of KN95s from China but cannot assure the performance and quality of individual shipments,” according to an FDA letter sent to Family Winemakers of California.

FDA has received reports of fraudulent masks and is urging importers to verify the certification. 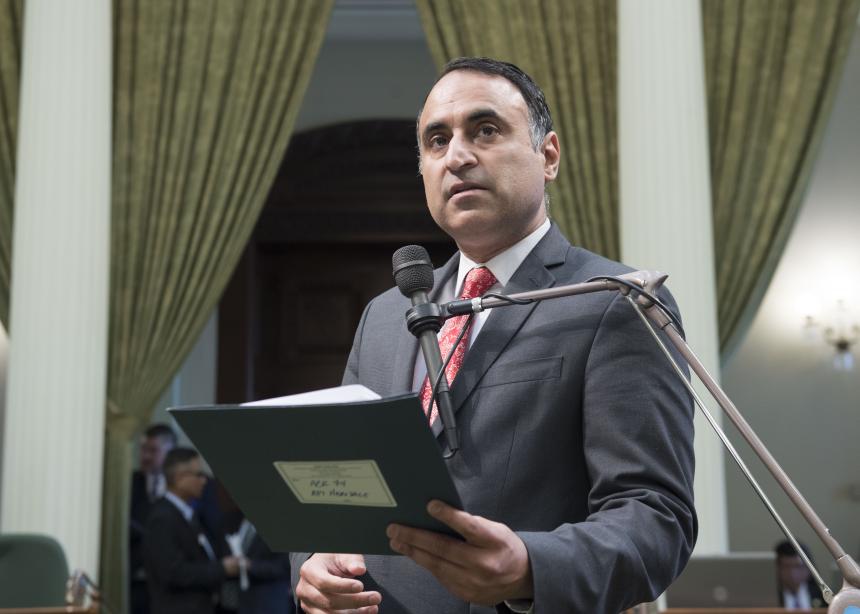 Last week, Asm. Ash Kalra sent a letter to Gov. Newsom with a number of requests for providing better care for farmworkers during the COVID-19 crisis.

He wanted to expand paid sick leave for them from three days to two weeks, add an hourly rate increase as “hazard pay” and direct the allocation of more masks to that sector. Kalra also requested paid time off for farmworkers to quarantine after a fellow worker has been exposed.

Keep in mind: The California Department of Fair Employment and Housing has confirmed that farmworkers and other employees can take leave if ill with COVID-19 or to care for an ill family member through the California Family Rights Act.

We’re now starting our fourth week of the COVID-19 national economic slowdown, and pressure is building on USDA to come to the rescue for a broad array of producers from coast to coast.

The American Farm Bureau Federation sent a six-page letter to Ag Secretary Sonny Perdue that details recommendations for spending the $23.5 billion that was included in the $2 trillion Phase 3 economic stimulus package.

The proposals are largely targeted at specific sectors – including fruit and vegetable growers and livestock producers – that don’t participate in the major farm bill programs for row crops. The department also should make direct payments to fruit and vegetable growers who have had to dump products because of the closure of restaurants and retail outlets, the letter says.

Keep in mind: Paul Schlegel, vice president of public affairs for AFBF, cautions against reading too much into the fact that some row crops were left out of the requests. “We have indicated to USDA repeatedly that this is an evolving situation that is changing rapidly, and we fully expect things to change as this plays out,” he said.

Some 42 senators from both parties have signed a letter urging USDA to expand on loan flexibility measures last month to help farmers cope with the downturn in commodity markets.

The application process is now open for the $349 billion in forgivable loans provided by the Phase 3 stimulus bill for small businesses, including farms. But bankers reported immediate frustration Friday in filing applications with the Small Business Administration.
Rebeca Romero Rainey, president and CEO of the Independent Community Bankers of America, said she was besieged with messages from frustrated bankers.

“While a handful were able to move forward with loans, too many strong community bankers had no access to the program as one of the promised online portals never went live today, and bankers were placed on hold for hours, unable to help the customers who were counting on them,” Rainey said.

She quotes one banker: “We have 80 loans now for $20 million sitting in our hands and unable to input to SBA.”

Keep in mind: The American Farm Bureau Federation released a statement late Friday saying it was satisfied that farms would be eligible for the Paycheck Protection Program.

The agency announced Friday retailers can sell cartons or 30-egg flats without any Nutrition Facts or other labeling, provided they clearly identify the manufacturer, packer, or distributor; include safe handling instructions, and make no nutrition claims. The eggs also must be sold by the complete carton or flat.

Prices for Grade A or better large white eggs are expected to more than double this week, to $3 a dozen, according to the Agricultural Marketing Service’s survey of advertised prices.

The USA Rice Federation says “cheers” after unveiling the results of its first-ever collaboration on a craft beer, a pink-hued brew made with Blanca Isabel Purple Rice from fields in Louisiana.

The alliance between USA Rice, Black Narrows Brewing of Virginia, and the DC-based Hellbender Brewing Company is now available for purchase and goes by the name of “Serves You Rice.”

"Here at Hellbender, we are all about using as many local ingredients as possible to brew our beer," said Ben Evans, owner of Hellbender. "The story behind U.S.-grown rice and their reputation for high quality grain made this the perfect adjunct ingredient for a unique and tasty beer.”

“Seventy plus thousand open jobs today in the State of California!” – Gov. Newsom, explaining to reporters how agriculture is among four sectors looking to hire workers, according to a new listing by the Fresno-based tech firm BitWise.

Daybreak: Mathis: Newsom’s top water priority should be fixing the canals
What can almond growers expect from the Biden Administration on trade policy?