Shutting down, slowing processing line speeds, and reducing work hours is becoming a reality for livestock processors as more workers contract COVID-19, and ag economists argue timing of closures in the coming weeks is everything.

Agri-Pulse took a look across the animal protein sector to explore the current state of affairs for the industry and what slowdowns — or shutdowns — of key facilities could mean to producers and consumers alike.

On Sunday, one of the largest pork processing companies in the U.S., Smithfield Foods Inc., announced the indefinite closure of its Sioux Falls, S.D., plant.

South Dakota's health department says more than 300 employees at the Smithfield facility have contracted the virus. On Tuesday, the state confirmed 988 positive cases of COVID-19. Roughly 768 people in Minnehaha County — where Sioux Falls is located — have tested positive for the virus.

“The closure of this facility, combined with a growing list of other protein plants that have shuttered across our industry, is pushing our country perilously close to the edge in terms of our meat supply,” Kenneth Sullivan, Smithfield's president and chief executive officer, said in a statement.

There have been other slowdowns across the pork industry, but for now, only the Sioux Falls Smithfield plant and a Tyson facility in Columbus Junction, Iowa, are closed. In an update Tuesday, Iowa Governor Kim Reynolds said 86 new COVID-19 cases in the state are directly tied to Tyson facility. The state had 1,899 positive cases as of Tuesday.

Tyson originally planned to cease operations at the Columbus Junction plant for a week but has not yet announced a firm date to resume operations.

Kerns and Associates Economist Steve Meyer told Agri-Pulse the closures represent some 6% of pork production capacity. He said if more plants shut down or stop buying, producers could face some tough decisions.

“The alternatives there are not good,” Meyer said. “People may have to euthanize pigs because they don’t have any place to go with them.”

However, he said producers could alter the diets and slow the growth rate on pigs in finishing barns, but pork production traditionally operates on a regimented schedule, and pigs must keep moving through the process until eventual slaughter.

Meyer said if the nation can begin to recover from COVID-19, there could be a rebound for the hog industry in the food service industry. He forecast 3% growth for pork production this year before coronavirus, but said the forecast could be reduced.

“If we come out of this by June or July, I don’t think there will be a major calamity to the size of the industry. If it lasts for year, then all bets are off,” Meyer said.

The beef industry has also seen plants slow down as workers become infected. On Monday, JBS USA announced the temporary closure of its Greeley, Colo., beef packing plant after 50 of its employees tested positive for coronavirus, two of whom passed away.

He also noted the exact size, location, and number of plants involved has an effect as larger clusters of beef plants dot certain parts of the country.

“By my assessment, no individual plant would represent over 7% of the national capacity ... there is a handful of beef plants that would be 5 ½ to 6% individually,” Tonsor said.

He said other packers could have the ability to absorb the production from a plant that slowed down, but there's currently uncertainty about how many of those plants might be slowed or shuttered and if so, for how long.

Derrell Peel, Oklahoma State University livestock marketing specialist, told Agri-Pulse last summer’s fire at a Tyson beef plant in Holcomb, Kan., provided a good case study after causing enormous ripples in the industry. But he said the coronavirus situation could be different because other plants were able to absorb processing.

“If we have multiple plants either down or restricted in terms of processing speed, we won’t have that kind of flexibility,” Peel said. “The difference this time is we face the likelihood that we could actually not be physically able to process all the cattle that are able to be processed.”

Peel also said if more plants slow down, feedlots will have to slow down placing cattle, which will lower feeder cattle markets.

This time of year is typically the busiest for the lamb and sheep industry. Now, it stands to lose $353 million as sales have dropped 35%. The industry sees its highest sales in the four weeks leading up to Easter Sunday and Passover.

One of the second largest lamb processors in the country filed for Chapter 11 bankruptcy in early March as food service companies and restaurants called processors to send orders back to the plant, said Peter Orwick, American Sheep Industry Association executive director.

“Food service distributors and restaurants said, ‘I have to cancel the order because we are being told to shut down,’” Orwick said.

He said unlike the beef and pork sectors, it is not as easy to shift product from food service to retail. The most expensive lamb retail cuts — rib or rack of lamb, for example — are mostly marketed through food service or restaurant channels.

Orwick said tens of thousands of lambs that were supposed to go to slaughter last week.

“That gives you not only cost issues but when you’re backed up, then you have to get processors to find a home for them, and you need to do it before you lose condition,” Orwick said. 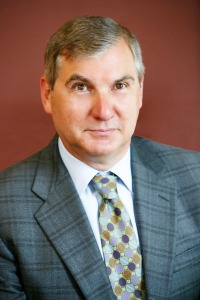 As of April 9, USDA data showed sheep and lamb slaughter under federal inspection for the week totaled 24,000, compared to 25,000 the week before and 36,000 last year.

According to ASIA, at the farm level, lamb producers are estimated to lose $125 million due to the decline in slaughter lamb prices.

For the weeks ending March 15 and March 22, ground turkey sales at retail locations were up 87% year over year, according to NTF. For the week ending March 29, the industry saw a 45% increase.

He said the industry has been fortunate because there have only been a small number of incidents at plants where employees have tested positive. They’ve either had to be sent home or placed in isolation because of exposure, he said.

The chicken industry continues to double down on efforts to keep workers safe and healthy, according to a National Chicken Council release last week.

The release noted chicken processors are practicing social distancing “not only in common areas, such as break rooms and cafeterias, but also on production lines” along with staggering breaks and stop and start times of shifts.

Some chicken processors are installing plastic dividers between workstations and increase space between workers on the production floor.