Understaffed for years, the Natural Resources Conservation Service is making a push to hire more than 1,000 employees so farmers can be assured of receiving technical assistance on conservation practices.

“We need about another 1,200 employees across the board to actually maintain peak performance across the country, so we’ve been very aggressive in working with our HR team all across the country,” NRCS Chief Matt Lohr said on Agri-Pulse’s "Open Mic" podcast April 19.

As of late January, the agency had about 8,800 full-time staff, with about 98% of them outside of Washington, D.C., and the vast majority of those in more than 2,500 offices nationwide.

“We’re making a lot of headway but we’ve got a lot of work to do,” Lohr said.

The increased hires will be welcome in rural America. New personnel are “a great opportunity to help out landowners and the rural economy,” says Coleman Garrison, director of government affairs for the National Association of Conservation Districts.

Bruce Knight, who served as NRCS chief from 2002 to 2006 and now heads up Strategic Conservation Solutions, adds that NRCS needs new people to implement conservation programs such as the Environmental Quality Incentives Program, which Lohr calls the agency’s “bread and butter” program. Under the 2018 farm bill, EQIP funding is going up from $1.75 billion in fiscal year 2019 to $2.025 billion in FY2023, compared to an average baseline of $1.75 billion over FY 2019-FY2023.

Attrition has been a problem in keeping NRCS staffed, the agency says. “During fiscal years 2016-2019, NRCS had an average attrition of about 730 staff per year, of which about half was due to retirements,” a spokesperson said. From fiscal years 2014 through 2019, NRCS lost 4,907 employees to attrition, according to USDA budget documents. 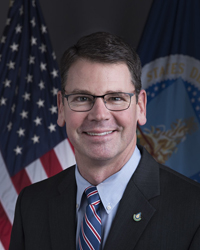 “Our agencies hired 5,002 permanent employees, while 6,954 employees left USDA, most of whom were field-based,” he said. “Already in Fiscal Year 2020, USDA faces a deficit of hiring to attrition of nearly 600 employees.”

Perdue has received limited “direct-hire” authority from the Office of Personnel Management to expedite hiring for NRCS, the Forest Service, Farm Service Agency and Rural Development, but that authority “is limited by position, location, and duration and retains many restrictive features of the traditional federal hiring process.” He asked for help in obtaining “expanded direct-hire flexibility … to fill our field and front-line positions.”

Both Garrison and Knight say the increased interest in agricultural sustainability has created a good environment for hiring. “There are greater expectations from the public,” Garrison says, mentioning issues such as hypoxia in the Gulf of Mexico and algal blooms on Lake Erie, caused in part by excess nutrients from farms, lawns and golf courses.

“A large number of folks are taking sustainability and soil health seriously now,” Knight said. Where in the past it might have been difficult finding soil scientists and engineers, the rise of the “food movement” has led to an increase in qualified candidates, he said.

Knight offered as an aside that relocations of employees at the Economic Research Service, National Institute of Food and Agriculture, and Interior Department have allowed NRCS to "pick up some really talented conservationists."

"Folks who weren’t wanting to leave D.C. are picking up empty positions at headquarters," which are the most difficult slots to fill.

Technical assistance is key for NRCS, Garrison said. “We hear a lot anecdotally about farmers not necessarily needing a contract, just the technical assistance,” he said. “Those one-on-one conversations are just as important.”

The COVID-19 crisis has left many recent college grads in a tough spot, Knight said, adding, “It’s a good time to hire.”

But COVID-19 also has thrown a wrench into a program NRCS was hoping to roll out this spring. The Conservation Agricultural Mentoring Program (CAMP) will take recent hires or relocated employees and partner them with farmers over a period of 12 to 18 months.

The goal, Lohr said, is to help NRCS employees “understand what it’s like to walk in the shoes of that farmer or rancher.” Many new employees do not have farming experience, and CAMP will give them insight into issues such as labor, crop inputs, equipment, machinery “and the risks producers navigate every day, as well as some of the cultural factors and influences that impact producers,” Gregory Shanahan, a management analyst at NRCS, said in a webinar explaining the program.

“NRCS was preparing to implement the program in 17 states as the COVID-19 pandemic began,” a USDA spokesperson said. “Due to the pandemic, those states have not been able to roll the program out, so program activities have not begun. We don’t know yet how many farmers may participate.”