The Republican race for a major farm-district House seat in Iowa appears to be tightening between nine-term incumbent Rep. Steve King and state Sen. Randy Feenstra ahead of the June 2 primary.

King has easily fended off primary challengers in previous election cycles, but Feenstra is betting that voters are tiring of the nine-term incumbent, who was stripped of his committee assignments by House GOP leaders last year because of his record of racially tinged comments.

A Feenstra-commissioned American Viewpoint poll of 400 likely voters conducted April 22-23 showed King's lead has dropped to 7 points, 41%-34%, down sharply from the 53%-22% lead the incumbent had in January, according to the Sioux City Journal.

The 4th District, which encompasses northwest and north central Iowa, is the second largest agricultural district in terms of sales, behind only Nebraska's 3rd District, according to USDA’s 2017 Census of Agriculture.

King, the son of a law enforcement officer who prides himself in backing the rule of law, started his own construction company in 1975 before being elected to Congress in 2002.

According to his campaign website, since being elected to Congress he has made renewable energy one of his top priorities and boasts that his legislation providing a tax credit for ethanol and biodiesel was signed into law.

King served on the House Agriculture, Judiciary, and Small Business committees until Jan. 14, 2019, after Republican leadership stripped him of his committee seats when he reportedly asked a New York Times reporter why white supremacy was considered offensive.

“White nationalist, white supremacist, Western civilization — how did that language become offensive?” the NYT reported in January 2019. King later said on the House floor that his comments had been taken out of context and issued a press release denouncing white supremacy and white nationalism.

Feenstra, an Iowa State Bank business manager and professor at Dordt University in Sioux Center, claims he would be a more effective leader.

“Congressman King narrowly won this seat after President Trump won it by nearly 30 percent in 2016,” Feenstra told Agri-Pulse in an email. “His ineffectiveness and lack of results not only hurt this district but put Republican representation at risk.”

According to his campaign website, Feenstra has experience working on his family’s farm and has supported renewable fuels too, along with beginning farmers. Feenstra wants a seat on the House Ag Committee if elected.

“Without a seat on the Ag committee, our farmers don’t have a voice in the process, and I’ll restore effective leadership for the families of the district,” Feenstra said. 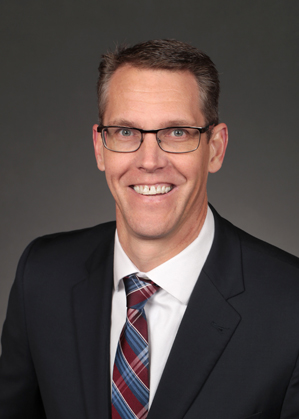 While King no longer serves on the Ag panel, he hasn't been totally cut out of farm policy issues. Last week, King received an invitation from House Ag Committee Chair Collin Peterson, D-Minn., to attend a press conference at a pork processing plant in Worthington, Minn., he said in an interview with a local northwest Iowa radio station April 29. Earlier in the week, Peterson told reporters he had asked King to look into euthanizing surplus hogs at shuttered pork plants, an effort launched last week at the Worthington JBS pork facility.

“I said, yes. When you got a friend in the chairman of the Ag committee ... absolutely, I’ll step up, with Democrats, I’ll step up for Republicans. We need to stand together and face this reality and get our plants open,” King told KCHE radio.

Despite King attending the conference, Feenstra backer Jeff Boeyink, partner at LS2 Group, a lobbying firm in Des Moines, argued he has still not been an effective politician for constituents in his district.

“I’m not aware of a single piece of legislation that he has authored and passed as member of the U.S. House of Representatives and he’s been there a long time,” Boeyink told Agri-Pulse. Boeyink argued the district is one of the “most conservative” in the state and the only district that is solid Republican.

“Yet as Republicans, we don’t get any help out of that district when it comes to our work in D.C.,” he said.

Steffen Schmidt, a professor of political science at Iowa State University, said the race has been interesting to watch this year.

“King has become useless after being thrown out of the airplane with no parachute by denying him committee assignments. He had been very quiet, which is rare for Steve,” Schmidt told Agri-Pulse in an email.

Schmidt, who lives on a farm in Story County, said he’s talked with many residents who feel King is a liability. But he said King knows how to be effective when he when he needs to be, referring to his invitation from Peterson.

“King can still work more or less behind the headlines,” he said. “A real crisis has hit agriculture and many of my neighbors ... now they need to have serious representation in Washington to save farms.”

But he did caution the 4th District has been evolving, and agriculture is less the critical issue compared to “the packing house epidemic in those facilities as well as economic distress” issues that have risen to the top.

Schmidt said Feenstra has a variety of government experience, is running good ads now, and has the backing of GOP leaders, which makes him a stronger candidate than others running against King.

“As we take on this pandemic, we need strong advocates in Congress, like Randy, who will be a champion for all Americans, and especially those in Iowa’s agribusiness community,"  Donahue said in a statement to Agri-Pulse. "As the architect of Iowa's largest income tax cut, Randy Feenstra has shown his willingness to tackle hard issues to help his fellow Iowans.” Donahue said the U.S. Chamber is proud to lend its endorsement to Feenstra and looks forward to partnering with him in the future.

Iowa Secretary of State Paul Pate, a Republican, is encouraging primary voters to fill out their ballot by mail, something Schmidt said could lead to a big turnout.

Whoever wins in June will face J.D. Scholten in November, a former minor league baseball player and intellectual property paralegal running on the Democratic ticket.

"He’s a pretty good candidate who came close to stealing the seat from King two years ago," Schmidt said. "If the Libertarian candidate had not gotten 6,161 votes, he might have won."

However, the lack of money has not stopped King from winning a race before. At the end of 2018, according to FEC filings, King’s total receipts were $876,229 compared to Scholten’s $3.3 million.

"King does not need to even campaign, which is why I mentioned that incumbency is still a powerful asset," Schmidt said.

King's campaign office did not respond to Agri-Pulse requests for comment.