Home » ‘More work to be done’: State remains behind on testing for farmworkers
WEST

‘More work to be done’: State remains behind on testing for farmworkers

California is racing to ramp up coronavirus testing in rural counties as thousands of farmworkers travel throughout the state and stay in shared living spaces.

Gov. Gavin Newsom on Tuesday said 76 of over 80 planned rural testing locations are now in operation, with the other four soon to be as well. He also announced another six sites will “go even deeper into rural California,” specifically Lake and Mendocino Counties. The administration has committed to setting up enough centers for residents to be able to travel 60 miles or less in rural areas to access free testing.

For the more remote regions, Newsom said they will soon launch “roaming tests” to expand their range and capacity. The state is also working with pharmacies on additional testing sites.

Yet some counties are already facing outbreaks within agriculture communities. In Monterey County, 40% of the 288 known cases are among agricultural workers.

“In many of the parts of my district, housing overcrowding is significant,” she said. “And in agriculture, many times people are working on machines, and they require you to stand shoulder to shoulder.”

She added that each of the six counties she represents varied in their requirements for PPE, training workers on safety standards, spaced seating on commutes and taking temperatures before work. She said it would have been beneficial to have statewide standards in place already. The Public Health Department has since issued new statewide guidance for the agriculture industry.

“There simply hasn't been enough testing capacity to do the level that we would like to do,” she acknowledged. “We don't have all of that solved today with the supply chain issue. But we're working on it.”

Dean said her team has been in conversation with local health offices on establishing more testing sites in farmworker communities, “especially for those that live in close quarters with each other.”

Sen. Mike McGuire, D-Healdsburg, reiterated that the amount of testing sites to date in rural counties was not enough.

“To be able to get from the testing site in Sonoma County to the closest testing site up north, it's a four-hour drive on Highway 101,” he said.

Madera County Public Health Director Sara Bosse agreed with Caballero that housing is an issue exacerbated by the crisis. 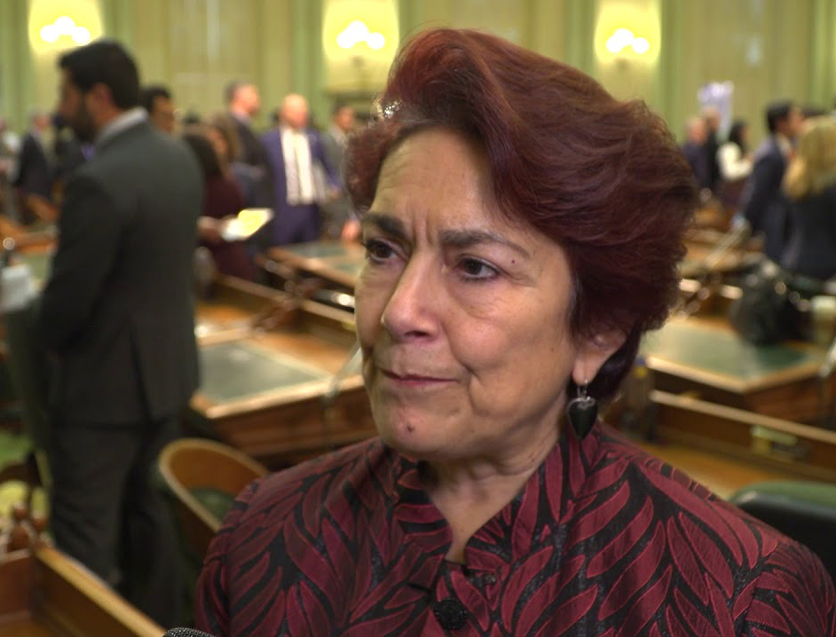 “The rural poor, as well as communities with a large farm workforce, are often underhoused,” she said. “We likely will need state support in being able to identify adequate housing through hotels for some counties.”On the PPE front, trade groups and the Newsom administration have made inroads lately. On Friday, the state provided an additional 4.2 million surgical masks to the ag community, according to Newsom.

Rupal Patel, a farm labor contractor who runs California Harvesters, Inc. in Bakersfield, elaborated on the unique challenge of having to both protect workers while also adhering to guidelines that vary by county. She was part of a panel discussion on Thursday hosted by the labor rights organization Stronger Together US.

“We are learning as we go, and there's no precedent for how we should be managing this in our fields,” she said. “We're having inconsistent processes and procedures among the various farming operations throughout the state.”

Coupled with the high turnover of the workforce and farmworkers following harvests across counties, the virus could spread like wildfire among the community, she added.

Patel also noted the financial hurdle for contractors and farmers supplying PPE, thermometers and other protective supplies for workers. She said her company has been trying to establish a fund to cover bulk purchases of PPE, as well as healthcare, childcare and food assistance for its farmworkers during the crisis. This will help them prepare resources for “unfortunately, what the system is going to bring, which is a haphazard approach of managing the crisis.