USDA is moving closer to launching signup for those $16 billion in direct COVID-19 payments that have been promised to farmers. The department is holding a webinar Thursday for farmers on the Coronavirus Food Assistance Program.

Meanwhile: The House is expected to vote Friday on a new $3 trillion coronavirus relief bill that would authorize another $16.5 billion in direct farm payments, plus additional aid for biofuels plants and dairy producers.

The HEROES Act also would authorize UDSA to compensate livestock and poultry producers who have had to euthanize hogs or destroy chickens that couldn’t be processed.

Senate Majority Leader Mitch McConnell, R-Ky., emphasized Tuesday the Senate is in no hurry to negotiate a new bill, and he derided the House measure as “aspirational.” One senator, Iowa’s Chuck Grassley, told reporters Republicans could wait two or three weeks before starting talks on a bill.

The House bill, which will be a starting point for the negotiations, covers a broad array of Democratic priorities, including aid to pension funds, an elimination of the cap on deductions of state and local taxes, aid to state and local governments, and an extension of expanded unemployment benefits.

Also included in the measure is a 15% increase in SNAP benefits Democrats have been trying to get in previous coronavirus relief bills.

Keep in mind: The bill may be a non-starter in the Senate, but the legislation’s biofuel provisions alone give vulnerable Midwest Democrats something to talk about back home.

Take note: Farm groups were notably slow to comment on the bill. The biofuel industry, however, welcomed provisions authorizing assistance to their companies. The National Pork Producers Council released a statement specifically endorsing only the bill’s livestock provisions.

A proposal backed by the American Farm Bureau Federation to raise USDA’s Commodity Credit Corp. spending authority from $30 billion to $68 billion wasn’t included in the measure.

Webinar details. Thursday’s USDA webinar is scheduled for 1 p.m. EDT. Producers can register for it here. Questions can be sent to USDA through the Q&A box or by emailing CFAP.webinars@usda.gov. The answers, and a recording of the webinar, will be posted at farmers.gov/CFAP.

The USDA rule laying out limits and eligibility requirements for the payments was still listed as under White House review as of Tuesday but could be released any day. Scheduling Thursday’s webinar is “good sign” the rule is being released soon, one lobbyist said. 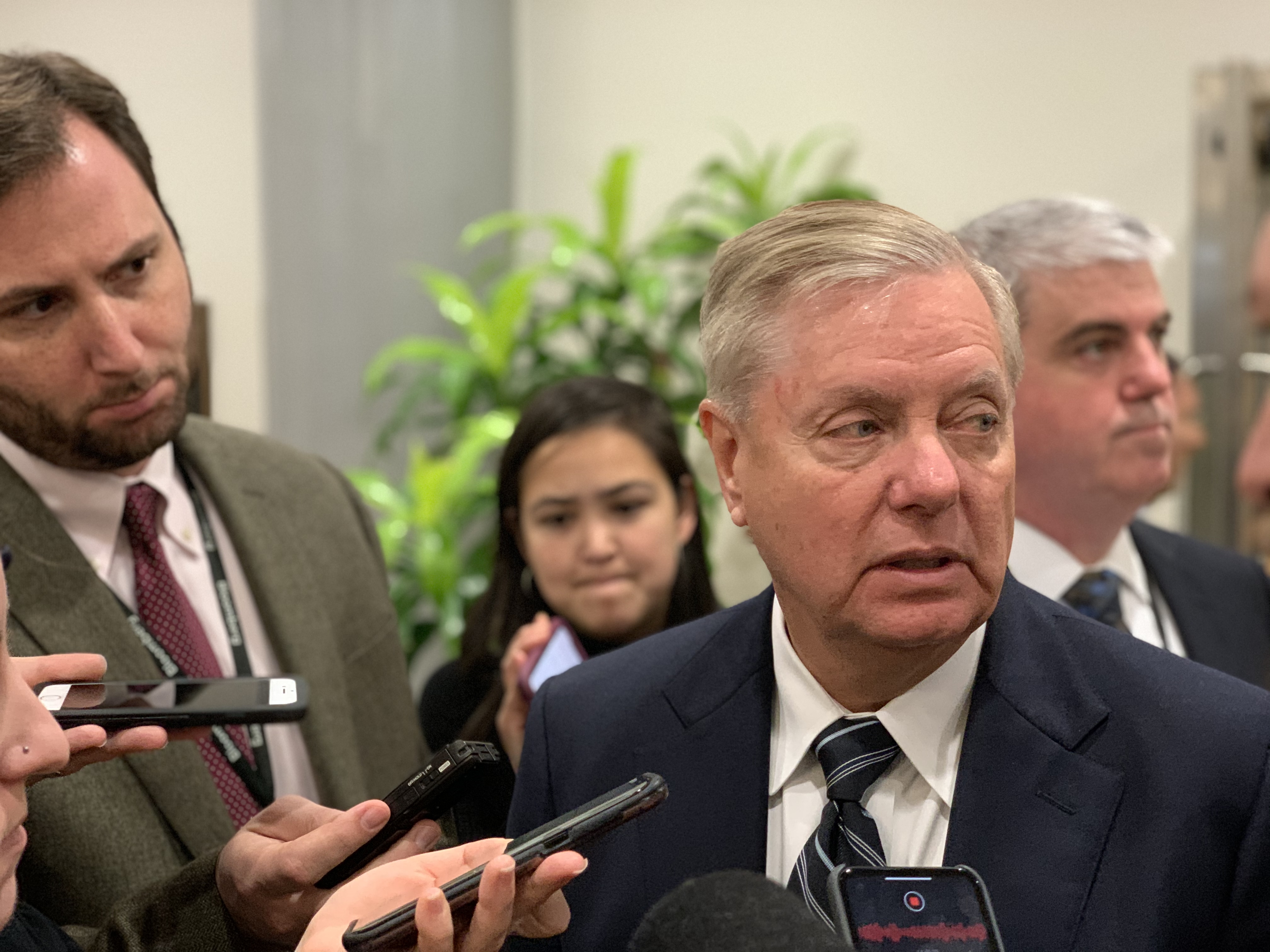 A top GOP priority omitted from the House bill is COVID liability protection for businesses, including farms. As the Senate Judiciary Committee looks into the issue, the panel is being told that it’s critical for the federal government to provide specific, enforceable guidance for preventing workers from getting ill.

“Our expert public health agencies should step up,” said David Vladeck, a professor at Georgetown University Law Center and former head of the Bureau of Consumer Protection at the Federal Trade Commission. “Clear guidelines from federal agencies will provide [businesses] the regulatory compliance defense,” he told the committee Tuesday.

Marc Perrone, president of the United Food and Commercial Workers International Union, echoed Vladeck, saying, “No company should be shielded from the responsibility for adopting irresponsible practices that foster the spread of this virus.”

Judiciary Chairman Lindsey Graham said protections could be granted to businesses without “giving a pass to the bad actors.”

By the way: The Sustainable Food Policy Alliance, which represents multinational food giants Danone, Mars, Nestle and Unilever, is urging the White House to prioritize providing personal protective equipment, COVID-19 testing and an eventual vaccine to workers in the food supply chain.

Iowa GOP Sen. Joni Ernst of Iowa tells Agri-Pulse processing plants probably won’t be back into full operation for some time. “We will likely see a reduced capacity for a while,” Ernst said. “We would love to see them at 100% but we know that is not going to happen overnight.”

She also added it is not just about the plants, but the labor pool and making sure employees can return to work.

For more on what it will take to end the meatpacking disruptions, plus a look at the US-UK trade negotiations, check out this week’s Agri-Pulse newsletter. 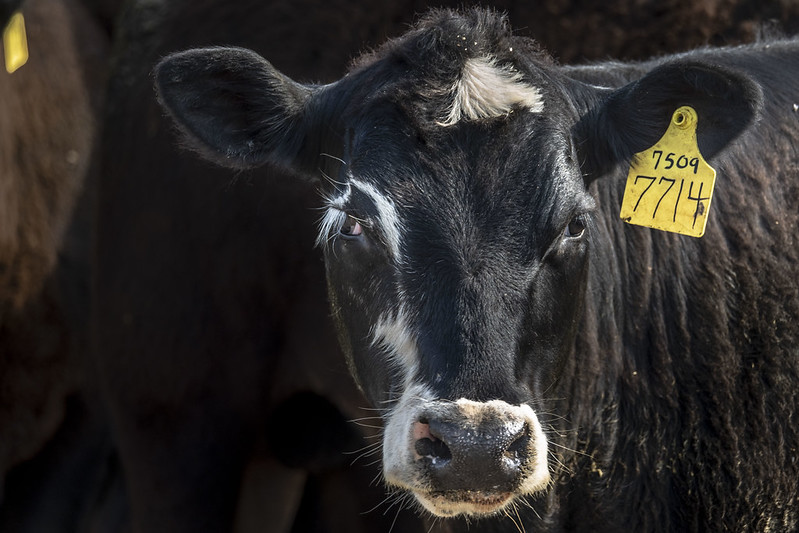 And seven senators introduced legislation that would require packers to purchase at least half their cattle on the open or spot market. Mississippi GOP Sen. Cindy Hyde-Smith said, “Producers deserve fair and transparent pricing. It is apparent in this COVID-19 pandemic that packers are taking advantage of producers.”

Keep in mind: Grassley, a senior member of Judiciary, is a strong proponent of the business liability protections that the packers union, the UFCW, is fighting.

Senate Judiciary Chairman Lindsey Graham and some GOP colleagues have introduced a bill to authorize President Donald Trump to hit China with sanctions for its role in the spread of the COVID-19 pandemic – a step Trump and White House officials have been threatening recently.

“The Chinese Communist Party must be held accountable for the detrimental role they played in this pandemic,” said Sen. Jim Inhofe, R-Okla., one of the eight cosponsors of the legislation. “Their outright deception of the origin and spread of the virus cost the world valuable time and lives as it began to spread.”

On Monday, White House trade advisor Peter Navarro issued a direct retaliatory threat to China for its role in allowing COVID-19 to spread across the globe.

He said it. “This pandemic is an act of God, and you don’t sue God,” Sen. Chuck Grassley, R-Iowa, when asked by reporters about protecting businesses from coronavirus lawsuits.