Attorney General Xavier Becerra and the Newsom administration have secured a temporary victory in the water war with the Trump administration.

The injunction immediately blocks federal agencies from implementing the new biological opinions (or BiOps) until May 31, while Newsom’s lawsuit plays out in court. In the meantime, pumping operations will revert back to the 2009 BiOps.

In his ruling, the judge dismissed the feds’ argument to allow the same amount of fish takes as the previous BiOps, when the populations have continued to decline. 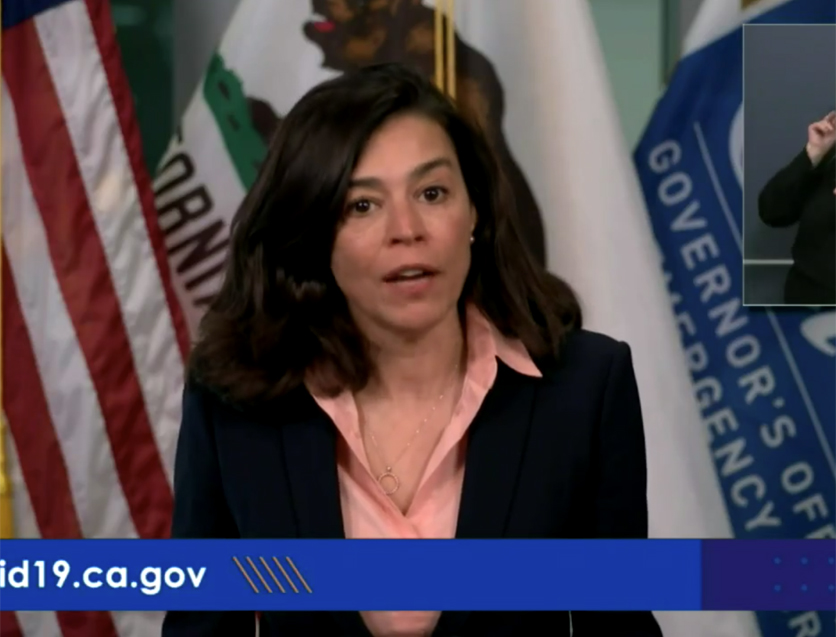 The state public health department yesterday detailed the hurdles restaurants must now overcome under the new normal. The new guidance is meant for those counties able to the meet the state’s strict metrics on COVID cases, deaths, testing and other factors before moving to this next stage in reopening their economies. The counties currently include Butte, El Dorado, Lassen, Nevada, Placer and Shasta.

“The guidelines we put out provide more flexibility than I believe in some other states,” said Newsom in his press briefing. “We decided not to be prescriptive in that perspective.”

He was referring to states that mandate restaurants reduce their capacity by 50%, for example. Instead, the guidance mandates at least six feet of distance between people dining, working and passing through entree ways. When that’s too difficult, partitions must be installed.

The agencies are also clear that breweries, bars, distilleries and winery tasting rooms will remain closed until later stages in the reopening.

Take note: Savvy winery managers may circumvent that by contracting with food trucks or other venders. But they must still sell both the alcohol and the meals in the same transaction.

Also: The Wine Institute is worried a reopening of tasting rooms could result in an influx of visitors to wine regions. It advises wineries implement appointment-only visits.

USDA is moving closer to launching signup for those $16 billion in direct COVID-19 payments that have been promised to farmers. The department is holding a webinar Thursday for farmers on the Coronavirus Food Assistance Program.

Meanwhile: The House is expected to vote Friday on a new $3 trillion coronavirus relief bill that would authorize another $16.5 billion in direct farm payments, plus additional aid for biofuels plants and dairy producers.

The HEROES Act also would authorize USDA to compensate livestock and poultry producers who have had euthanize hogs or destroy chickens that couldn’t be processed.

Senate Majority Leader Mitch McConnell, R-Ky., emphasized Tuesday the Senate is in no hurry to negotiate a new bill, and he derided the House measure as “aspirational.” One senator, Iowa’s Chuck Grassley, told reporters Republicans could wait two or three weeks before starting talks on a bill.

The House bill, which will be a starting point for the negotiations, covers a broad array of Democratic priorities, including aid to pension funds, an elimination of the cap on deductions of state and local taxes, aid to state and local governments, and an extension of expanded unemployment benefits.

Also included in the measure is a 15% increase in SNAP benefits Democrats have been trying to get in previous coronavirus relief bills.

Webinar details. The USDA webinar is scheduled for 1 p.m. EDT. Producers can register for it here. Questions can be sent to USDA through the Q&A box or by emailing CFAP.webinars@usda.gov. The answers will be posted at farmers.gov/CFAP.

The USDA rule laying out payment limits and eligibility requirements for the payments was still listed as under White House review as of Tuesday but could be released any day.

A top GOP priority omitted from the House bill is COVID liability protection for businesses, including farms. As the Senate Judiciary Committee looks into the issue, the panel is being told that it’s critical for the federal government to provide specific, enforceable guidance for preventing workers from getting ill.

“Our expert public health agencies should step up,” said David Vladeck, a professor at Georgetown University Law Center and former head of the Bureau of Consumer Protection at the Federal Trade Commission. “Clear guidelines from federal agencies will provide [businesses] the regulatory compliance defense,” he told the committee Tuesday.

Marc Perrone, president of the United Food and Commercial Workers International Union, echoed Vladeck, saying, “No company should be shielded from the responsibility for adopting irresponsible practices that foster the spread of this virus.”

Judiciary Chairman Lindsey Graham said protections could be granted to businesses without “giving a pass to the bad actors.”

By the way: The Sustainable Food Policy Alliance, which represents multinational food giants Danone, Mars, Nestle and Unilever, is urging the White House to prioritize providing personal protective equipment, COVID-19 testing and an eventual vaccine to workers in the food supply chain.

Senate Judiciary Chairman Lindsey Graham and some GOP colleagues have introduced a bill to authorize President Donald Trump to hit China with sanctions for its role in the spread of the COVID-19 pandemic – a step Trump and White House officials have been threatening recently.

“The Chinese Communist Party must be held accountable for the detrimental role they played in this pandemic,” said Sen. Jim Inhofe, R-Okla., one of the eight cosponsors of the legislation. “Their outright deception of the origin and spread of the virus cost the world valuable time and lives as it began to spread.”

On Monday, White House trade advisor Peter Navarro issued a direct retaliatory threat to China for its role in allowing COVID-19 to spread across the globe.

US, others unite to oppose EU dairy purchases

The broad coalition says it is fearful that the EU’s plan to purchase the dairy commodities at below-market prices and sell them into the international market will depress global prices and hurt non-European producers.

“The EU’s market-distorting practices are harmful enough during normal operations. If used in the wake of the COVID-19 pandemic, which has dramatically eroded dairy prices, they would be disastrous to the world dairy market by prolonging the current crushing economic conditions,” the coalition said.

“This pandemic is an act of God, and you don’t sue God,” Sen. Chuck Grassley, R-Iowa, when asked by reporters about protecting businesses from coronavirus lawsuits.