PPIC: Groundwater plans allow a lot of leeway with subsidence

Plans submitted for the Sustainable Groundwater Management Act are allowing as much as 15 extra feet of subsidence in overdrafted basins, according to an analysis by the Public Policy Institute of California (PPIC).

Allowing the land to sink this much due to groundwater pumping has led to significant damage along canals and other infrastructure. The problem increased following tighter environmental restrictions on surface water allocations and again during the drought. The Friant Water Authority has warned that some plans will further cripple the Friant-Kern Canal, which has lost 40% of its capacity due to subsidence.

The PPIC researchers point out that even two feet of subsidence could harm some conveyance systems.

Keep in mind: The May Revise for Gov. Newsom’s budget proposal is withdrawing a proposed $60 million for implementing SGMA and for CDFA’s water efficiency grants. The Revise also withdraws $80 million that had been proposed for a project using aerial lidar scanning technology to survey groundwater basins and provide more information to support the SGMA plans.

On that note: The Westlands Water District has produced a campaign-style video urging “an end to fruitless conflict over the use of water” with state and federal administrations. 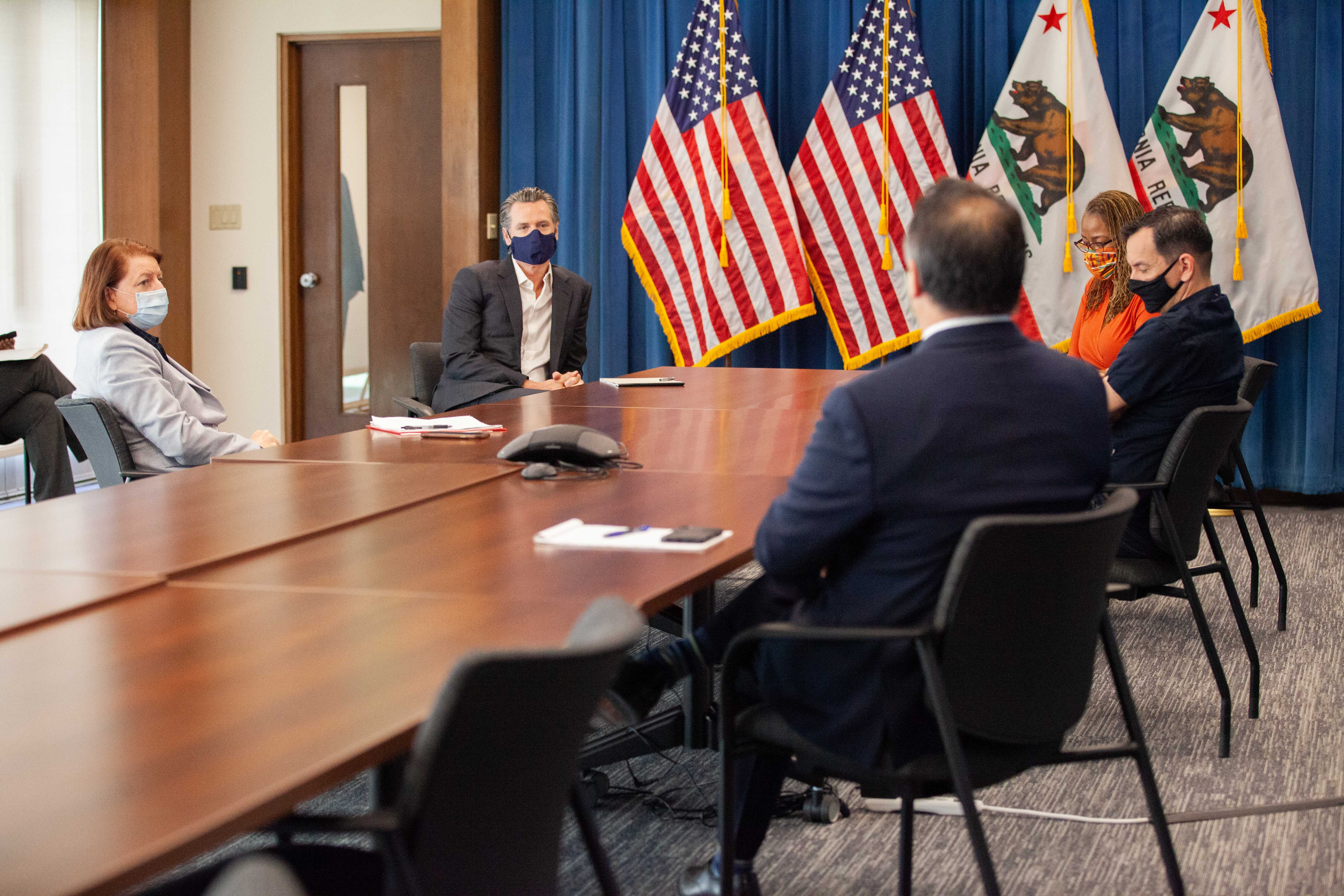 Newsom met with legislative leaders Friday to discuss the May Revise.

The White House Office of Management and Budget on Friday completed its review of USDA’s plans to provide farmers with $16 billion in direct payments. That means USDA could announce signup for the Coronavirus Food Assistance Program any day.

Take note: President Donald Trump is due to deliver remarks on Tuesday about "supporting farmers, ranchers and the food supply chain," according to the White House schedule. No other details have been released.

For more on what’s in store in the coming days, read our Washington Week Ahead.

The focus now turns to the Senate after the Democratic-controlled House passed its $3 trillion HEROES Act Friday night. Republicans are deriding the bill as a “socialist wish list,” but the bill outlines priorities that Democrats will press to include in whatever legislation eventually goes to the president.

The House bill, which passed 208-199, contains an array of ag provisions, including authorization of $16.5 billion in additional CFAP payments.

Take note: A senior Republican on the Senate Appropriations Committee, Jerry Moran of Kansas, tells Agri-Pulse that the House bill’s ag provisions are a “good place to start” and reflect the influence of House Ag Chairman Collin Peterson, D-Minn., and other Democrats from farm districts. “It includes many of the things that agricultural producers across the country are looking for,” he said.

The bill does not increase USDA’s spending authority under the Commodity Credit Corp. The American Farm Bureau Federation is asking Congress to raise the current $30 billion limit to $68 billion, but Moran said he thinks a compromise can be found with the House that increases the limit with some restrictions on how the money is spent.

"I am always of the view, particularly as an appropriator, that I want something to say about how money is spent,” he said.

Watch the full interview with Moran in Agri-Pulse’s Washington Week in Review.

Complaints that imported raspberries are hurting U.S. farmers have spurred the U.S. Trade Representative into action. Citing complaints from the Washington State Red Raspberry Commission of “unfair practices,” the USTR is asking the U.S. International Trade Commission to carry out a fact-finding mission on the domestic impacts, something the ITC says it will get done by June 9.

Focusing on activity from 2015 through 2019, the ITC is being tasked with investigating foreign government policies that impact raspberry exports to the U.S.

Canada is the only foreign government named in the USTR mandate. U.S. farmers are raising concerns over pesticide and labeling violations.

“It’s a parade of absurdities that can hardly be taken seriously.” – Senate Majority Leader Mitch McConnell, commenting on the House HEROES Act.