Former Vice President Joe Biden is making President Donald Trump’s handling of the COVID-19 crisis a major campaign focus, and he’s expanded the criticism to include Trump’s management of the disruptions in the food supply.

On Wednesday during an online roundtable, Biden charged that USDA moved too slowly to take surplus food off the market and deliver it to needy people. USDA has now done that, with the launch last Friday of the $3 billion Farmers to Families Food Box program. Biden made no mention of that program. 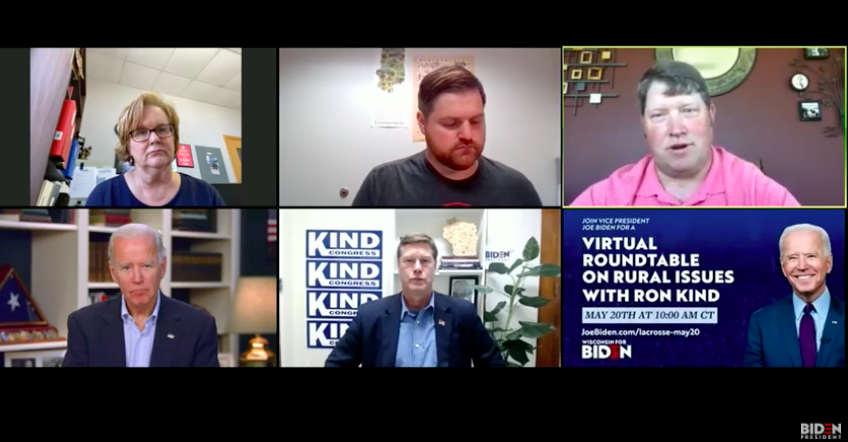 Biden also said the administration should have a food system coordinator to “know where there's food shortages and how to get food to people in need.”  He didn’t elaborate on how that person would coordinate with USDA.

Read our report on the roundtable here.

Advocates of small-scale farming say those producers won’t get the help they need from the $16 billion in coronavirus relief payments that will start flowing next month. The criticism is ironic, given that a farmer who sells directly to consumers was included in the White House announcement of the program on Tuesday.

“The president recognized the importance of farmers who sell directly to their customers during his announcement of the CFAP program. It is unfortunate that the program USDA created does so little to support them,” said Eric Deeble, policy director for the National Sustainable Agriculture Coalition.

NSAC says among other things, the program won’t properly account for market losses to farmers who sell directly to their customers, supply local and regional markets where prices may be higher, or produce crops that warrant premium prices.

By the way: Scott Sink, the southwest Virginia farmer who spoke at the White House event, called the payments “a bridge” that will “help us get into the new growing season.” Sink said he has a catering and farm-to-table business along with raising livestock, produce and custom hay. 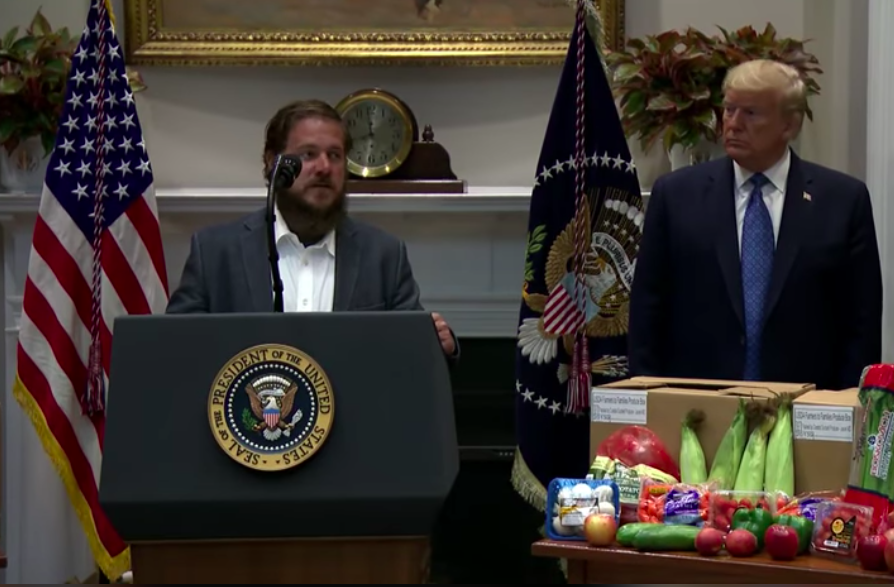 Take note: Agriculture Secretary Sonny Perdue reiterated Wednesday that he expects Congress to authorize additional payments. “We don’t believe this amount of money is adequate frankly. I think Congress understands that as well,” he told the Red River Farm Network.

U.S. Cattlemen’s Association President Brooke Miller is heartened by President Donald Trump’s anger over cattle imports, and the group will continue its drive to stop the entry of Mexican and Canadian livestock into the U.S.

Miller is undeterred by critics who say an import ban would breach U.S. commitments under NAFTA and its replacement, the USMCA.

“We think it’s certainly reasonable to put a stay on imports until we get through this coronavirus pandemic and all the problems it’s created with the supply chain,” Miller told Agri-Pulse.

The farm bill’s Dairy Margin Coverage is triggering payments for the first time this year as the result of the severe drop in milk prices in March. USDA says the March margin was $9.15 per hundredweight, which is below the highest margin that producers can sign up for: $9.50 per hundredweight.

USDA has declined to reopen enrollment for 2020, but the 2021 signup is expected to begin in July. USDA projects payments will trigger through the rest of the year.

“Given the hardships faced by dairy producers, DMC payments this year are no surprise,” said Alan Bjerga, a spokesman for the National Milk Producers Federation. “DMC is working as intended for farmers who participate, protecting them against market downturns and unforeseen circumstances.” 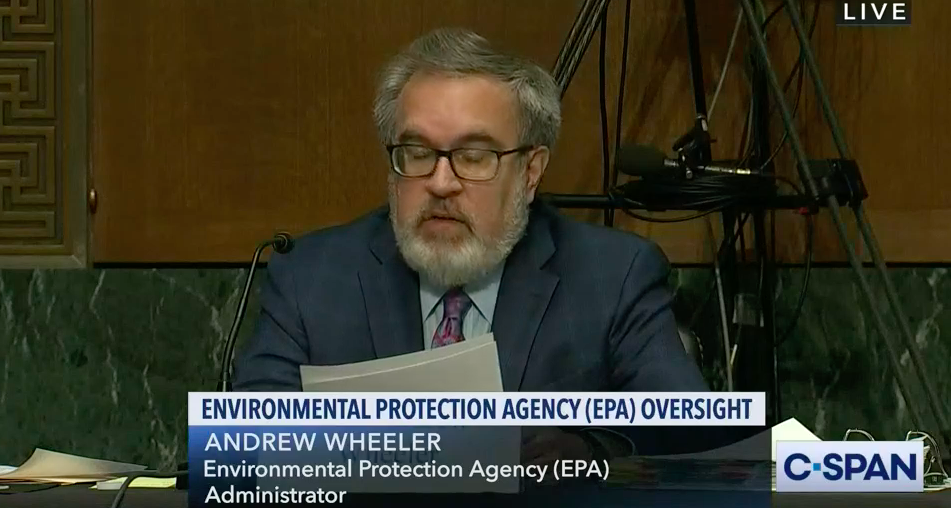 EPA Administrator Andrew Wheeler assured senators Wednesday that the agency is aware that both ethanol producers and small refiners are being harmed by the slowdown in gasoline usage. But he didn’t indicate to the Environment and Public Works Committee how the agency will rule on requests to lower this year’s biofuel usage mandates.

He said small refiners are also being hurt by a 10th Circuit ruling that struck down past exemptions the agency had granted.

On the Bay: Wheeler insisted EPA will hold states to their 2025 goals for reducing pollution in the Chesapeake Bay watershed. This week, the agency said $6 million would go to states in the watershed to reduce nitrogen runoff into the bay, with most of the funds going to Pennsylvania.

The Chesapeake Bay Foundation and the states of Maryland and Virginia, joined by the District of Columbia, filed notices of intent to sue the agency over Pennsylvania’s and New York’s failures to meet reduction targets in the bay’s Total Maximum Daily Load. Wheeler insists the TMDL is “not legally enforceable.”

Half the agency employees responding to a 2018 survey disagreed with a statement that “senior leaders make the scientific and/or non-scientific basis for their policy decisions accessible/transparent,” according to an IG report.

Other recommendations include “developing procedures for addressing and resolving allegations” of scientific integrity violations, “communicating the outcomes of reports of SI violations, and improving the release of scientific information to the public.” 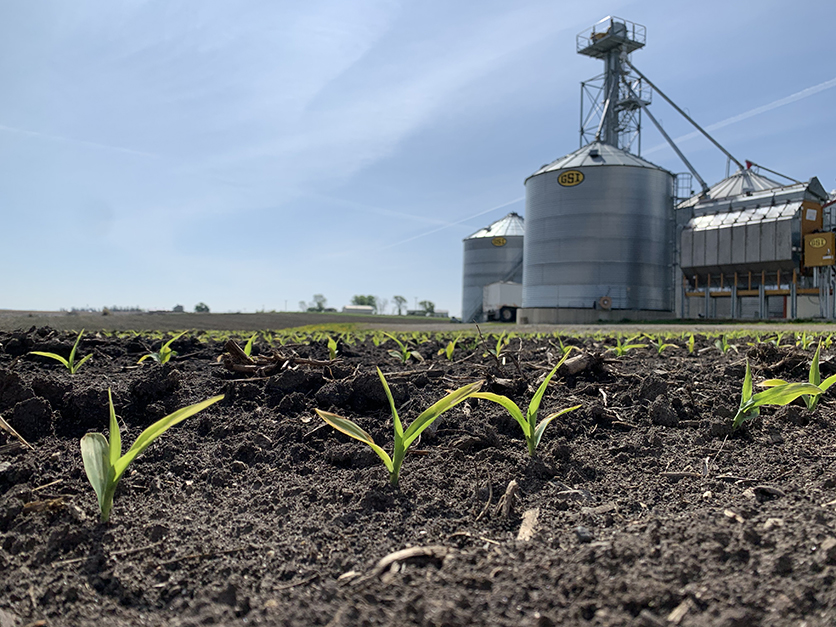 The promise of spring: Frost-nipped corn emerging in northeast Iowa.

Ninety percent of SNAP recipients can soon use their benefits online, according to USDA.

He said it. “This country has now been reminded that food just doesn't magically appear on our plates.” – Joe Biden on the impact of the COVID-19 crisis.