In the post-pandemic landscape, a number of industries are concerned about a Cal/OSHA emergency regulation passed last summer. The agency wanted to protect outdoor workers by requiring employers supply N95 respirators when the air quality index (AQI) hits an unhealthy level due to wildfire smoke. Yet the pandemic has fueled a run on the masks, driving up the price tag.

The Cal/OSHA board heard these concerns and more at a meeting last week on extending the regulation.

For farmers: “The need for N95 respirators will continue to grow as we put more stuff in the ground to grow,” said Bryan Little of the California Farm Bureau, adding: “At some point, we're going to crash into wildfire season, which may this year apparently coincide with the fall flareup of COVID-19.”

After contacting 20 suppliers, Little could not find anyone selling masks for less than $6 each. The regulation was written when masks were 75 cents.

Alternatives to N95s are available but don’t carry national certification, pointed out Michael Miller of the California Association of Winegrape Growers.

Also, one company reported the required employee training for its 40,000 employees cost $1.2 million. Others raised questions over how employers would know if the AQI is triggered by a wildfire or something else.

In response, a staffer at the agency said the spike in demand is likely short-lived, with costs going down as more masks are produced. He said Cal/OSHA assessing the other concerns and will release new guidance if there’s a shortage during a wildfire.

The agency has extended the emergency regulation and expects it to become permanent once the wildfire season is over in late fall. 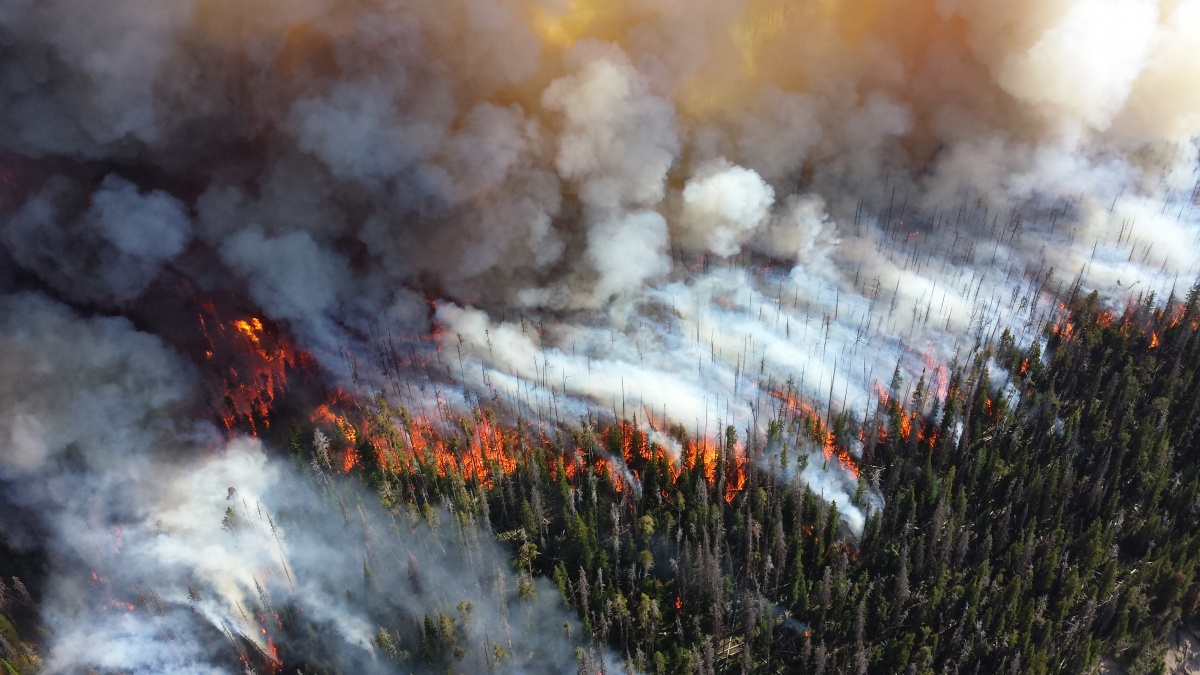 Today’s the day farmers can start enrolling for those $16 billion in direct payments USDA is distributing through the Coronavirus Food Assistance Program.

USDA officials insist the money should reach farmers within a week of them signing up.

More information is available at farmers.gov.

Congress would normally be in recess this week, but the House has scheduled some work and is expected to consider a bill to ease requirements of the Paycheck Protection Program.

The fact that Democratic leaders would allow a vote on a standalone PPP bill underscores the pressure Congress is under from restaurants and other sectors to address several issues, most notably the requirement that businesses spend the funds on payroll within eight weeks. Restaurants and businesses struggling to reopen say that isn’t long enough.

The bill, sponsored by Rep. Dean Phillips, D-Minn., and Chip Roy, R-Texas, also would eliminate the requirement that 75% of the loan proceeds be spent on payroll expenses in order for the loan to be forgiven.

Arkansas Sen. John Boozman, who will take over as the chairman or top Republican on the Senate Agriculture Committee next year, believes Congress will ultimately authorize more coronavirus relief spending than the House has approved.

The HEROES Act that Democrats pushed through the House this month would authorize $16.5 billion in additional direct payments to farmers. (That’s on top of the $16 billion going out to farmers in the first round.) But the House bill wouldn’t provide any additional spending authority to USDA under the Commodity Credit Corp. account.

In an Open Mic interview with Agri-Pulse, Boozman says he thinks Congress will eventually agree to raise USDA’s CCC limit from the traditional $30 billion cap to around $50 billion.

“Probably we’ll be somewhere around $50-ish, or maybe a little bit more,” said Boozman. “That money is going to be needed.”

Keep in mind: In the HEROES Act, House Democrats insisted on directing how USDA could spend the $16.5 billion rather than increasing the CCC limit. Providing such instructions ultimately helps Agriculture Secretary Sonny Perdue, Boozman thinks. “It takes some pressure off the decisions that he’s making,” he said.

Take note: Boozman also believes Congress will look to address requests from chicken producers and catfish farmers among others.

Boozman: Now’s the moment for broadband

The COVID-19 crisis has highlighted the need for access to high-speed internet across the country, and especially in inner cities as well as rural America. And Boozman believes this is a critical time to provide a major infusion of federal spending for expansion of rural broadband.

“We are coalescing around a lot of ideas that will bring us additional funding for broadband,” he said, saying the attention that broadband is getting is a “silver lining” in the crisis.

House Democrats are calling on Perdue to use CCC funding to protect farmworkers from coronavirus. In a letter led by California Rep. Jimmy Panetta, the lawmakers say the money is needed to pay for testing, personal protective equipment and training programs.

“Due to their working and living conditions, many farmworkers and their family members are uniquely susceptible to COVID-19,” the letter says.

Panetta talks about that letter, CFAP and issues critical to fruit and vegetable growers in our Washington Week in Review.

USDA is sharply increasing its forecast for supermarket prices this year to reflect the price hikes shoppers have seen amid the COVID-19 crisis.

That would represent a sharp turnaround from recent years, when supermarket prices were rising less than 1% a year.

Projected increases for 18 of 22 food categories were revised upward this month. The largest projected increase, by far, is for eggs at 8% to 9%. Beef prices are forecast up 3% to 4%. 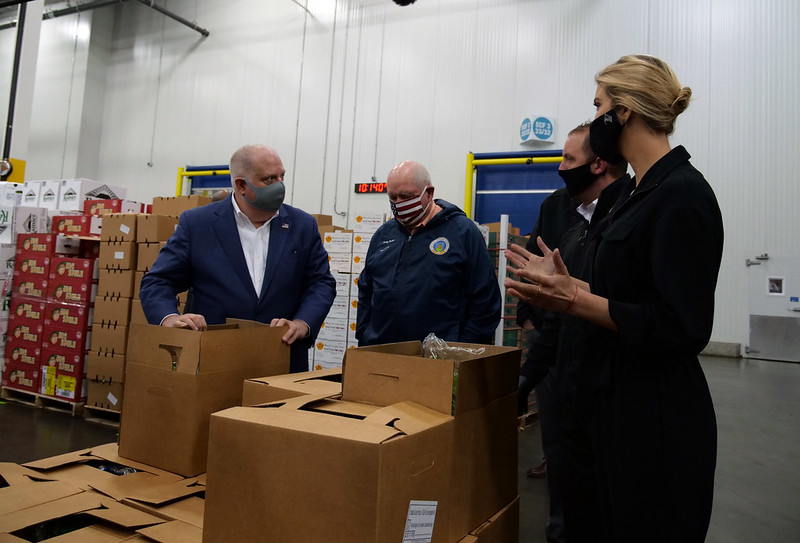 Three leaders on the House Agriculture Committee are looking for answers from USDA on the Farmers to Families food box program, posing questions similar to those raised by the United Fresh Produce Association.

Representatives Marcia Fudge of Ohio, Jim Costa of California and Stacey Plaskett of the U.S. Virgin Islands asked about USDA oversight, PACA licenses and the use of subcontractors, among other things.

Several large contracts of the $1.2 billion in funds disbursed through the program went to companies little known in the produce industry and that did not have Perishable Agricultural Commodities Act licenses. That’s raising doubts about whether the contracts would be fulfilled. USDA now says contractors without PACA licenses must acquire one.

In a May 21 response to United Fresh, Ag Marketing Service Administrator Bruce Summers said USDA “provides oversight throughout the contract period–conducting audits to ensure food safety plans are followed; that only domestic produce is provided; and that quality products are delivered.”

France is extending its ban by another year on cherry imports from the U.S. and other countries that permit the use of the dimethoate pesticide.

The country’s fear of the chemical used to combat fruit flies isn’t just blocking the $1 million worth of cherries the U.S. used to export to the country. It’s also angering French farmers who are seeing their yields decline because they also cannot use it.

“As France’s production declines and production costs rise because France’s producers no longer have access to dimethoate, French cherries continue to be scarcer and more expensive,” a new report from USDA’s Foreign Agricultural Service concludes.

Another point of contention is that the ban doesn't impact Turkey, says FAS. Turkish producers use the pesticide even though it’s banned.

“It just seems that the USDA doesn’t have the bureaucracy, for lack of a better word, in place to administer that kind of food purchase in a smooth fashion. We need to work on that a little bit more.” – Rep. Jimmy Panetta, D-Calif., on USDA’s Farmers to Families Food Box program.

Watch the full interview at Agri-Pulse.com.