Access our premium content, receive daily and weekly news updates in addition to our industry-valued newsletters.
Home » Smaller farmers are ‘left out’ of aid programs
WEST

Smaller farmers are ‘left out’ of aid programs

California’s small-scale specialty crop growers are feeling frustrated and left out by the “lack of inclusion” among federal aid programs. With the close of the food service industry, these farmers were disproportionately hit hardest and struggled with developing new distribution channels for their products and navigating federal programs for the first time.

Paul Towers, the executive director of the Community Alliance with Family Farmers (CAFF), shared these concerns with the California State Board of Food and Agriculture on Tuesday.

Following a week of nationwide protests over police brutality, Towers said this was a time to “acknowledge the role that that agriculture has played in this country in historic racism.” He explained that many of these small specialty crop growers are people of color and undocumented workers who are now being “left out of the equation” in the response to the COVID-19 pandemic.

CAFF is a Davis-based nonprofit organization with about 8,000 members, who farm less than 180 acres – about half the average farm size in California.

Many of those farmers distribute products to community food hubs. Restaurants and other food service businesses had accounted for up to 90% of the business for those food hubs before nearly the entire sector closed down for the pandemic. On top of that, CAFF estimates that shutting down schools cost its growers more than $100 million in lost sales.

The farmers have also faced uncertainty with farmers’ markets, with some closing, some staying open and some later reopening. The restaurants that have been able to reopen in recent weeks have been handling a much smaller share of business as well and are not yet a stable market.

The growers have not been able to pivot to new markets as easily as larger growers due to technology barriers or a lack of social capital or customer base. Accessing the supply chain for food banks has also been a hurdle.

Aiming to tackle the problem, CAFF set up a donation-based fund, which has now provided $200,000 in micro grants to 80 farmers, with 90% of those being farmers of color. CAFF has also been performing one-on-one “matchmaking” between buyers and sellers and connecting growers with federal assistance opportunities.

Towers said his group has been “pleasantly surprised” with the Paycheck Protection Program, but not others.

“The Economic Injury Disaster Loans have been less of a good fit for many of the farmers we work with,” he said, “mostly because the Small Business Administration has been more difficult to work with.” 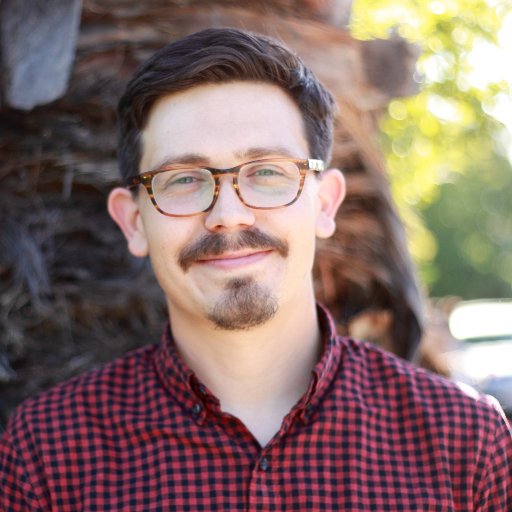 Paul Towers, the executive director of the Community Alliance with Family Farmers

Towers said the Farmers to Families Food Box Program has also been difficult to access for small- to mid-scale growers. Farmers did not discover until after contracts were signed that third-party food safety audits would be required. The cost of an audit, at around $1,000, can be “a really significant barrier for small farmers and really not necessary,” said Towers. Most of the CAFF growers were already operating on small margins, with less than $100,000 in sales annually and often living paycheck to paycheck.

Sara Neagu-Reed, the associate director of federal policy for the California Farm Bureau Federation, was also in the panel discussion for the board meeting and agreed the program has not benefited small- to medium-sized operations.

“(They) don't traditionally work with distributors and don't have existing relationships with any and have probably never partaken in any procurement program out of USDA,” she explained.

Towers added that the community food hubs have been taking advantage of the program, however.

The direct payment program has been just as challenging for smaller specialty crop growers.

“The reimbursement rates are just far too low to make it pencil out for most growers that we work with,” said Towers.

One of the growers who spoke with Towers lost an entire field of cabbage but would only be reimbursed for $100. For many, it was hardly worth filling out the paperwork, he said, especially if it meant also having to set up an account for the first time with the local FSA office. If a farmer added acreage this year but was unable to sell that crop, proving a loss was difficult. Many specialty crops with smaller markets, like daikon or bok choy, were not included in the program either.

Thomas Stenzel, the president and CEO of the United Fresh Produce Association and who was also on the panel, clarified that small farmers are still eligible for these programs.

“There are challenges for small farmers, but I don't think they’re excluded from these programs,” said Stenzel. “One of the goals, even with the Farmers to Families boxes, was for the local distributors to buy produce from local growers.”

He acknowledged many small growers in California, however, may not have a restaurant food distributor as the main customer.

USDA has struggled with direct payments for specialty crops. Stenzel said that “there just wasn’t a system… that makes a lot of sense.”

Staff at the USDA Agricultural Marketing Service told him recently they were able to include some specialty crops and not others because AMS had market news data for those commodities. The agency still expected other growers and producers to demonstrate losses.

Towers was optimistic the next federal stimulus package would have more opportunities for smaller growers and that state programs would also better serve the needs of small farmers going forward.

He said much more technical assistance is needed for these farmers at the local level, along the lines of what CDFA has provided in rolling out its Health Soils Program. Towers also pointed out that the California Association of Food Banks’ Farm to Family Program has not been inclusive of small- to mid-sized farmers either.

CDFA has been partnering with the food bank association to access its facilities, transportation and logistics in order to break down and distribute food loads across the state. At the onset of the COVID-19 outbreak, the Newsom administration allocated $20 million from taxpayer funds toward direct food purchases at farms. The May Revision for the next budget cycle includes another $50 million for the initiative.

CDFA Secretary Karen Ross acknowledged the association has been directing farmers with smaller loads to work instead with the local food banks.

“We are very aware of the concern of how more small farmers can participate in the state program, which has limited dollars compared to the food box program,” said Ross. “I don't have a solution that I'm aware of it. But that has been one of the challenges.”