California wineries are facing a new world of shifting to plastic, using face masks, and maintaining social distancing as the state government allows tasting rooms to reopen on a county case-by-case basis this Friday.

The California Department of Public Health has released guidelines set to take effect later this week suggesting all guidance should “be implemented only with county health officer approval following their review of local epidemiological data.”

Counties will be able to reopen based on cases per 100,000 population, rate of test positivity, and local preparedness to support a health care surge, vulnerable populations, contact tracing, and testing.

“It’s not going to be the overly warm friendly experience that people are used to,” Stephen Kautz, president of Ironstone Vineyards, told Agri-Pulse.

Ironstone Vineyards is in the Sierra foothills town of Murphys, two and a half hours east of San Francisco. It had been closed since March 10 but reopened two weeks ago at 25% capacity, and only if the wine was served outside and with food.

“I can do wine service by the glass or we can do small flight tastings with food only and nobody can come in the building,” he said.

Kautz said it is great to see customers return, but when customers have to stay outside, weather is always top of mind. Recently, Kautz said rain forced him to lose outdoor seating.

He also strives to be environmentally friendly, but most recently COVID-19 has forced him to change how he conducts wine tasting moving forward — in plastic cups and plastic containers.

“I’m trying to maintain my sustainable credentials and plastic cups don’t really fall within the sustainability realm, but I don’t have any other choice at this point in time,” he said.

The CDPH suggests tasting rooms continue to use reservations for customers (but the prearranged bookings are not necessarily required), provide a clean glass for each tasting, and keep interaction of people from different groups or places to a minimum.

Kautz noted when he reopens his tasting room, he will likely have garbage cans close by so people can easily dispose of plastic cups; he does not want to be responsible for coronavirus contaminating a glass and one of his employees coming in contact with it.

He sees about 350,000 people walk through his doors during a normal year, but COVID-19 has caused him to lose a quarter of his customers over the last two months. His venue also hosts concerts, fireworks displays, and car shows throughout the year. Not being able to host those events could cause him to lose 75% of his foot traffic for the year, he said.

With COVID-19 restrictions on wineries, no more tasting as usual
Wineries prepare to reopen tasting rooms

An April analysis from wine industry expert Jon Moramarco, managing partner at wine and spirits consulting firm bw166, predicts revenue losses for some 10,000 wineries and 8,000 winegrape operations across the nation could total $5.9 billion on an annualized basis in 2020.

He said even though the analysis was conducted in April and anticipated a longer shutdown, wineries will still lose billions of dollars this year. 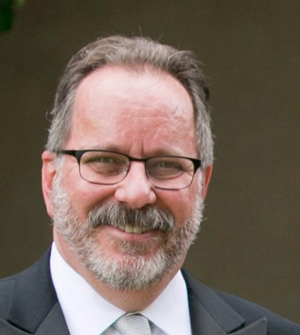 The analysis noted 90% of all U.S. wineries produce less than 50,000 cases and are estimated to experience annual revenue losses of between 36% to 66%. Smaller wineries will see the biggest impacts.

“The small players, they are having a tough time because restaurants have been closed ... tasting rooms have been closed, that’s a lot of the revenue for small wineries and that’s dried up,” Moramarco told Agri-Pulse.

“It’s been devastating, I mean there is not much other way to describe it,” Clay Mauritson, president of Mauritson Wines told Agri-Pulse. His winery produces 11,000 cases of wine a year with some 80% of sales going to restaurants.

Mauritson said the biggest blow to his sales was having to close the tasting room. He said his tasting room sales alone represent 25% of gross revenue for the winery overall.

"We sell a much higher percentage of case volume through distribution, but it doesn't represent as large of a component of our overall profits margin or gross sales because the margins aren't there," he said.

Mauritson said the other devastating part of COVID-19 has been the inability to acquire new customers since wine country was closed. He said the new guidance for reopening will help, but thinks still having to serve food with wine makes no sense.

"A lot of the winery facilities just aren't equipped to handle food preparation or food service," he said. Mauritson said having to serve food makes his job more difficult at a time when his winery is already hurting.

According to Moramarco’s analysis, tasting room sales are estimated to decline by 80%, or $3 billion this year. He does not expect wineries across the nation to be at 100% capacity until mid-to-late next summer.