Next generation of House aggies coming into focus

Voters are electing a new generation of lawmakers this year who will be faced with making decisions about the future of agricultural policy in the aftermath of crises created by trade wars and the COVID-19 pandemic.

A few of the new House members representing major agricultural districts are already known, given that they’ve won primaries in districts that are solidly Republican. There are 11 seats among the top 100 agricultural House districts in which the incumbents didn't seek re-election. All but one are held by Republicans, and the winners of the GOP primary will be heavy favorites in most of the general election races.

A 12th seat, Iowa's 4th District, will have a new representative because of GOP Rep. Steve King's defeat in the June 2 primary. State Sen. Randy Feenstra will be running in November against Democrat J.D. Scholten, who lost by three percentage points to King in 2018. The district is the second largest in terms of value of agricultural production, based on USDA's latest census.

The likely new House members include Mary Miller, who raises grain and livestock with her husband in eastern Illinois’ 15th District, which ranks 19th in ag production, and is a sharp critic of the market power held by major meatpackers.

She won the Republican nomination in March to succeed the retiring Rep. John Shimkus. The district runs along the Indiana border and ranks 19th in agricultural production, according to the latest USDA census.

“We represent the family farm, both grain farming and the livestock industry,” Miller told Agri-Pulse in a recent interview. “I would always be an advocate for American agriculture.”

Miller says the pandemic and the disruptions in meatpacking that have depressed livestock prices demonstrate the problems of concentration in the meatpacking industry. “The coronavirus has been terrible and detrimental in many ways to our economy, but it’s also exposed things that we need to change and address.”

In what would be a sharp break from other congressional Republicans, she calls for breaking up the four largest packers, “so we can have true competition,” and requiring country-of-origin labeling for meat. 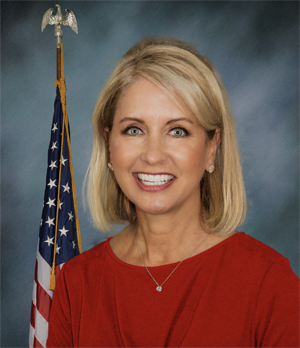 Another Republican likely headed for Washington is August Pfluger, a veteran Air Force pilot who served on the National Security Council under President Donald Trump. The seventh-generation Texan, whose father still ranches near San Angelo, won the GOP nomination in Texas’ 11th District to succeed the retiring Rep. Mike Conaway, the top Republican on the House Agriculture Committee.

“It’s extremely important to this district what happens in the farm bill and how Congress represents agriculture in general,” Pfluger told Agri-Pulse. “That’s very, very important to our family to make sure that way of life is preserved.”

He said he regularly talks to Conaway, who chaired the Ag committee from 2015 to 2019, and that Conaway aides have helped him get up to speed on policy issues.

The district, which ranks 87th in agricultural production, includes a portion of Texas’ largest cotton-growing region, and he said Congress needs to be “taking an active role” in helping protect those farmers from unfair foreign competition.

He considers himself a fiscal hawk, but he also said the COVID-19 crisis has highlighted gaps in rural broadband that the government needs to help address. High-speed internet is critical to making it “viable to farm and ranch,” as well as for schools and health-care providers, he said.

In Oregon's 2nd District, former state Sen. Cliff Bentz, a lawyer and rancher, won the GOP nomination in May for the seat that Rep. Greg Walden is leaving. The heavily GOP district, which covers roughly two-thirds of the state, ranks 39th in agricultural production.

Bentz has among other things applauded the EPA's new "waters of the U.S." rule, which narrows the jurisdiction of the Clean Water Act, as well as the administration's move to overhaul the way the National Environmental Policy Act is implemented. NEPA requires the government agencies to consider the environmental impact of their actions.

Changing the NEPA process will accelerate the review process and "allow road improvements, fire prevention activities, timber sales, and land and water management to actually happen," according to his campaign website.

Other open seats this year include two of the largest agricultural districts, including Kansas’ 1st District, which covers much of central and western Kansas and ranks third in agricultural production, according to the USDA 2017 agricultural census. Incumbent Rep. Roger Marshall is vacating the seat to run for the Senate seat being vacated by Senate Agriculture Chairman Pat Roberts.

Four Republicans are running for their party’s nomination in August, including former Lt. Gov. Tracey Mann, who was endorsed by the Kansas Farm Bureau.

Also up for grabs is Texas’ 13th District, which ranks seventh in agricultural production and stretches from the Texas Panhandle to the outskirts of Fort Worth. Mac Thornberry, who was elected to Congress in the GOP wave of 1994, is retiring. Josh Winegarner, a top official with the Texas Cattle Feeders Association and former agricultural adviser to Sen. John Cornyn, is in a July 14 runoff with former White House physician Ronny Jackson. Winegarner won 39% of the vote in the March primary compared to 19% for Jackson.

Dee Vaughn, a former president of the National Corn Growers Association who farms near Dumas in the northern part of the district, is backing Winegarner and is optimistic he’ll get a seat on the Agriculture Committee if elected.

Vaughn said it is critical that Congress consider improving farm bill commodity programs, which have proven inadequate as a result of the trade and COVID-19 disruptions. "We've got to have more money, more baseline" for the next farm bill, he said.

Pfluger is seeking an Ag seat as well but also wants to get on the Armed Services Committee. 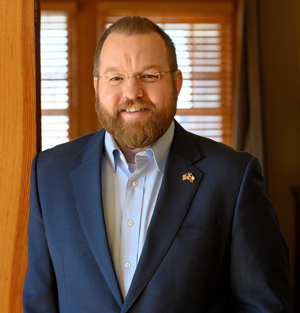 In Georgia’s 14th District, where Republican Tom Graves is retiring, there will be an Aug. 11 runoff for the Republican nomination between businesswoman Marjorie Greene and neurosurgeon John Cowan. Greene won a plurality of the vote in a primary Tuesday. The winner of the runoff will face Democrat Kevin Van Ausdal. The district ranks 99th among House districts in agricultural production.

Rita Hart, a former teacher who runs a 200-acre farm with her husband, won the Democratic nomination June 2 to run in November against GOP state Sen. Mariannette Miller-Meeks, an ophthalmologist who lost three times to Loebsack. The Cook Political Report and other ratings services consider the race a toss-up.

The other open seats among the top 100 ag districts are:

Alabama’s 2nd District (ranks 72nd in ag production) - Republican Martha Roby is retiring. Republicans Jeff Coleman and Barry Moore are in a run-off election July 14 for the GOP nomination. Coleman won 38% of the vote to Moore’s 20% in a seven-candidate field in the March primary.