CDFA sent a 30-page report to the Legislature on Tuesday detailing the many barriers for socially disadvantaged farmers in California and how the department can better serve these underrepresented groups.

“We recognize the historical legacy of racial inequity in agriculture, and this report is one way to acknowledge this past while simultaneously committing to address equity at the department,” said CDFA Secretary Karen Ross in the report. “This is an opportunity for CDFA to be a champion for Governor Newsom’s California For All.”

Under Assembly Bill 1348 by Assemblymember Cecilia Aguiar-Curryin 2017, CDFA is required to update lawmakers on its first year of implementing the measures, known as the Farmer Equity Act. Yet the report comes as the nation grapples with an epidemic of racially-charged police brutality and just a day after the Legislature approved a budget that pushes back on the Newsom administration’s “draconian” budget cuts, which zero out grant programs prioritizing these farmers.

With that budget reality, the recommendations in the report focus largely on improving outreach and education efforts to disadvantaged communities while boosting partnerships with other agencies and nongovernmental groups.

The report focuses on key hurdles like leasing land, language barriers, engaging with industry groups and accessing grants and technical assistance. The findings are based on a series of interviews with farmers and staff from the department and affiliated agencies and boards.

More than 23,000 farmers and ranchers in California – about 19% of the total and covering more than four million acres of farmland – are considered socially disadvantaged. They are located in every county, but more heavily concentrated in San Diego, Fresno, Tulare, Stanislaus and Riverside Counties, according to 2017 USDA census data. Yet that number could be considerably higher, since the NASS data is based on voluntary surveys. As the report describes in detail, disadvantaged farmers are unlikely to engage with this type of government outreach or even hear about it.

They also face racial, ethnic and gender discrimination. Female farmers, who make up less than a quarter of all farmers in the state, are considered part of the group as well, with women of color representing just two percent of all farmers.

“One of the biggest challenges as a female farmer is having a voice on policy issues, such as the Sustainable Groundwater Management Act (SGMA),” said Nikiko Masumoto, a third-generation Japanese-American farmer in Fresno, in an interview for the report. “It is difficult to find information about the time, location and agenda for local SGMA meetings; once I arrive, it is often a room with 80-90% white men representing the largest farming operations in the area.”

Myrna Arambula, another farmer in the report, took out a six-month lease on land near Westmorland, planted perennial herbs and was then told by the owner the lease would not be renewed. She rebuilt from scratch after buying 45 acres near Holtville and also received help from USDA's EQIP conservation program to purchase hoop houses and install irrigation practices.

The report points out the challenges for the many immigrants who farmed in their home countries and then in California – from the Japanese farmers of the Coachella Valley to the 30,000 Hmong refugees who took up residence in the Fresno region after the Vietnam War. Without the capital to purchase land, many of these farmers are leasing and are vulnerable to rising rents, water scarcity and poor soils, according to the report. 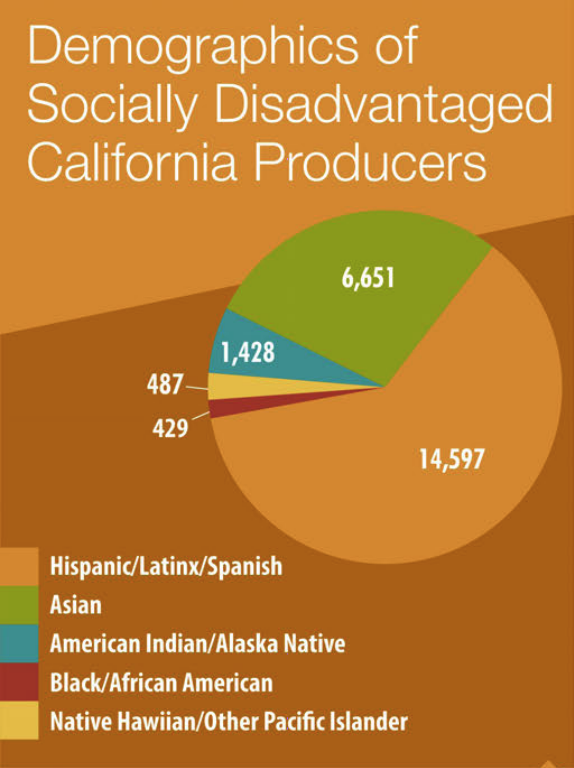 They often depend on children or grandchildren for translation and rely on locally based farm advisors from UC Cooperative Extension (UCCE) or the USDA Natural Resources Conservation Service, write the researchers. In Fresno, farmers of color accounted for nearly 80% of those who engage with UC Small Farms Advisor Ruth Dahlquist-Willard. Nearly 85% also said they did not attend industry meetings “because they did not feel the meeting applied to them.” More than half had not joined an association or commodity group.

In 2019, Dahlquist-Willard testified in support of a bill proposing a farm equity center to support disadvantaged farmers. She shared how the declining UCCE budget has led to a reduction in small farms advisors.

“In Fresno and Tulare counties combined, we have about 8,000 small farms,” she said. “Many more are in the area between Fresno and Sacramento, where we don't have small farms advisors.”

A policy advocate for the Asian Business Resources Center added that “there's a huge (Hmong) community up in Merced, Stockton, Sacramento and Yuba that have not been touched.”

The measure, Assembly Bill 838, was held in committee and later revived, but has stalled since January amid the state’s budget crisis.

Meanwhile, CDFA had been prioritizing disadvantaged farmers for incentives grants on climate-smart agricultural (CSA) practices. For CDFA’s flagship program, Healthy Soils, nearly half of the funded projects in 2019 were for socially disadvantaged applicants. In January, Newsom proposed $18 million for that program. In May, however, the administration pulled funding for Healthy Soils and other CSA programs as it prioritized emissions reductions programs grants from the dwindling cap-and-trade revenue. 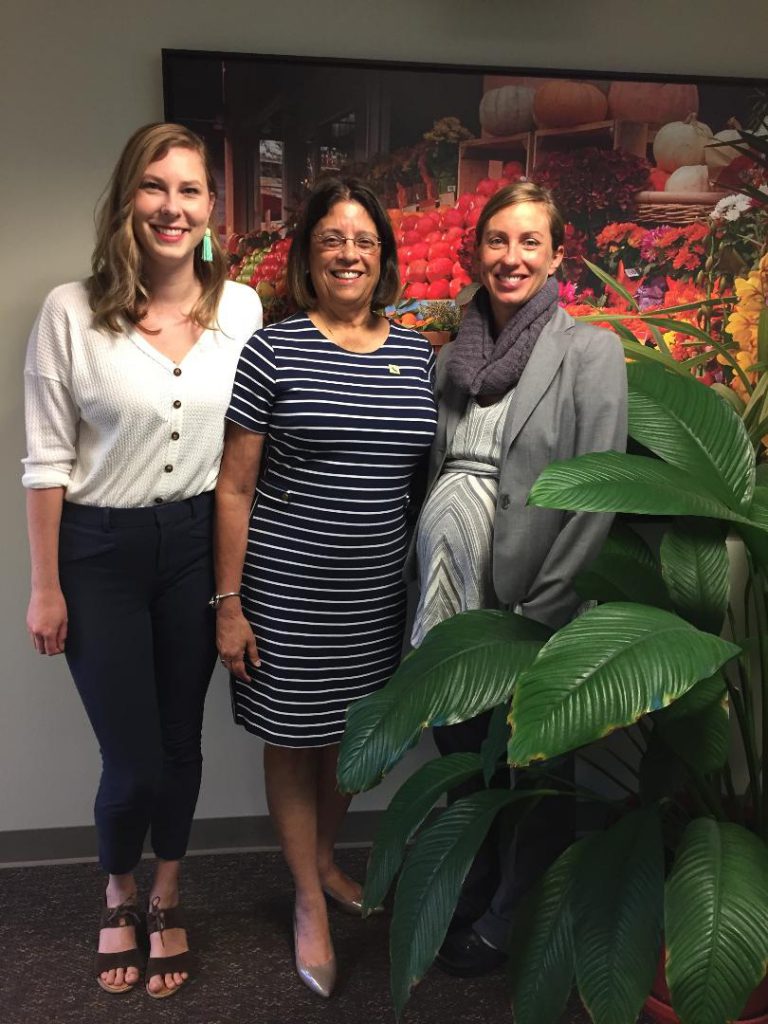 CDFA has been making inroads in other ways as well. The Strategic Growth Council, which Secretary Ross sits on, funded CDFA for 10 short-term cooperative extension positions to assist farmers in applying for CSA grants. The department has also been partnering with CalEPA and the Natural Resources Agency to specifically target their resources for disadvantage communities, particularly with issues related to safe drinking water and the local impacts of the Sustainable Groundwater Management Act.

“When funding becomes available, such as through the recent ban on chlorpyrifos,” said one unnamed staff member interviewed for the report, “we need to use these opportunities to leverage funding to improve outreach and communication as well as form working groups to improve cross-agency collaboration.”

The department has also hired bilingual staff to support outreach and, as part of AB 1348, an advisor to lead its farm equity efforts. The advisor, Thea Rittenhouse, has launched a web page in multiple languages to serve as a “Farmer Resource Portal” for disadvantaged communities.