Advocates for farmworkers say COVID issues need to be addressed

Farmworker advocates are sounding the alarm about the growing threat of COVID-19 to the more than 2 million people who harvest a wide variety of crops grown in the U.S.

Cases have been sprouting up all over the country, including at a Tennessee farm where nearly all 200 workers tested positive, but only three were showing symptoms.

“This is a problem that’s just beginning,” says Scott Faber, senior vice president for government affairs at the Environmental Working Group, which has been tracking the situation. “We’re seeing the first cases of COVID among farmworkers.”

EWG and Farmworker Justice have been working together on a map showing COVID-19 cases among farmworkers and are planning to release soon a breakdown of which states are taking action for farmworkers, and which are not.

“The evidence shows pretty clearly that farmworkers aren’t being protected. You can’t blame the growers — ultimately it’s the government’s job to set and enforce safety standards” and provide the resources to meet them, Faber said, adding that if Congress agrees to raise the Commodity Credit Corp. cap to aid farmers, “the first priority should be to test workers.”

In Immokalee, Fla., which has about 25,000 residents — many of them farmworkers or other low-wage earners — the positive testing rate for COVID-19 has been 36%, and one in every 25 people (over 1,200 residents) are infected. Judge Laura Safer Espinoza, a retired New York Supreme Court Justice who heads the Fair Food Standards Council in Florida, says testing came late to the community despite warnings in March and April from groups such as the Coalition of Immokalee Workers (CIW), which runs the Fair Food Program.

That positivity rate is well above the overall rate in Collier County of 11.3%. In Florida, cases have been increasing recently; on Monday, the state's latest daily count showed a positivity rate of 16%, meaning 16% of the people who were tested were positive.

“Immokalee is like the canary in the coal mine,” she says. “You’re going to repeat that situation all the way up the migrant stream,” as workers move north along the coast.

Asked about whether those workers are being tracked, she says “there’s not even good contact tracing in the Immokalee community. I can’t imagine they’re doing it up there.”

The situation in Immokalee was such that Doctors Without Borders came in to supplement local testing efforts and help with education. The organization “usually goes to war-torn areas and very rarely works in the U.S.,” Safer Espinoza said.

She praised the growers who are part of the Fair Food Program, saying they had gone “above and beyond” to provide PPE and sanitation for workers during the pandemic, as well as food delivery in some cases, to avoid exposure at stores.

The Florida Fruit and Vegetable Association is urging members “to take stringent steps now to safeguard their workplaces and workers’ health as workers return” for the fall and winter growing seasons, spokesperson Lisa Lochridge says. “It’s the right thing to do to protect our workforce and our ability to continue to grow food for Americans.” She also said “the vast majority of Florida’s harvest season had concluded” before the testing in Immokalee, “and guest workers had returned home or moved on to other regions.”

Shortages of personal protective equipment have eased up some since the beginning of the health crisis, but they may crop up again soon. Michael Marsh, president and CEO of the National Council of Agricultural Employers, says increases in COVID cases in some states, such as Arizona and Florida, could mean renewed competition between the ag sector and first responders for necessary PPE such as masks, gloves and sanitizer.

“Twenty-nine states and U.S. territories showed an increase in their seven-day average of new reported cases on Monday, with nine states reporting record average highs,” The Washington Post reported June 22. The states with the biggest increases over the last week are Arizona, Florida, Texas, Oklahoma, South Carolina, and Arkansas. 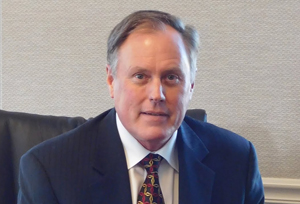 “We’re keeping our eyes on that,” Marsh said.

In Washington, which has a large worker population due to the fruits and vegetables grown there, it was difficult in the early weeks of the virus in March and April to get PPE and alcohol-based sanitizer and equipment, says Jon DeVaney, president of the Washington State Tree Fruit Association.

“PPE delays in shipments were pretty significant,” he said. “For the most part, now people have what they need to meet their requirements.”

Washington has taken a tough approach to health in the farm industry. On May 28, Democratic Gov. Jay Inslee issued a detailed set of requirements covering workers in field and orchard operations and packing houses, and when they are on employer-provided transportation. They include providing hand-washing stations and PPE at no cost.

As for testing, “To the extent feasible, employers must ensure timely access to COVID-19 tests for symptomatic employees and must provide transportation as needed,” the requirements say.

DeVaney says some growers are struggling to meet the new requirements, but “overall the compliance level is pretty good.” Nevertheless, “in some cases employers report that they have to use their disciplinary policies to ensure compliance.”

Both he and Bre Elsey, associate director of government relations at the Washington State Farm Bureau, say growers had no warning the requirements were coming.

Elsey says some farmers “can’t acquire the equipment they need to comply,” which includes hard-to-find parts for hand-washing stations that need to be within 110 yards of workers at all times. 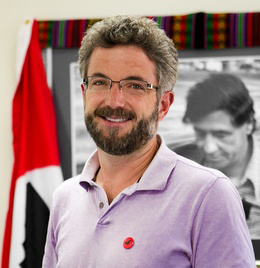 One problem with the standards is that in some ways they conflict with GlobalG.A.P. requirements on which some grower contracts are based, Elsey says. That program has "created voluntary benchmarks for the certification of agricultural products worldwide," according to GlobalG.A.P. For example, when it comes to hand washing stations, Elsey says Global GAP requires they not be inside orchard blocks.

"Compare that with the requirement from the state that it be within 110 yards [of employees] and you have a conflicting standard," she says. "One requires you to violate the terms of your GlobalG.A.P. contract, the other would require you to violate new state rules. It’s a no-win situation."

In the absence of the rules, “Farmers were successfully implementing additional safety procedures on their farms," Elsey said. "Grower representatives haven’t seen a shred of evidence to suggest these are based in science, like the governor claims."

NCAE members employ about 80% of the 2-million-plus farmworkers in the country, including about 85% of the H-2A workers.

Faber, however, says there needs to be enforceable standards. CDC guidance “is voluntary. What we need is a ‘shall,’ not a ‘should’,” he says. He criticized the Occupational Safety and Health Administration for not issuing an infectious disease standard, a decision upheld recently by the D.C. Circuit Court of Appeals.

Safer Espinoza says the CDC guidelines are not being consistently followed in the state and that testing, while crucial, “only works if there are facilities for people to quarantine.” She and Faber also said sick leave with pay is essential.

The CDC guidance says, “If a worker is in employer-furnished housing, consider providing a dedicated space for the worker to recover away from others.”

Faber says the problem of COVID in the farmworker population needs to be addressed soon. One potential impact of not having enough workers to harvest fruits and vegetables would be rising food prices, he said.

“The important point here is we have a chance to act before things get really bad. We still have time to get this right,” he said.