Head of UC ANR has ideas for recovery

Glenda Humiston, the vice president of UC Agriculture and Natural Resources, has three tips for how California can recover from the new recession. Humiston spoke in a panel discussion yesterday for “Regions Recover Together,” an event hosted by the organizers of the California Economic Summit.

Leverage the knowledge we have. Humiston said the state has “some of the brightest, most innovative people anywhere on the planet.” But their “wonderful solutions” rarely get beyond the community or regional level. As a success story, she cited Valley Vision’s work to enhance regional food systems over the last decade.

Quit reinventing the wheel. Humiston believes “many millions of dollars” are wasted by duplicating existing efforts because every community wants to start from scratch.

Invest our money in California. Although California is the richest state in the nation, most of its wealth has been “sucked out of our state for people on Wall Street to play with,” she said. “That's ridiculous.”

Remember: At the May meeting of the State Ag Board, Humiston pointed out that rural communities never fully recovered from the Great Recession.

She also emphasized that California needs to step up on rural broadband access, especially for “harnessing the potential power of ag technology.” One idea ANR has been looking into is adding towers at extension offices, fairgrounds and libraries to connect everyone within nine miles. 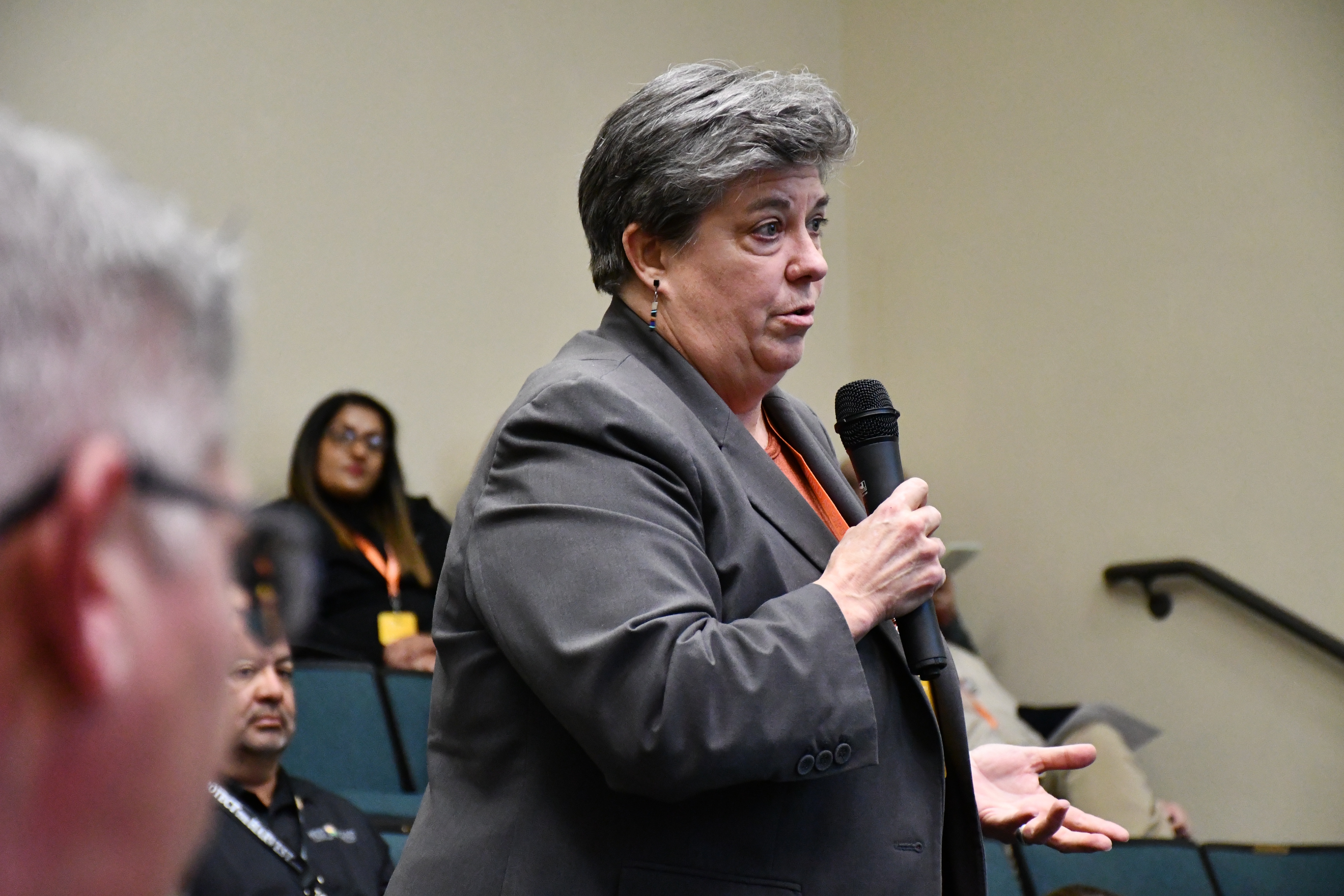 Glenda Humiston at the World Ag Expo in February

The current dry period is comparable to the Dust Bowl

With a new study suggesting the state is in a megadrought, researchers at the Public Policy Institute of California (PPIC) looked into what that means for water management.

Their analysis of precipitation over the last 20 years shows a cumulative deficit “comparable to the extended dry period that included the Dust Bowl,” they write in a blog post. Add in a pattern of warming temperatures, and the situation looks more like a megadrought.

Wet years become less frequent, limiting the ability to refill reservoirs and recharge aquifers. The deficit grows bigger over time, leading to groundwater overdraft issues, as is happening in the San Joaquin Valley.

The PPIC research fellows urge a change in drought planning, using the last two decades as a guide, rather than the wet centuries before.

The issue of climate change and, more specifically, the role farmers could play in reducing greenhouse gas emissions will be the focus of a Senate Agriculture Committee hearing today.

The committee will hold a hearing on the bipartisan Growing Climate Solutions Act, which is supposed to guarantee legitimacy and transparency to ag carbon trading by establishing a USDA-run system for certifying third-party verifiers and technical service providers.

Jason Weller, vice president of Truterra, the sustainability unit of Land O’Lakes, Inc., will tell the committee that the bill would provide the “core building blocks of transparency and information” needed for ag carbon trading. The legislation also would make USDA a “trusted source of information” on the carbon credit protocols and standards, while also providing estimates of market size and activity, he says.

Paul Dacier, an executive with Indigo Agriculture, a biotech firm that has established a carbon credit program of its own, will tell the committee that the USDA system could  “accelerate the role of agriculture as a climate solution while bringing greater economic and environmental resiliency to rural communities.”

Dacier is asking Congress to pass a transferable tax credit based on a set rate per ton of carbon dioxide equivalent that is sequestered by agriculture and forestry. He says the tax credit could be attached to the Growing Climate Solutions Act.

Keep in mind: The lead Republican co-sponsor of the bill, Mike Braun of Indiana, has acknowledged the bill likely won’t go anywhere this year. He’s looking to the next Congress. 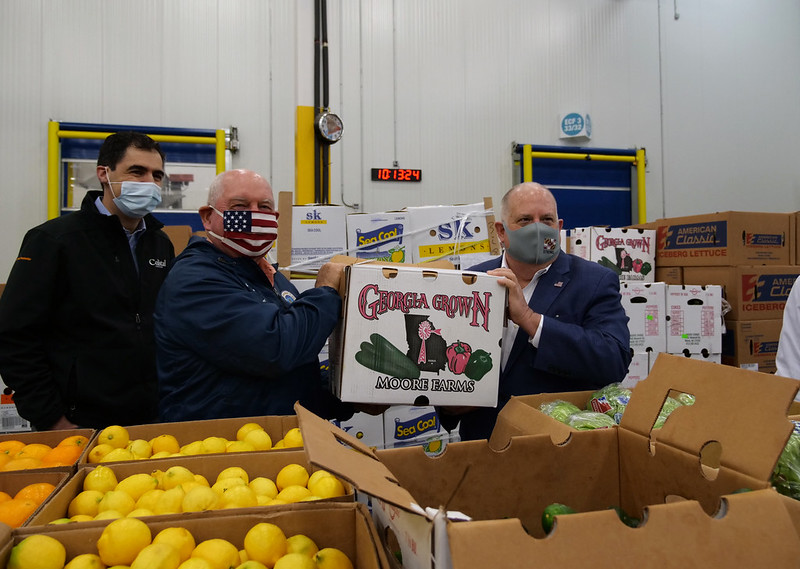 USDA reports that more than 20 million Food Boxes have now been delivered since the coronavirus relief program started in mid-May. That is still only halfway to the department’s original goal of delivering 40 million boxes by the end of this month

But Agriculture Secretary Sonny Perdue, who has been traveling the country promoting the program, insists that it is picking up steam. “This milestone is a testament that the program is accomplishing what we intended – supporting U.S. farmers and distributors and getting food to those who need it most. It’s a real trifecta, which is why we call it a win-win-win,” he said.

Bayer’s supervisory board is due to discuss and vote in the next few days on a settlement of thousands of claims by plaintiffs that exposure to Roundup caused their cancer, a German business publication reported Tuesday. The settlement is expected to be worth $8 billion to $10 billion.

Citing sources, Handelsblatt reported that $2 billion of the total amount would be set aside for future claims.

A settlement has been in the works for some time, but the COVID-19 pandemic delayed negotiations over the last few months, the company had said. Bayer stock rose 4.8% in U.S. trading Tuesday.

The Association of Equipment Manufacturers is launching an online campaign to promote the need to rebuild the nation’s infrastructure and expand trade to support the agricultural economy.

AEM had planned a cross-country, campaign-style bus tour this summer but had to postpone that initiative until 2021 due to the COVID-19 pandemic.

More than 60 companies are participating in the campaign, including several that make farm equipment. Scott Harris, vice president of Case IH North America, said the effort is aimed at educating voters “on the issues that are vital to the future growth and success of our industry.”

He argues in an op-ed for Fox and Hounds that this “would raise utility rates and hike gas prices as much as 10%.”