Transferring the family farm could get easier

A proposed ballot measure would protect farmers from undergoing a new property tax assessment when transferring the family farm. It has drawn the support of the California Fresh Fruit Association, along with firefighters and realtor groups.

Farms are actually an exemption to the measure. By adjusting the 1978 Prop. 13 ballot measure on property taxes, the proposal aims to close tax loopholes while protecting seniors and their homes and drawing more revenue for fire departments.

Republican Sen. Jim Nielsen of the Sacramento Valley called it “an opportunity to get more money for government.”

The measure, Assembly Constitutional Amendment 11, has had two hearings in the state Senate this week and could have a floor vote today. If it passes, the Assembly must approve the measure before it is placed on the November ballot.

A measure that could be approved for the November ballot as early as today would raise property taxes by repealing parts of Prop. 13 and replacing them with what’s called a split-roll tax. Agriculture is supposed to be exempt.

But Anthony Russo, a partner at Russo McGarty and Associates, explained yesterday that a lot of agricultural property would not be. Russo and the California Business Roundtable have been leading the opposition to the measure. They spoke yesterday with members of the California Association of Winegrape Growers.

Farmland would be exempt, but not vineyards and orchards, or food-processing facilities and barns, Russo explained. Yet how other property would be treated is unclear. Eric Miethke of Capitol Law and Policy Inc. pointed to vacant land not currently being farmed as one example.

If a winegrape varietal “spun off more income because it’s more desirable,” he said, “I would imagine that would be reflected in the assessed value and also result in higher taxes.”

Officials with ag chemical giant Bayer say they are standing behind the safety of Roundup and dicamba herbicides despite a massive $11.3 billion settlement of litigation over the products. Bayer CEO Werner Baumann also says the agreement with law firms representing nearly 100,000 Roundup plaintiffs and an undetermined number of dicamba plaintiffs should allay growers’ concerns about access to the herbicides..

The dicamba settlement includes $300 million for soybean growers who experienced drift damage between 2015 and 2020. Another $100 million is set aside for claims from growers of other crops, attorney fees and claims administration, said Don Downing, chair of the court-appointed plaintiffs’ executive committee.

One of the lead lawyers in the Roundup litigation, Robin Greenwald of Weitz & Luxenberg, said that settlement “is really the only way people will see any kind of resolution in their lifetimes.”

Take note: Some high-profile cases are not included in the settlements, including three Roundup cases where juries found for the plaintiffs and awarded them more than $1 billion, although the awards were significantly reduced by judges. Bayer is appealing those verdicts in hopes that favorable appeal decisions could reduce the chance of future litigation.

Similarly, the company is not settling with Bader Farms, the Missouri peach operation that won a $265 million jury verdict earlier this year. 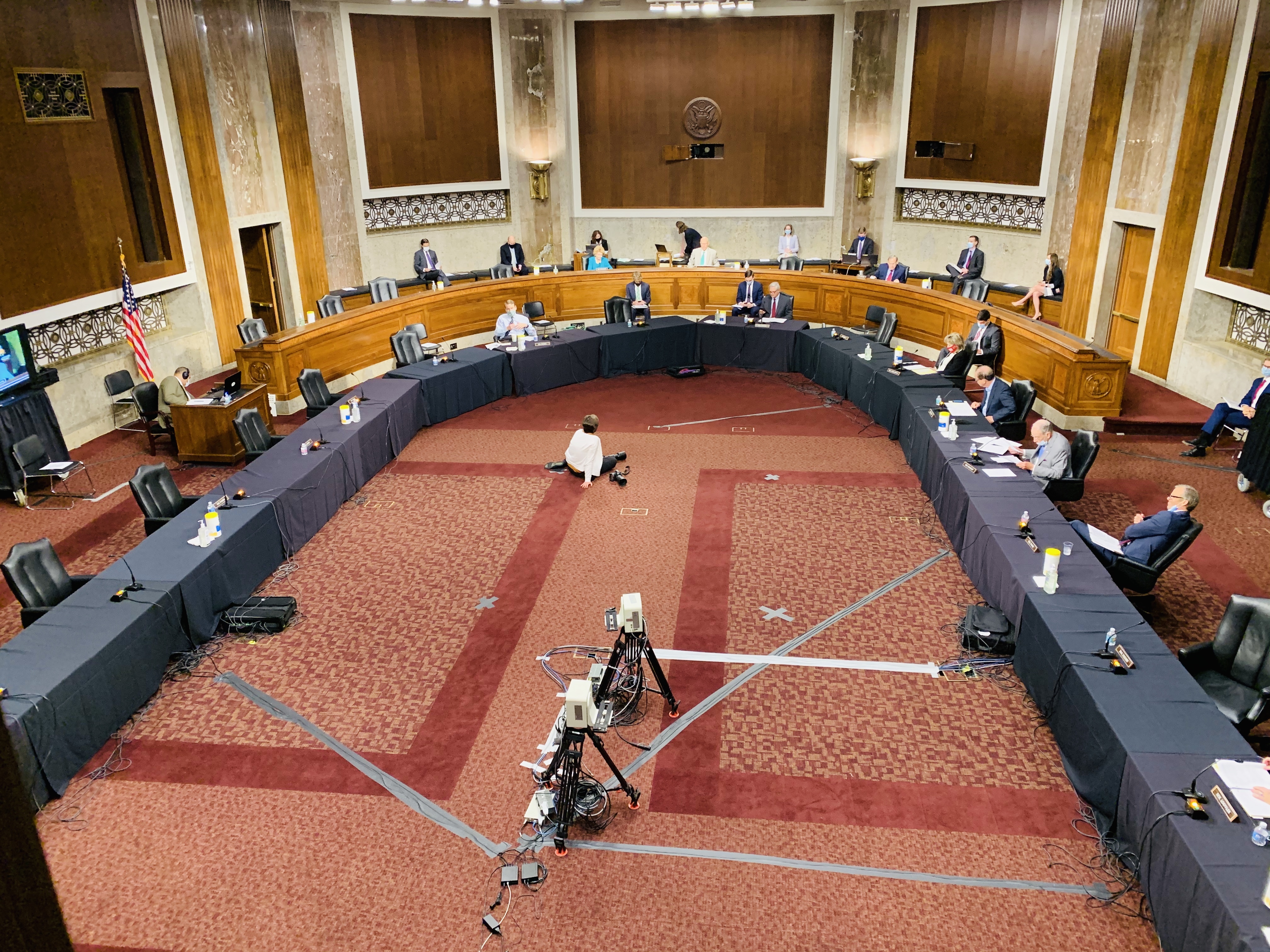 Ag carbon bill to be offered in House

Two House Agriculture Committee members say they’ll be introducing a companion bill to the Growing Climate Solutions Act, the bipartisan Senate measure that would give USDA a key role in verifying the validity of ag carbon credits.

Democratic Rep. Abby Spanberger of Virginia and Nebraska GOP Rep. Don Bacon announced plans for the House bill on Wednesday, the same day the Senate Agriculture Committee held a hearing on the legislation.

Take note: Arkansas Sen. John Boozman, who will become the top Republican on Senate Ag next year when Pat Roberts retires, said he’s concerned that credit markets will mostly benefit the companies that manage or buy the credits.

Read our coverage of the Senate hearing here.

House Democrats are working to gain bipartisan support for a $100 billion broadband bill that aims to make high-speed internet accessible and affordable in underserved rural communities.

House Democratic Whip Jim Clyburn, who heads the House Rural Broadband Task Force, says broadband should be an integral part of any infrastructure package moving forward. The Accessible, Affordable Internet for All Act has 30 co-sponsors.

“We believe that this infrastructure bill this year, or whenever we take it up, must have broadband,” Clyburn told reporters.

The bill would authorize $80 billion to deploy high-speed broadband infrastructure across the nation. It also authorizes funding for Wi-Fi on school buses so students can be connected to and from school, especially in rural areas where long bus rides tend to be common.

Take note: There is growing bipartisan support for significant increases in broadband funding.

Federal Communications Commission Chairman Ajit Pai is urging Congress to develop solutions to help small broadband providers as the commission’s Keep Americans Connected pledge expires next week. The pledge called on companies not to terminate service or charge late fees to businesses and residents who were having trouble paying their bills because of the COVID-19 crisis.

During a Senate Commerce Committee hearing Wednesday, Pai deferred to Congress on whether the assistance is a subsidy to consumers or to companies.

But he told Sen. Jerry Moran of Kansas, who also serves on the Senate Appropriations Committee, that the issue needs to be addressed as soon as possible because consumers continue to rely on connectivity during the pandemic.

More than 800 companies and associations signed the FCC's pledge.

“We call on elected representatives to hear the voices of California farmers, residents, communities, utilities and so many others. Invest in our wellbeing, resiliency and security. Invest in water.” — Ag Council President Emily Rooney, in an op-ed for the Bakersfield Californian, urging Congress and the state to support safe drinking water