We have some more clarity on the Senate GOP plan for helping farmers cope with the coronavirus, although Republicans were unable to roll out their full bill on Thursday as originally planned.

Although this will be a Senate GOP plan, North Dakota Sen. John Hoeven, who chairs the Ag Appropriations Subcommittee, tells Agri-Pulse he’s been working with leaders on both sides of the House Agriculture Committee to craft the assistance measures for farmers.

“We're looking at what the House did,” he said, referring to the ag provisions in the House-passed HEROES Act. “We're recognizing … that at the end of the trail this all has to fit together.”

Arkansas Sen. John Boozman, who will be the top Republican on the Senate Ag Committee next year, also has been involved in the discussions.

Bottom line: The Senate plan won’t raise USDA’s Commodity Credit Corp. spending limit, as many farm groups wanted. The plan will instead provide a $20 billion direct appropriation to USDA to go with the $14 billion in CCC funding that Congress provided in the CARES Act, enacted in March. There also will be authorizing language to allow USDA to address the needs of “everyone in the ag world,” Hoeven said.

Congress will replenish the CCC account this fall to ensure the department has the money it needs for covering farm bill program payments in October and other needs, he said.

Keep in mind: Hoeven acknowledged that there will be additional negotiations with Democrats after the GOP plan is released.

The House will vote on a package of fiscal 2021 spending bills today after adopting Democratic amendments targeting some of President Trump’s regulatory relief efforts and his executive order aimed at forcing meatpacking plants to stay open during the COVID-19 crisis.

One amendment would block the administration from accelerating the process for federal environmental reviews. Another is aimed at forcing EPA to move forward with designating a group of chemicals known as PFOA and PFOS hazardous substances.

The meatpacking amendment would block USDA from using the Defense Production Act to maintain operations at processing plants.

Trump: China trade deal means ‘much less to me’

President Trump said Thursday evening that the “phase one” trade deal with China holds far less importance to him now than it did just several months ago. He again blamed China for originally failing to contain COVID-19.

“The trade deal means less to me now than it did when I made it,” Trump said in a White House press conference. “When I made it, it was a great deal.”

A big week for US ag sales to China

The latest USDA weekly trade data is in and July 10-16 was a big one for U.S. ag sales to Chinese importers. The tally includes hundreds of thousands of sales and physical exports of U.S. soybeans, corn, wheat, sorghum, cotton and pork. 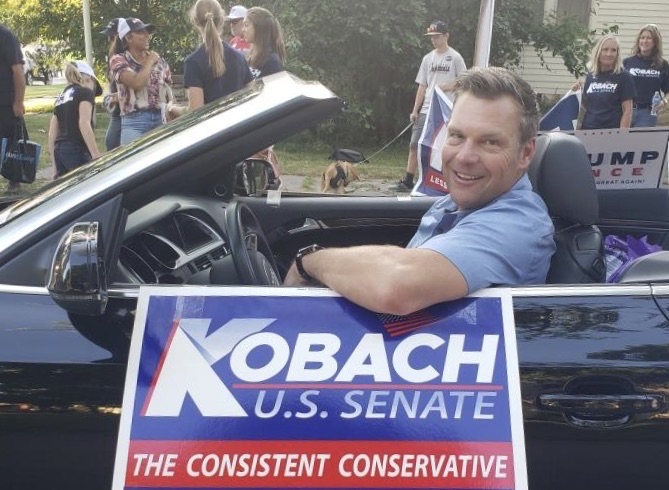 For months, Sen. Pat Roberts, R-Kan., had stayed out of the Republican race for his seat. He got off the fence this week, endorsed Rep. Roger Marshall, and immediately took heat from Marshall’s main target, former Kansas Secretary of State Kris Kobach.

Roberts tells Agri-Pulse that his reason for getting involved in the Aug. 4 primary was simple: “I wanna win.”

Marshall “worked very hard on the farm bill with me so his experience – he’s been endorsed by every farm organization and commodity group, so that’s one big reason,” Roberts said.

Kobach responded to the Roberts endorsement by slamming the Senate Ag chairman for his opposition to market restrictions on meatpackers. “Roberts would prefer to back the powerful forces of the meatpacking industry, just like the RINO Roger Marshall. I will stand with Kansas ranchers,” Kobach said.

Kobach backs a bill proposed by Republican Sen. Chuck Grassley of Iowa and Democratic Sen. Jon Tester of Montana to require packers to buy at least half their livestock on the open market.

Why it matters: The winner of the Aug. 4 primary will likely face Democrat Dr. Barbara Bollier in November.

Don’t miss: The draft Democratic Party platform addresses a series of agricultural issues and has a special section on trade. Read more about it here.

People with underlying medical conditions that are linked to an increased risk for severe COVID-19 illness are more likely to live in rural than urban counties, the Centers for Disease Control and Prevention says in a new report. Those health risks include obesity, diabetes, heart disease and chronic kidney disease.

Lawsuit over pork processing moves ahead

A federal judge in Minnesota has refused to kill a lawsuit alleging that a USDA program allowing increased line speeds at hog processing plants fails to adequately protect workers.

The plaintiffs, unions representing workers at those plants, argue USDA should not have approved the New Swine Slaughter Inspection System without considering worker safety. USDA asked U.S. District Judge Joan Ericksen to stay the case and remand the matter so USDA could offer a new explanation for why it didn’t, but she declined to do so in her ruling.

Ericksen said she would consider allowing USDA to reconsider its decision at the same time she considers the plaintiffs’ motion for summary judgment, which USDA must respond to by next Thursday.

He said it. “This COVID thing’s going to be around awhile, I don’t necessarily think this is the last package.” - Sen. Jon Tester, D-Mont., referring to the aid bill that lawmakers hope to pass before their August recess.