USDA budgeted $16 billion for the Coronavirus Food Assistance Program and hasn’t paid out anywhere close to that amount yet. But USDA says in a statement to Agri-Pulse the department will save any unused funds to help provide farmer assistance during the “remainder of 2020 and into 2021.”

As of Monday, USDA had distributed $6.8 billion in CFAP payments. The signup deadline is Aug. 28.

The statement says USDA used conservative assumes in developing the program to “make sure we were able to cover COVID-19 impacts in all production agriculture sectors and focused on only the first quarter and a small portion of the second quarter.” Also, the fact that many commodities eligible for the program aren’t covered by other farm programs added complexity to payment estimates, the statement said.

“USDA continues to do vast outreach to farmers and ranchers of all sizes and from all sectors of production agriculture to educate and promote CFAP sign up,” the statement said.

By the way: USDA also tells Agri-Pulse the department now has $18 billion available in its Commodity Credit Corp. account, including $14 billion provided by the CARES Act, enacted in March. The CCC account had $3.5 billion available at the end of June.

Farm bankruptcies are slowing down a bit this year despite the market disruptions, evidence that federal relief is helping the sector, according to the American Farm Bureau Federation.

Some 284 farms have filed for bankruptcy between January and June, 10 fewer than during the first half of 2019. There was an uptick in June, however, with Chapter 12 filings up 8% from a year ago.

“The fact that we saw bankruptcy filings slow in the first six months of 2020 shows how important the economic stimulus alongside the food and agricultural aid from the CARES Act have been in keeping farms above water, but the economic impact of the pandemic is far from over,” said AFBF President Zippy Duvall. 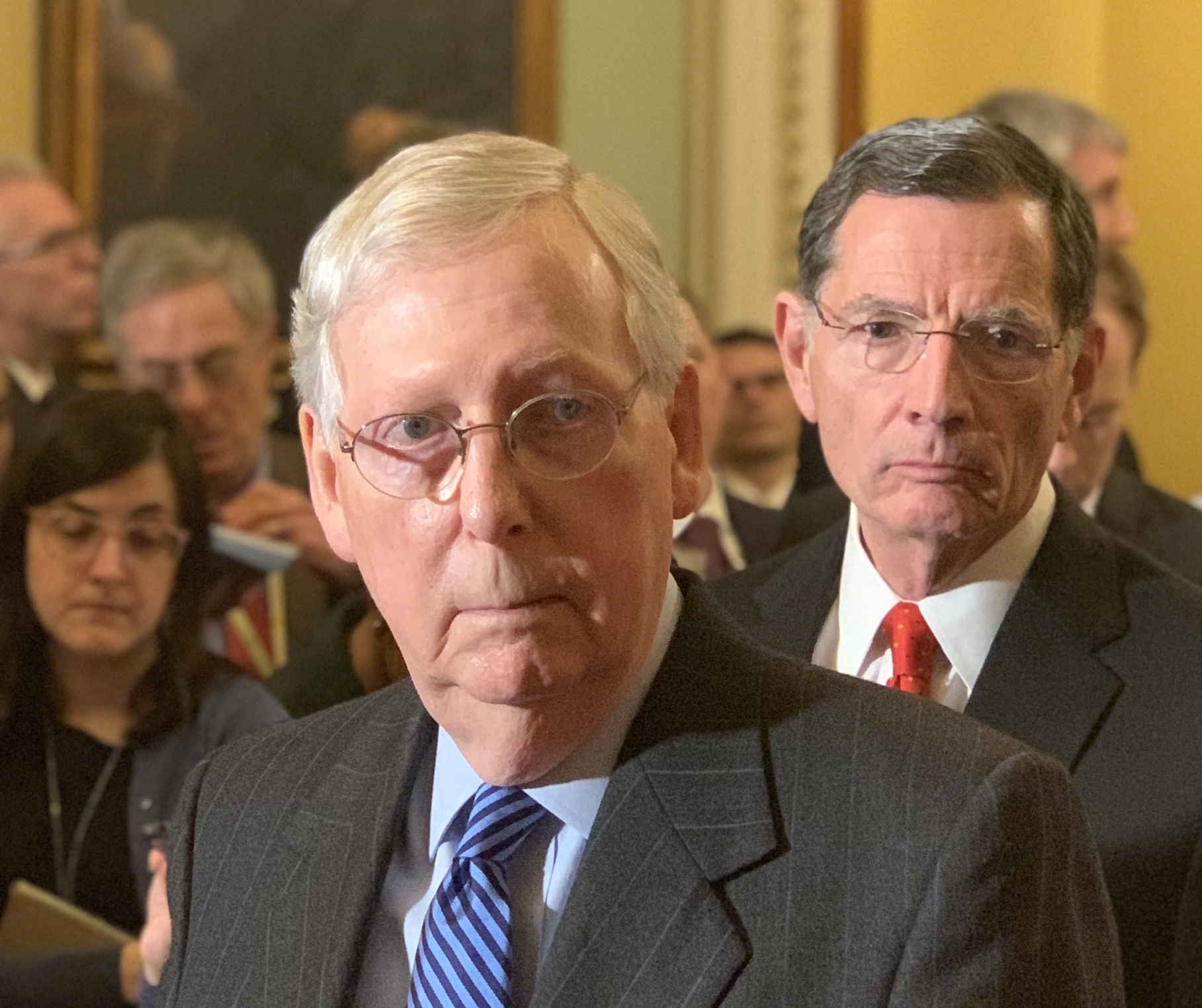 The positioning in the coronavirus aid negotiations continues without any public evidence at least that Democrats are close to a deal with the White House. On Tuesday, Senate Majority Leader Mitch McConnell ran down a series of problems with a House-passed aid bill and in the process singled out an initiative championed by Senate GOP Whip John Thune, R-S.D.

The set-aside program, which was authorized by the 2018 farm bill, is currently limited to 50,000 acres. Thune would like the program expanded, but the House provision was left out of the Senate GOP’s aid proposal, released last week.

Sen. John Hoeven, R-N.D., told Agri-Pulse in a recent interview that a SHIPP expansion is still in the mix, but it’s not clear it will make it into the final bill.

Take note: Treasury Secretary Steven Mnuchin told reporters Tuesday that negotiators hope to get a deal done yet this week.

For more on the ag issues in play in the aid talks, be sure and read this week’s Agri-Pulse newsletter.

No Ag Ball in January due to pandemic

Organizers of the quadrennial Ag Ball, a popular inaugural gala that draws attendees from all over agriculture as well as top policymakers, have canceled plans to hold it next Jan. 20.

According to a note to sponsors, organizes hope to schedule the ball for late winter or early spring. “We will wait until the end of this year or early next to start making new planning decisions to better assess the situation with covid,” the note says.

The event is formally known as the Bipartisan Inaugural Gala Celebrating American Agriculture.

Senate Finance Committee Chairman Chuck Grassley thinks the U.S.-China “phase one” trade pact will survive despite the mounting tensions between the two countries, including the latest move by President Donald Trump to ban the Chinese-owned video-sharing app TikTok unless it’s purchased by a U.S. company.

“I don’t think those are going to interfere with trade at all because China needs the United States,” Grassley said, noting the recent increase in Chinese purchases of U.S. corn and soybeans.

China is exempting most U.S. agricultural commodities from its tariffs.

Thank Hurricane Hanna for a smaller-than-expected “dead zone” in the Gulf of Mexico this year.

The hypoxic zone — an area with low to no oxygen —was expected to be about 6,700 square miles. Instead, the zone was measured by NOAA’s annual research cruise at about 2,116 square miles, the third-smallest in the 34-year history of surveys.

With higher discharge and nutrient loading this spring from the Mississippi River, models had predicted a larger than average hypoxic zone, but the hurricane wound up disrupting it, NOAA said.

“We all know there’s a tremendous amount of work to do,” Iowa Agriculture Secretary Mike Naig told reporters Tuesday of nutrient runoff that causes hypoxia. But he said “the way to achieve lasting change is to create a culture of conservation rather than a culture of regulation.”

Kansas Sen. Jerry Moran and other Republicans are appealing to the Trump administration to end a move to impose countervailing duties on phosphate fertilizers.

“U.S. farmers depend on affordable phosphate fertilizers to produce a variety of crops, including corn, soybeans, cotton, wheat, sorghum, sugar beets, and fruits and vegetables,” Moran and seven other GOP senators wrote the Commerce Department and U.S. International Trade Commission.

Phosphorous accounts for 20 percent of fertilizer usage and 15 percent of total cash costs for producers, the senators say.

Commerce is investigating whether phosphate fertilizer production is unfairly subsidized in Morocco and Russia, undercutting the U.S. industry.

He said it: “I’ve got the power!” That was Senate Finance Committee Chairman Chuck Grassley, perhaps channeling the 90’s band Snap! to describe President Trump’s claim that he has the authority to extend the weekly $600 unemployment benefits for Americans.

Grassley said he’s not sure Trump actually has that authority or whether it would be a good idea to use it. “I don’t know how that sells with the American public,” Grassley said.