Tuesday is another big day in the race for congressional seats critical to Congress. Republicans in Minnesota 7th District will pick a Republican challenger to House Agriculture Committee Chairman Collin Peterson.

President Trump jumped into the race Monday on behalf of former Lt. Gov. Michelle Fischbach, tweeting that she’s “a real winner!” The GOP race also includes Dave Hughes, who lost by four points to Peterson in 2018, and a doctor, Noel Collis, whose issues include attacking mask mandates.

“Fischbach will protect the unborn, is Strong on Crime & Borders, Cutting Taxes, your #2A, Loves our Military, Vets & will stand w/ our Greater Farmers,” Trump said in a tweet earlier this year, adding that she has “my Complete & Total Endorsement.”

Why it matters: Farm groups consider Peterson a vital ally on Capitol Hill, but Republicans see this seat as one of their very best pickup opportunities in November. Trump carried the western Minnesota district by more than 30 points in 2016. The district ranks sixth nationally in agricultural production.

Elsewhere: There is another GOP primary today in Georgia’s 14th District, which ranks 99th in ag production. Businesswoman Marjorie Greene, a supporter of the far-right QAnon conspiracy theory, is running against neurosurgeon John Cowan.

China is one of the biggest potential markets for U.S. ethanol, but the country has – at least for now – given up on the idea of increasing its usage of the fuel to reduce air pollution.

Chinese ethanol consumption is expected to drop to just 796 million gallons this year, a 341 million gallon drop from 2019, according to an analysis by USDA's Foreign Agricultural Service.

China promised to import U.S. ethanol as part of the “phase one” trade deal, but the country has unofficially abandoned its plan to bring the country up to an E10 blend rate, restrictive tariffs remain in place and demand has dwindled as gasoline and MTBE prices plummeted in response to the COVID-19 outbreak, the report concludes.

USDA is changing course on its plans for the third and final round of the $3 billion Farmers to Families Food Box program. The Agricultural Marketing Service originally said it would accept only combination boxes – boxes that include a mix of fruits and vegetables, dairy products and meat.

But AMS has revised its solicitation to also include commodity-specific boxes of fruits and vegetables; meat and egg products; and dairy products in the next round of the program that so far has resulted in delivery of nearly 60 million boxes.

That change, included in an amendment to the program, brings the third round more in line with what was requested in the first two rounds.

In a Q&A included with the program amendment, AMS said that combination boxes remain the program priority because they offer “the most nutritional value for families receiving each box.”

AMS has $500 million to $700 million to spend on the third round, according to Greg Ibach, USDA’s undersecretary for marketing and regulatory programs.

Grassley goes to bat for Ernst on biofuels

Grassley questioned whether Greenfield would take on Joe Biden’s administration on biofuels like he argues Ernst held the EPA accountable on small refinery exemptions. Greenfield “has not demonstrated that independence yet,” Grassley told reporters.

Greenfield for Iowa spokesperson Izzi Levy told Agri-Pulse that Greenfield will put Iowa farmers first “unlike Senator Ernst, who votes 97% of the time with Mitch McConnell and party leaders and voted to confirm fossil fuel lobbyist Andrew Wheeler to run the EPA.”

By the way: A group supporting Democratic candidates in the Upper Midwest, Focus on Rural, is sponsoring a Zoom call on Wednesday to talk about the ethanol issue.

USDA wants to know what farmers think about their interactions with the Farm Service Agency and Natural Resources Conservation Service. The department has launched a 20-question survey at farmers.gov. The survey, which takes an estimated 10 minutes to complete, will be open for six weeks or until the department gets a response rate of at least 30%.

About 28,000 were specially selected for the survey using a sampling algorithm, but all farmers are eligible to participate. 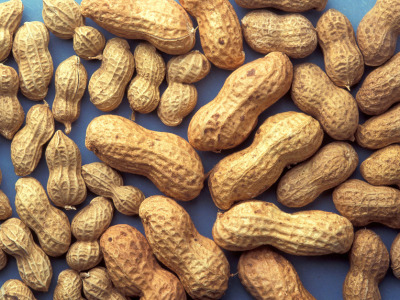 The COVID-19 pandemic has turned cheering baseball crowds into a wasteland of empty seats and sitting at home watching the boys of summer compete just isn’t the same, but the National Peanut Board has a suggestion to help producers. Buy a big bag of fresh, roasted, in-shell peanuts – the kind you’re used to munching on in the stands.

“If you can’t get to the ballpark, we’ll bring the ballpark to you,” is the message of a new 30-second ad from the NPB. “Because no matter where you are, nothing brings baseball home like peanuts.”

And you’ll also be helping out America’s farmers who count on Major League Baseball fans to consume millions of pounds of peanuts every year in stadiums.

“After a bumper harvest of ballpark peanuts, whose size, distinctive look and flavor have been specially cultivated to please baseball fans for over 100 years, America’s peanut farmers and industry processors had planned for and anticipated a normal 2020 season, and had already processed, sorted and bagged more than 2.3 million pounds of their beloved snack,” the NPB said.

He said it. “I expect we will not be voting this week unless there is something to vote on.” – Sen. Roy Blunt, R-Mo., pressed by reporters on Monday about prospects for a new coronavirus relief package.