Republicans used Day Two of their convention to make a full-throated defense of President Trump’s trade policies with testimonials of a dairy farmer and others.

Cris Peterson, who runs a dairy operation with her husband in Grantsburg, Wis., said Trump understands that “farming is a complicated, capital-intensive and risky business” and that his trade policy gave the Petersons the confidence they needed to rebuild their operation.

She also praised Trump for his administration’s response to the market disruptions that followed the COVID-19 shutdowns in March. “Our entire economy, and dairy farming, are once again roaring back,” she said.

Looking ahead: Iowa Sen. Joni Ernst will be speaking at the convention tonight. Her campaign tells Agri-Pulse she will highlight American farmers and their mission to feed and fuel the world. The theme of night three is “Land of Heroes.”

Climate will be ‘top priority’ for Democratic Senate

Senate Democrats are promising that they will move swiftly to pass climate legislation next year if they win control of the chamber. But a plan they released Tuesday leaves open the toughest question: What mechanism, such as a carbon tax or federal emissions limits, would be needed to meet their goal of making the U.S. carbon neutral by 2050.

“When Democrats retake the majority in the Senate we will be unified to move swiftly on legislation to tackle the climate crisis,” said Senate Minority Leader Charles Schumer, D-N.Y.  “Passing climate legislation will be a top priority for Senate Democrats and for me if we gain the majority and I become the majority leader.”

Schumer declined to commit to ending the filibuster to pass a climate bill, but he expressed confidence he could keep Democrats unified. “Our caucus from one end to the other is committed to strong and bold action on climate,” he said.

Keep in mind: Democrats controlled the Senate back in 2009 and couldn’t agree among themselves on President Barack Obama’s cap-and-trade plan.

The easiest way for Democrats to pass a climate bill next year would be to use the budget reconciliation process – a reconciliation bill can pass the Senate with a simple majority – but rules limit what could be included in the legislation.

Take note: The Senate Democratic plan is in line with ones put out by House Democrats and by presidential nominee Joe Biden in outlining a voluntary approach to reducing agriculture’s greenhouse emissions.

“Farmers and ranchers have been sequestering carbon for a long time as part of the practices that keep their soil healthy and productive,” the plan says. “Given the beneficial impact these practices provide in the fight against climate change, farmers should be directly compensated for this ecosystem service.”

China picks up corn and soy buying pace in August

China isn’t slowing down in its corn and soybean purchases this month.

Iowa’s two GOP senators are irate at Democrats for even suggesting that U.S. Ambassador Todd Chapman did anything untoward in his efforts to convince Brazil to lift its tariffs on U.S. ethanol.

“Essentially, they are saying President Trump and officials like yourself should not fight for America’s ethanol industry because it’s an election year – and a president who delivers on his promises is bad for them,” Sens. Chuck Grassley and Joni Ernst said in a new letter to Chapman, who was criticized by New York Democratic Reps. Eliot Engel and Albio Sires.

Engel and Sires sent their own letter recently to Chapman asking him if press reports were true that he asked Brazilian officials to help Trump out in his re-election campaign by lifting the country’s 20% tariff on U.S. ethanol. The two countries are now negotiating Brazil’s tariffs and its tariff rate quota which is set to expire next week.

EPA Administrator Andrew Wheeler and Ag Secretary Sonny Perdue will be discussing innovations in fertilizer at a press conference this morning. That’s according to The Fertilizer Institute, the industry group that will be represented at the meeting.

House Democrats are demanding answers from USDA on its management of the Farmers to Families Food Box program, which was created this spring to distribute surplus food to needy Americans.

In a nine-page letter to Secretary Perdue, the chairman of the House Select Committee on the Coronavirus Crisis, James Clyburn, argues that the department granted large contracts to middlemen lacking the ability to deliver food they agreed to provide.

The letter demands USDA turn over documents on contracts involving 12 senate companies, ranging from agribusiness giant Cargill Inc. to CRE8AD8 (pronounced create-a-date), a small firm that became infamous after its involvement in the program became public.

Some 23 recipients from California to Connecticut will receive about $4.1 million in grants and cooperative agreements to increase urban agriculture projects and eliminate food waste.

The grants are being distributed through the new Office of Urban Agriculture and Innovative Production. Norton said over 500 applicants applied. 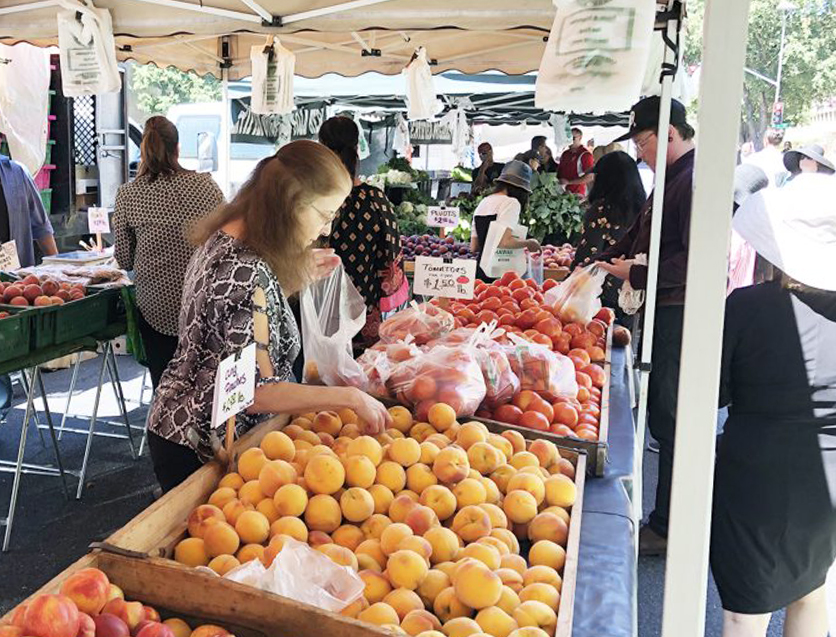 Some 85% of the food sold at farmers markets nationwide is locally grown. That’s according to a new survey of farmers market managers by USDA’s Agricultural Marketing Service.

The number of markets nationwide has remained relatively steady. In 2015, USDA reported about 8,400 markets.

About half the current markets, 4,100 in all, participate in federal nutrition programs.

He said it. "We’re not taking anything off the table.” - Senate Minority Leader Charles Schumer, D-N.Y., when asked by reporters whether Democrats would eliminate the filibuster to pass a climate bill.