Infections bring Legislature to a crawl

On Wednesday, Senate Pro Tempore Toni Atkins canceled the day’s floor session after Republican Sen. Brian Jones of San Diego County tested positive for COVID-19. Yesterday, almost the entire GOP caucus was in quarantine and voting remotely. Only Sen. Jim Nielsen, among the most vulnerable in the capitol to the virus, was present on the floor.

The caucus had actually met for a lunch on Tuesday, removing masks to eat.

This was the first time the Senate voted remotely. Just two weeks earlier, Jones had raised concerns over the legality of remote voting.

The Assembly met in full on both days, despite Jones reportedly having been in contact with some assemblymembers.

The Senate has until Tuesday to wrap up voting on hundreds of bills, many of them urgency measures related to the pandemic and economy. 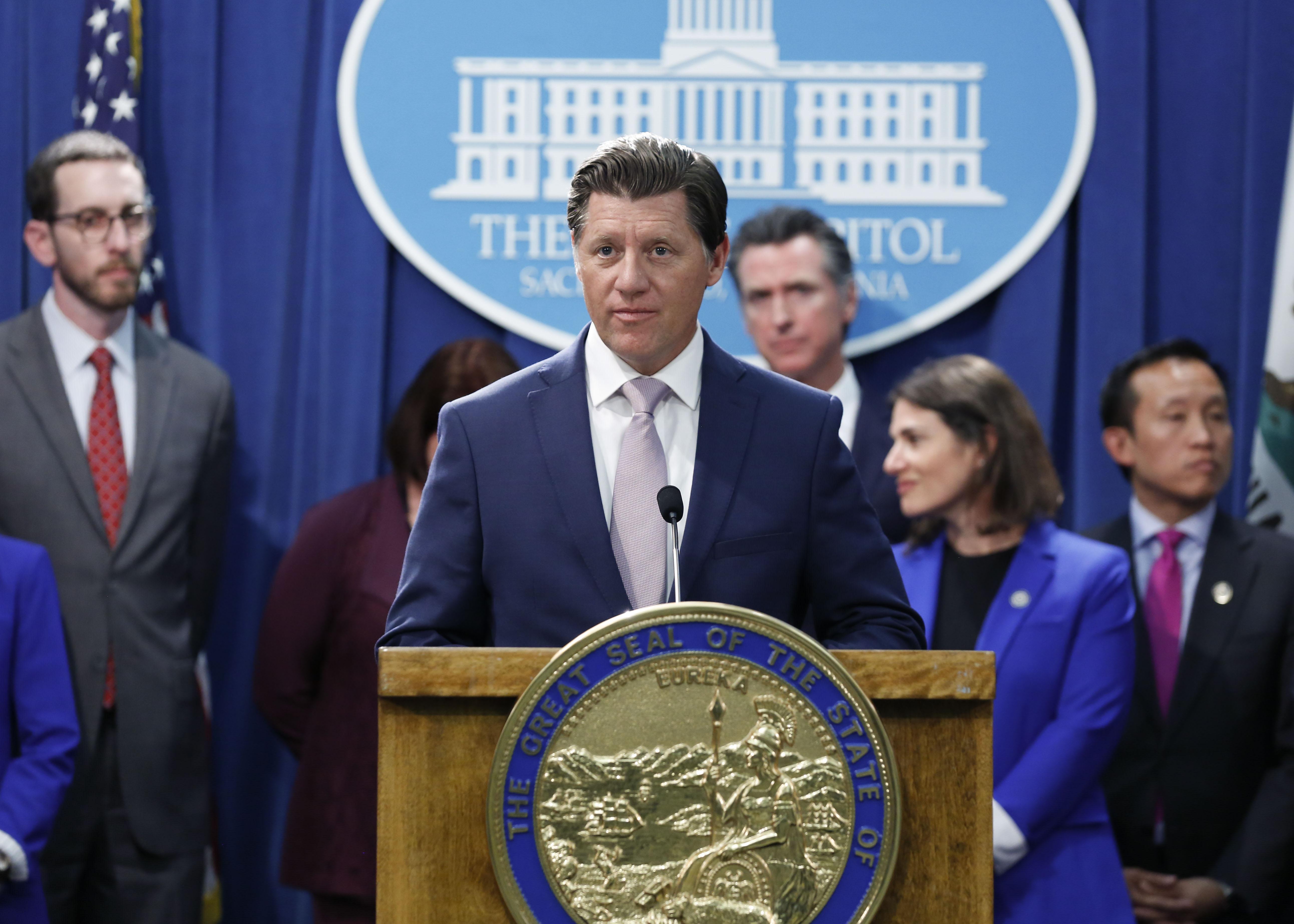 Lawmakers introduced a bill Tuesday night that would extend a fee on utility bills to create $3 billion to cover firefighting efforts. The fee was originally developed last year to set aside $21 billion to cover damages from utility-caused wildfires.

While the fee is just half a cent, it could add up to as much as $20,000 for some food processors each year, argues the Western Agricultural Processors Association.

He pointed out that the current fires were caused by lightning strikes and not utilities. He also took issue with more than $200 million going toward restoration projects. 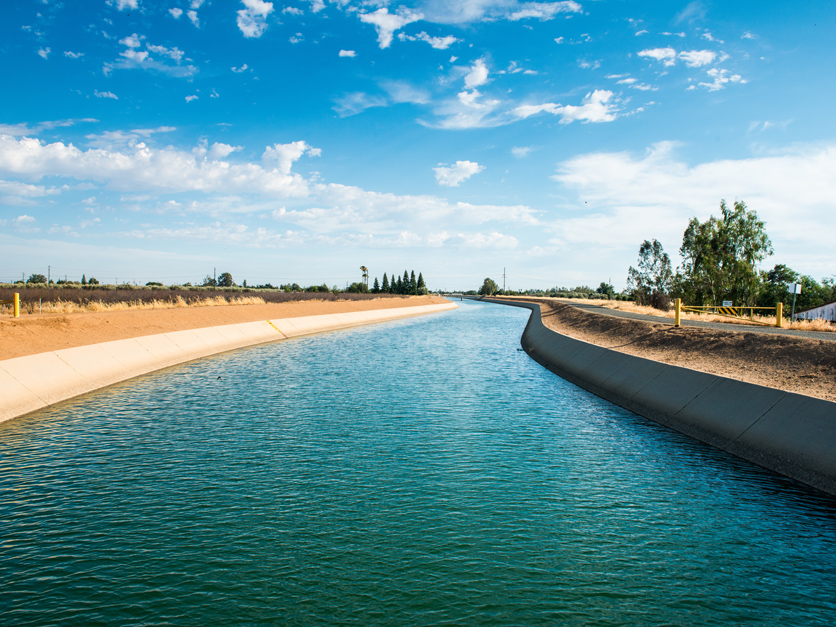 Also buried within the Tuesday measure is a provision to allocate $50 million to restoring the capacity of the Friant-Kern Canal, which was lost due to subsidence.

The provision would require at least a 50% cost share for the funding to be approved. Another $50 million would go toward wetlands restoration projects to meet the needs of a settlement agreement following a lawsuit brought by the Natural Resources Defense Council against the state.

Remember: This comes just days after the Senate Appropriations Committee crippled a bill calling for $400 million to fix the canal.

Napa County Ag Commissioner Humberto Izquierdo told Agri-Pulse this week that about 260 Napa growers, spanning 613 sites, have had to evacuate from the LNU Complex fires.  Winegrapes covered more than 97% of those sites.

“There is a lot of concern about smoke taint,” he said. “So growers are trying to harvest as quickly as they can. Some vineyards got singed pretty badly. But the majority made it through.”

Santa Cruz County Ag Commissioner Juan Hidalgo said about 3,000 acres of crops have been impacted by the CZU Lightning Complex fires. The extent of the damages have still not been determined, he added.

“There are several Brussels sprout operations near the coast, and growers can’t get to them to harvest,” he said, adding that some winegrapes have been damaged as well.

Deputy Agriculture Steve Censky will be in Minnesota today to tour a food bank in Rochester and get input from farmers and others on the Coronavirus Food Assistance Program and the Farmers to Families Food Box program. Censky should have good news to deliver to farmers.

Agriculture Secretary Sonny Perdue told reporters on Wednesday that USDA would be moving forward with a second round of CFAP payments “very shortly after Labor Day,” using $14 billion left over from the CARES Act that passed in March.

Perdue indicated that CFAP-2 will focus on compensating farmers for losses after April 15 and would include commodities that have been added to the program recently.

The multibillion-dollar settlement announced in June to resolve thousands of Roundup exposure cases may be on the rocks, according to statements at a status conference in the litigation Thursday.

A federal judge is considering lifting the stay on litigation he granted to allow the settlement to be resolved. Read our report here. 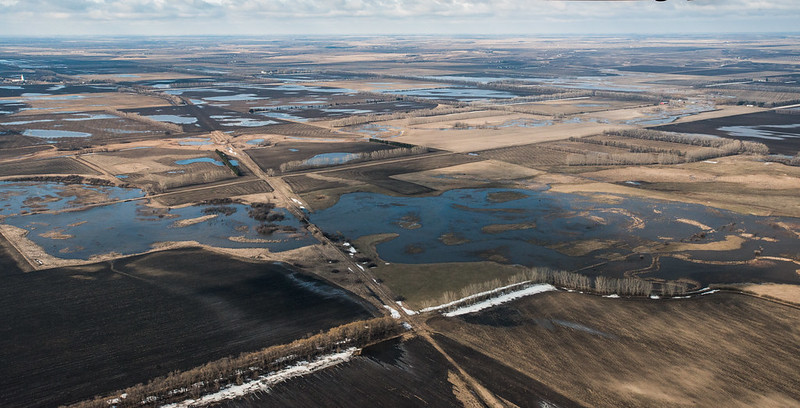 USDA’s Natural Resources Conservation Service has finalized some changes to how it determines whether land is highly erodible or a wetland, in the process “clarifying how wetland hydrology is identified for farmed wetlands and farmed wetland pasture,” the service said Thursday.

A final rule published in today’s Federal Register includes new language to clarify how NRCS considers the “best-drained condition for wetland hydrology in keeping with the definition of prior converted cropland.” The rule also adds a requirement from the 2018 farm bill that USDA “make a reasonable effort” to include the affected farmer or landowner when investigating on-site whether a wetland determination was violated.

Responding to criticism of maps used between 1990 and 1996, NRCS said determinations made after Nov. 28, 1990, and before July 3, 1996, “are certified wetland determinations” if they were made using one of two separate forms, “the person was notified that the determination had been certified, and the map document was of sufficient quality to determine ineligibility for program benefits.”

“You cannot continue to have California grow, and live off the water storage we built in the ‘60s.”—Rep. Kevin McCarthy, R-Bakersfield, in a webinar yesterday for the Public Policy Institute of California

Daybreak: A few of the ag-related bills passed in the Legislature
Aversion to dams leads Legislature to stall a minor irrigation bill
Newsom to act on reporting infections among farmworkers