The impasse over coronavirus relief continues on Capitol Hill. House Agriculture Committee Chairman Collin Peterson doesn’t think a deal is going to be reached this month, but he tells Agri-Pulse he’s watching to see if some ag provisions could be included in a continuing resolution that will be needed to keep the government running after the new fiscal year starts Oct. 1.

“I’ve kind of had my eye on that because having been around for a while that might be where this ends up, so we’ll see,” he told Agri-Pulse.

The GOP view: Senate Majority Leader Mitch McConnell tells Agri-Pulse that he plans to put a GOP aid bill on the floor that will include $20 billion for agriculture. But he acknowledged the bill likely won’t get the support it needs from Democrats.

He said he still hopes that Democrats can reach a deal with the White House when lawmakers return to Washington after Labor Day. So far, Democrats are insisting that the White House agree to spend at least $2.2 trillion.

“I hope we can get past all this and do one more” aid bill, McConnell said. “If we do it’s obviously going to be in September.”

Keep in mind: Ag Secretary Sonny Perdue reiterated to members of the National Association of State Departments of Agriculture on Monday that USDA is gearing up to announce a second round of payments to farmers under the Coronavirus Food Assistance Program. USDA will be using money it already has on hand.

“This overnight purchase of three-quarters of a million ton … shows us that not only is China committed to working as best as they can to fulfill ‘phase one’ commitments, but it’s also telling us that the demand is there and we are an affordable and reliable option,” U.S. Grains Council President and CEO Ryan LeGrand told Agri-Pulse last week.

China is still a long way from meeting its pledge under the “phase one” trade agreement to buy $80 billion in U.S. ag exports over this year and next. But Perdue insists China is “saying all the right things about their desire to fulfill the commitment.”

Perdue told NASDA members Monday he expects China to continue buying heavily from the U.S. until the Brazilian crops come in early next year.

Keep in mind: Despite the widespread storm damage in Iowa last month, Perdue says U.S. farmers will have plenty of corn to sell. “With the crop that’s coming on, it looks like we’re going to need a strong export run,” he said.

Bi-Khim Hsiao, head of the Taipei Economic and Cultural Representative Office – Taiwan’s unofficial embassy in Washington – and Taiwanese Economic Minister Mei-Hua Wang both asserted that now is the time to begin talks on a free trade agreement.

David Stilwell, an assistant secretary at the State Department who joined the two Taiwanese officials in a Heritage Foundation webinar, did not directly address the topic of an FTA, but he asserted the American desire for stronger ties to Taiwan. He also stressed Taiwan’s position as a top 10 market for U.S. soybeans, corn, beef, wheat, fruit and poultry. 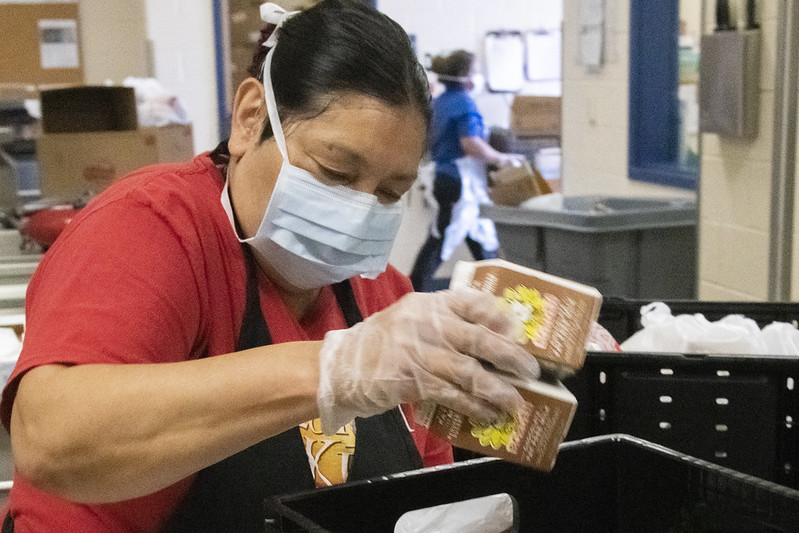 Under heavy pressure from school districts and Capitol Hill, USDA has agreed to allow schools to continue providing meals to all students at no charge and also off-site. But the authority is good only until the end of the calendar year, or when available funding runs out.

The Senate Ag Committee’s top Democrat, Debbie Stabenow, D-Mich., says USDA’s fall extension was a “positive first step forward.” But she and the School Nutrition Association, which represents school feeding programs, would like to see the authority extended for the full school year.

Keep in mind: According to Stabenow’s office, the expanded feeding authority costs the federal government about the same as subsidizing standard school meals.

The anti-hunger group Share Our Strength also urged USDA to assure schools the feeding authority would continue into next spring. The fall extension “is important for hungry kids headed back to school, younger siblings not yet in school, parents struggling to make ends meet and for the schools and community groups rising to the challenge to feed them during this pandemic,” said Lisa Davis, senior vice president of the group.

AFBF said it “advocated for clear rules and safeguards to ensure fair treatment of farmers in conservation compliance, but the final rule does not remedy unfair enforcement” actions by the Natural Resources Conservation Service.

Farmers “deserve to be protected from repeated, unjustified, costly decisions,” AFBF President Zippy Duvall said. “Although we appreciate recent actions by USDA to rectify historic wrongs, this was a missed opportunity to ensure fairness going forward.”

The rule, published Aug. 28, attempts to clarify how wetland hydrology is identified for farmed wetlands and farmed wetland pasture, among other provisions.

He said it: “I hope not, that would be stupid.” – House Agriculture Chairman Collin Peterson, when asked if he was concerned about a government shutdown this fall. History is on his side: Government shutdowns generally do not occur ahead of elections.