After weeks of talks, Brazilian and U.S. negotiators have a tentative deal to extend Brazil’s tariff rate quota for U.S. ethanol by 90 days to give both countries more time to hammer out a more permanent agreement on trade.

Brazil’s tariff rate quota that allows 198 million gallons of U.S. ethanol to enter duty-free every year expired Aug. 31 as negotiators continued to haggle. As of Tuesday evening, the two countries had preliminarily agreed to the short-term fix, but the deal wasn’t yet in writing, government and industry sources told Agri-Pulse.

We’ll get a new read today on how farmers are coping this year amid the COVID-19 crisis when USDA releases its updated farm income forecast.

Back in February, ahead of the pandemic-related market disruptions, USDA projected net cash farm income would fall 9% this year.

USDA has enough money on hand to start making a second round of payments of the Coronavirus Food Assistance Program, says John Newton, chief economist for the American Farm Bureau Federation. But farmers still need Congress to act to expand USDA’s legal authority for distributing aid, he says.

“Expectations were that it was going to be between $16 and $19 billion and with only $9.4 (billion) going out the door with only two weeks left, I expect they’ll have some additional money,” Newton said.

He says lawmakers need to pass some kind of new aid package for ag because some producers still aren’t eligible for assistance. They include poultry growers who, in some cases, have seen the number of flocks they receive reduced because of coronavirus. He said in some cases it’s resulted in a 20% decline in revenue.

China continues to prove that its strong demand for corn to feed the country’s growing pork and chicken production. The USDA announced Tuesday another 596,000-metric-ton sale of U.S. corn to China, mirroring a purchase of exactly the same amount that was announced Monday.

The sales follow closely behind a Chinese purchase of 747,000 tons of U.S. corn last Thursday.

As if House Ag Chairman Collin Peterson, D-Minn., didn’t have enough of a challenge winning re-election, the Trump campaign declared Tuesday that it is “all in” on trying to win Peterson’s home state for the president.

Trump Campaign Manager Bill Stepien told reporters Tuesday he believes Democrats must go four out of four winning Minnesota, Wisconsin, Pennsylvania, and Michigan, and he doesn’t think they can do it.

Keep in mind: Trump carried Peterson’s western Minnesota district by 31 points in 2016, and Republicans are counting on flipping Peterson’s seat with Trump on the ballot again.

The last time a Republican won Minnesota in a presidential election was in 1972.

For an in-depth look at Peterson’s re-election race, check out this week’s Agri-Pulse newsletter. We look at some progress the Trump administration is making in overhauling the federal regulatory process for agricultural biotechnology. And we also report on the Trump administration's plan to deal with complaints about imports of Mexican produce. 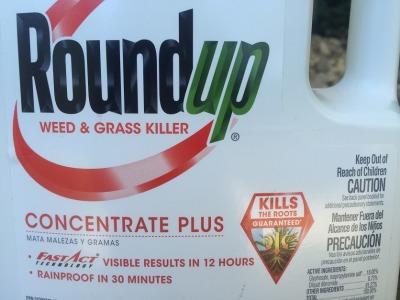 Monsanto is seeking relief from a California Court of Appeal ruling that upheld a decision against the company in the first Roundup cancer case to go to trial.

In a petition to the state Supreme Court, the Bayer-owned company continues to argue that federal law — specifically, the Federal Insecticide, Fungicide, and Rodenticide Act — pre-empts the decisions below.

“The jury’s verdict that Monsanto was required to provide a cancer warning imposes a requirement on Monsanto that contradicts the longstanding conclusion of EPA that no such warning is required,” the petition says.

The case involves Dewayne Johnson, who was initially awarded $289 million by a jury, only to see that award gradually shrink to $20.5 million as reduced by the court of appeal, even as it mostly upheld the verdict.

The proposed interim decisions include some popular chemicals, including metolachlor/S-metolachlor, which is used on a variety of crops, propanil (rice), and triclopyr (soybeans and rice).

He said it. “We’ve done multiple deals before. We can do multiple deals again.” – Treasury Secretary Steven Mnuchin, insisting to House members Tuesday that the Trump administration is ready to pass another coronavirus relief package.

The talks have been at an impasse in part because of differences between congressional Democrats and the White House over how much additional money to provide to state and local governments. There are “tremendous areas of agreement,” Mnuchin said.