The battle for the top Republican slot on the House Ag Committee continues behind the scenes. Two of the lawmakers vying for the post have been soliciting feedback on what Congress needs to do to address the farm economy.

The latest is Rep. Glenn Thompson, R-Pa., who sent a letter dated Sept. 1 to GOP members of the committee. “COVID-19 has presented a new set of challenges and compounded existing struggles,” Thompson wrote. “As significant direct support and tools are made available to farmers and ranchers, the Committee must remain focused and engaged with all stakeholders.”

Thompson notes  that the committee’s GOP members “serve diverse communities from across the country.”

Meanwhile: An aide to Rep. Rick Crawford, R-Ark., emailed some ag groups back in July seeking advice. “With your input, suggestions, and advice, we would like to create a robust and ambitious plan for the first three to six months that would reflect the priorities of the broader agriculture community in America,” says the email, obtained by Agri-Pulse.

A spokesperson for the third challenger for the post, Austin Scott, R-Ga., says he “continually solicits feedback, concerns and priorities from colleagues, farmers and industry stakeholders to better assist the ag industry in his role as a senior member” of the committee.

The Senate is set to vote today on a coronavirus aid package that Republicans acknowledge is intended to give vulnerable GOP senators something to talk about on the campaign trail. The bill, which includes $20 billion in ag funding, has no chance of passing the Senate since it doesn’t appear to have any Democratic support.

Meanwhile, GOP senators appear pessimistic that there will be a deal on COVID aid before the election. “Unless something really broke through, that’s not going to happen,” Senate Appropriations Chairman Richard Shelby, R-Ala., told reporters when asked about the prospects of a deal.

What Congress is going to pass this month is a stopgap spending bill to avoid a government shutdown on Oct. 1. The text of the continuing resolution hasn’t been released yet. Senate Majority Leader Mitch McConnell, R-Ky., wants to keep the government operating until December.

The biofuel industry is welcoming a Reuters report that President Donald Trump has ordered EPA to deny retroactive exemptions from the Renewable Fuel Standard. But refiners say the move would undermine Trump’s energy dominance agenda.

But keep in mind: Neither the White House nor EPA responded to a request Wednesday for confirmation of the report.

Chet Thompson, CEO of the American Fuel and Petrochemical Manufacturers, said Trump “has given the ethanol industry everything it has asked for and they have achieved record blending and consumption of their product on his watch. By now the president should know they will never be satisfied.” 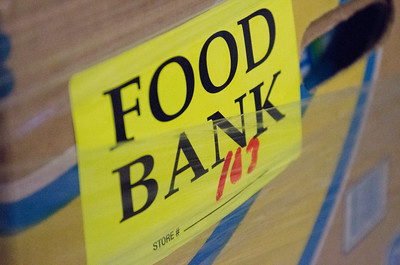 COVID hunger may be easing

We have some new numbers on U.S. food insecurity, both current as well as before the COVID-19 crisis. About 22.4 million American adults reported in August that they had trouble finding enough to eat in the previous seven days, according to a new Census Bureau survey.

That number is down from more than 29 million in July. However, analysts at the Center for Budget Policy and Priorities caution that the numbers may not be entirely comparable because of survey changes that significantly reduced the response rate.

Mississippi, Alabama, Oklahoma and the Miami metropolitan area all have “food scarcity” rates above 14%, well above the national rate of about 10%, according to the Census data.

Separately, USDA released its assessment of U.S. food insecurity in 2019, ahead of the pandemic. According to that survey, 10.5% of all U.S. households were food insecure during 2019, a lower rate than before the 2008-2009 recession. USDA considers a family food insecure if their access to food was limited by lack of money and other resources

A report released by the Commodity Futures Trading Commission warns that drought and extreme weather events related to climate change in major ag states could lead to more volatility in the futures markets.

CFTC Commissioner Rostin Behnam, who sponsored the report developed by a panel of advisers, said events such as last month’s Iowa derecho will likely worsen in frequency and intensity.

The report says traders will have to “adapt to this wide range of physical risks by devising new ways to value, price, and manage climate risk," the report says.

Good timing: USDA is asking for comments on its Agriculture Innovation Agenda “on the most innovative technologies, practices, and management tools that can be readily deployed through one or more USDA programs.” 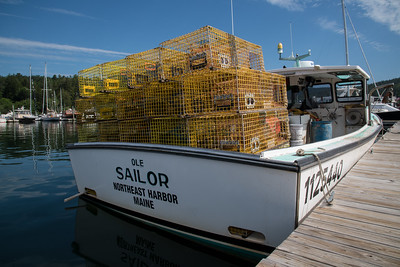 US seafood sector to get $530 million in USDA support

USDA is tapping its Commodity Credit Corp. account to help the U.S. seafood sector cope with the impact of China’s retaliatory tariffs. Payments will be made to producers of lobster, cod, flounder, salmon, tuna and other seafood.

Ag Secretary Sonny Perdue said the Seafood Trade Relief Program will ensure that “fishermen and other U.S. producers will not stand alone in facing unjustified retaliatory tariffs while President Trump continues working to solidify better and stronger trade deals around the globe.”

Brazil will have a big rice harvest next year, driving down prices for consumers who count on the grain as a dietary staple, the country’s agriculture minister promised Brazilians this week.

"Rice will not be lacking,” Agriculture Minister Tereza Cristina promised the public this week. “Now (prices are) high, but we are going to make it go down. God willing, we will have a super harvest next year."

CONAB, a non-government agricultural analysis company, estimates that next year’s crop will reach 12 million metric tons, a 7.2% increase from this year’s harvest.

But rice is in tight supply now and there is even some speculation that the country may import some from the U.S.

He said it. “By working together, we can ensure that rural America has the tools to weather this storm and the support required to thrive in the long term.” Rep. Glenn Thompson, in a letter to House Ag colleagues.