Don’t miss our Agri-Pulse Summit, Sept. 21, for the latest on food and farm policy

Registration is free to Agri-Pulse subscribers and congressional staff. To register, click here. 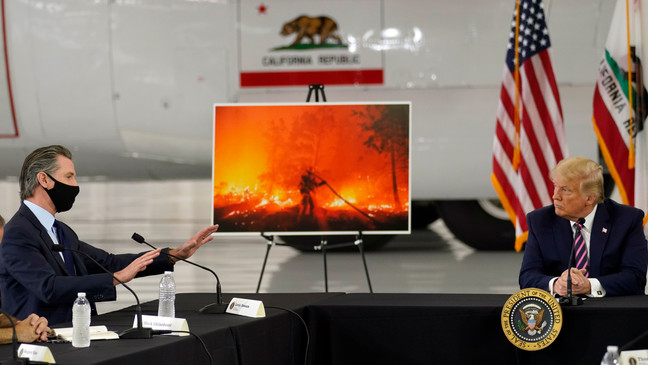 In Sacramento, Trump clashes with Newsom over climate policy

As one of several stops in the West, President Trump landed in Sacramento to discuss wildfires with Gov. Newsom and fire officials.

During a press briefing, Trump said California has not been dealing with its leaves and “exploding trees” as well as Scandinavian countries. Newsom later pointed out the state owns just 3% of its forestlands and called climate change “self-evident.”

California Natural Resources Secretary Wade Crowfoot also triggered a response from Trump. "If we ignore that science and put our heads in the sand and think it's all about vegetation management, we're not going to succeed together at protecting Californians,” said Crowfoot. 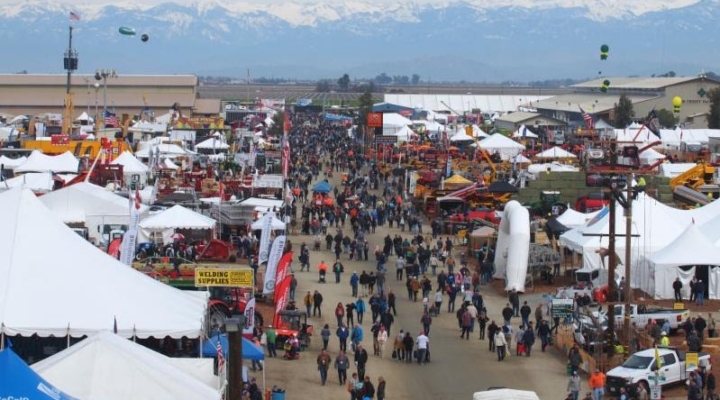 For the first time in its 52-year history, the World Ag Expo will not take place next year. International Agri-Center CEO Jerry Sinift said holding the event would not be responsible due to the state’s health and safety restrictions.

Each February the expo draws about 100,000 visitors from 65 countries to Tulare, serving as a major driver for the local economy.

A former Driscoll’s executive has been sentenced to prison and ordered to pay back nearly $1.5 million. Marc Marier was a real estate director for the Watsonville-based berry giant.

Federal agents tracked a series of false invoices Marier sent to a bank account he secretly held while working for the company.

The judge in the case said the state was misleading consumers and violating First Amendment rights for Monsanto by listing the ingredient under the disclosure law. He ruled that the warning was not “purely factual and uncontroversial.”

Becerra filed a notice of appeal for the lawsuit last week.

“We won’t let pesticide producers sweep the dangers of cancer-causing pesticides under the rug,” said Becerra. He cited a finding from the International Agency for Research on Cancer, which is a part of the World Health Organization and not a regulatory body. 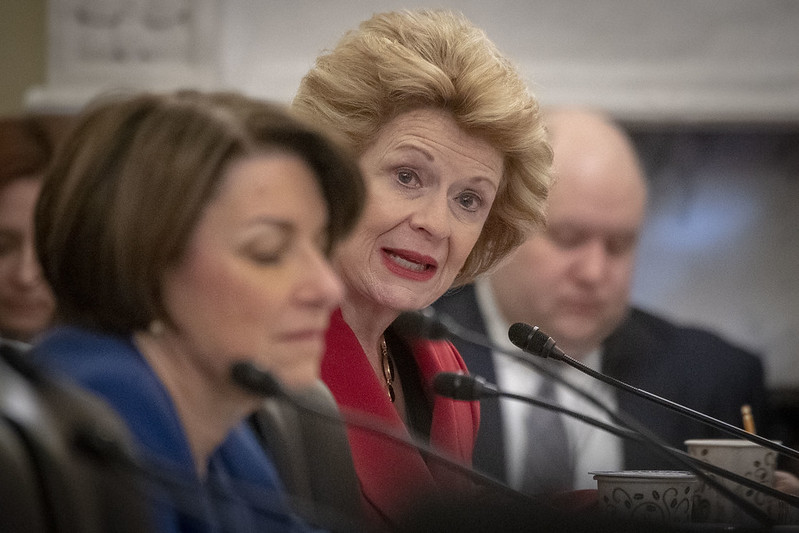 The top Democrat on the Senate Agriculture Committee, Debbie Stabenow, says she’s concerned about USDA’s ability to fund a new round of coronavirus relief payments along with making regularly scheduled farm bill program payments in October.

But at the same time, Stabenow suggested she isn’t ready to sign off on more money for USDA’s Commodity Credit Corp. account without some say in how the money is spent. USDA has used CCC to fund the Coronavirus Food Assistance Program as well as the Market Facilitation Program before that. Ag Secretary Sonny Perdue has said he has plenty of money left to make the CFAP-2 payments.

Stabenow told reporters she doesn’t want to “provide another blank check to USDA when we know that what they’ve done already is not fair.”

Take note: Stabenow on Monday released an analysis by the Government Accountability Office of payments under the 2019 version of  MFP. She thinks the payments were unfairly skewed to large operations and farms in the South. Read our report here.

The Army Corps of Engineers wants to make it easier for a wide variety of industries, including agriculture, to use nationwide Clean Water Act permits. The permits allow certain activities that only minimally affect the environment in waterways and wetlands under federal jurisdiction.

The Corps is proposing to eliminate a 300 linear foot limit on losses of stream bed for a number of its permits, including Nationwide Permit 40, which authorizes agricultural activities. There would be a new half-acre limit, under a proposed rule.

Why it matters: Activities authorized under NWP 40 include construction of building pads for farm buildings; the installation, placement, or construction of drainage tiles, ditches, or levees; mechanized land clearing; land leveling; and the relocation of some drainage ditches.

Don Parrish, senior regulatory director at the American Farm Bureau Federation, said the group would be studying the proposal to “ensure the permits line up correctly with the details” of the administration’s new Navigable Waters Protection Rule, which re-defines what wetlands and waterways fall under federal jurisdiction.

The view from critics: Some former EPA water officials say the rule would “significantly increase the amount of fill material that can be discharged into streams and wetlands with little oversight by the Corps.”

She said it. “I would feel very uncomfortable [with] that being the case because that question could be raised.” — Sen. Debbie Stabenow, ranking Democrat on the Senate Ag Committee, when asked whether she thought Ag Secretary Sonny Perdue tried to steer Market Facilitation Program payments to his home state of Georgia.

Georgia had the highest payment rate for nonspecialty crops at $119 per acre and highest payment per individual, $42,500, under the 2019 MFP. But the state’s $311 million in total MFP payments was far less than No. 1 Iowa, which received $1.6 billion, and many other states. Stabenow’s home state of Michigan received $261 million.