ERS, NIFA coping with moves to K.C. a year later

It’s been almost a year since the Economic Research Service and National Institute of Food and Agriculture moved to Kansas City, and at NIFA, “you can cut the stress with a knife,” says Tom Bewick, a program leader and acting vice president of NIFA Local 3403 for the American Federation of Government Employees.

The grantmaking agency distributes more than $1 billion a year for research projects annually, and employees are successfully working to get the money obligated to land-grant universities and other organizations. But the effects of moving the agency to the Midwest, which resulted in the loss of most of its personnel, are showing, according to sources contacted by Agri-Pulse.

Similarly, at ERS, “Everybody is stressed and pulled beyond their means,” says Laura Dodson, acting vice president of AFGE Local 3403 and an agricultural economist. “We have things that we have to get done and have to get out, and the department is also putting pressure on the agency to hire back up to full staffing.”

Both agencies were relocated to Kansas City about a year ago. “We’re coping,” says Dave McGranahan, a longtime ERS employee who has been working to hire new people.

Both ERS and NIFA have about 175 employees each, roughly half of what the agencies had before the decision to relocate was announced in 2018.

USDA says “hiring is going well with substantial interest from qualified candidates in the Kansas City region and across the country. Both agencies continue to recruit and hire, bringing new employees on each pay period.” 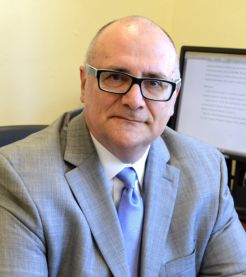 Continued USDA: "As of Aug 29. 2020, ERS has 175 permanent employees and continues to post and recruit for open positions. You can see current open vacancies on the ERS Careers Page (note that one listing may be for multiple vacancies). In FY 2019 and FY 2020, ERS has filled more than 100 positions in total. ERS has held two successful hiring events, one in Olathe, Kan, and one virtual, attracting more than 700 people interested in working for USDA. For the latest information on vacancies and careers at ERS, please visit the ERS Careers page or ERS’s LinkedIn page."

The two agencies announced some high-profile hires recently, with ag economist Spiro Stefanou brought on from the University of Florida’s Institute of Food and Agriculture as the new ERS administrator and Debora Hamernik joining NIFA as the new director of the Division of Animal Systems within NIFA's Institute of Food Production and Sustainability.

But Susan Offutt, a senior consultant who served as ERS administrator for 10 years from 1997-2006 and who opposed the relocation, says while Stefanou, who will be based in Washington with the ERS employees that remained after the move, “has been a productive university researcher and provided valuable service as a journal editor, going forward he won’t have much help from experienced civil servants.”

“Those who think that is no impediment to running what USDA political appointees insist will be ‘a world class institution’ do not understand what is required,” she said.

The decision to move the two agencies received a lot of criticism when it was announced in 2018 without, stakeholders said, any consultation with the groups who rely the most on their work. Concerned parties cautioned against relocating the agencies and said moving employees out of the D.C. area would make it more difficult for them to interact with other federal statisticians and researchers and likely result in many skilled, long-term workers leaving the agencies. 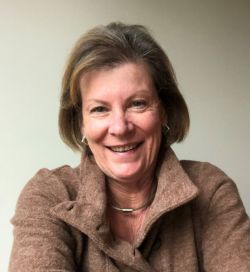 Trepidations about the rationale for the move intensified when then-White House Chief of Staff Mick Mulvaney told a crowd at a Republican Party event in South Carolina in August 2019 about employees quitting the agencies after Kansas City was chosen as the new location.

"By simply saying to people, ‘You know what, we’re going to take you outside the bubble, outside the Beltway, outside this liberal haven of Washington, D.C., and move you out in the real part of the country,' and they quit — what a wonderful way to sort of streamline government, and do what we haven’t been able to do for a long time,” Mulvaney said.

When the move to Kansas City was announced in June 2019, Ag Secretary Sonny Perdue called it a “win-win,” saying it would save money for the government that could be used to improve the agencies and move the agencies closer to the farmers they serve.

Hiring has been going well. “We’ve had pretty good success at hiring people,” says one ERS employee involved in the process. “People are willing to go there and we are hiring.”

“There’s been a real attempt to make it easier to hire people,” he says. He adds, however, “It’s not like ordering something off eBay.”

And NIFA’s Bewick says the organization’s leadership “has done a really good job in terms of prioritizing hiring.”

“We filled all of our senior supervisory officer positions in grants and financial management,” he says. “That’s made it possible to meet year-end obligations.”

“We’re on track to obligate all of our funds before Sept. 30 — that’s a tremendous accomplishment,” he says. In all, he said approximately $1.293 billion of $1.3 billion has been obligated to grantees.

And USDA says since the move was officially made last October, “NIFA has made awards at a pace that rivals any year in the agency’s history; while ensuring impactful use of taxpayer dollars.”

Michael Oltrogge, president of Nebraska Indian Community College, which relies on NIFA funds for its operations, says the Native American institutions “have been faring well with the move, at least financially.

“The funding has been coming down the pike a bit late but not sufficiently late to make a fuss,” he says. “Some of the move (or at least a portion of the strategic planning in conjunction with the move) has also brought about more of a focus on changing the systems of grant tracking and management as well. Those changes should be beneficial as the current systems are a bit archaic from the little use I’ve had with them.”

ERS has continued to churn out required reports on issues such as farm income, but Scott Swinton, a Michigan State economist who is past president of the Agricultural and Applied Economics Association, says, “I know that I am seeing fewer new reports. The items that I have found useful for class have all been based on prior ERS research projects — with the important exception of research into COVID-19 effects on ag prices.”

Offutt says ERS has been supporting commodity market analysis under the Chief Economist and putting out data on other topics, but has provided “very little analysis on subjects not directly related to agricultural production, supply, and demand. For example, while recent reports have addressed the impact of COVID-19 on farmers and meatpackers, nothing current appears on the effects on participants in SNAP or school lunch who struggle with food insufficiency as a result of unemployment.”

Swinton and Offutt helped prepare a cost-benefit analysis before the move that concluded it would result in increased costs, not save the department money.

“ERS has continued to deliver its calendared products on time, while providing analysis and briefings in response to COVID-19,” USDA says.

“ERS economists continue to publish timely and widely cited research,” the department says, pointing to the ERS Calendar, where “you can see counts of products (such as data releases and publications) by month. In FY 2019, ERS produced 399 releases. For FY 2020, ERS will have released 419 by the end of FY 2020.”

Dodson says, however, that ERS employees are focused more on hiring than on “high-quality research and reporting.”

But bringing new people on board has created its own difficulties, as they have to be trained in their jobs.

“There’s a lot of learning on the job going on,” says an ERS employee. Dodson bemoans the lack of training for new hires and says many parts of the agency are at less than full strength.

“I think the most egregious one is publishing,” she said. “Last I checked, we had one employee” in a branch that used to have 11 or 12 people.

USDA, however, says that's not the case. The Publishing Services Branch, which it said "provides leadership, support, and expertise in planning and preparing high-quality information and data products that are essential to ERS’s success," has 12 employees, including a branch chief, program analyst, two graphic designers, five editors, and three contractors. Since the relocation, we have completed all hiring for the branch and it is fully staffed now."

Bewick says at NIFA, “a really robust training program was put in place. That whole transition in our support division shows the tremendous dedication that NIFA employees have to our organization.”

He also says NIFA was fortunate to be able to hire “some senior-level people who have worked for USDA in the past, so they understand who our stakeholders are.”

Existing and new employees are being asked to shoulder more responsibility than they have in the past. Bewick, who was responsible for overseeing NIFA’s Specialty Crop Research Initiative, now must also tend to four other programs dealing with minor-use pesticides, alternative crops such as hemp and canola, alfalfa forage research and potatoes.

He says he has been “preaching work-life balance, but the message doesn’t seem to be getting through.” He says he gets emails from staff late on Sunday nights.

“The experienced people are burning out,” he says. “I’m concerned that the new people are going to burn out.”

“I did not expect it to be this stressful,” Dodson says. “I also did not expect us to get as many good new people as we did. So we have a lot of really, really smart new hires out in Kansas City. But we also are still very much just trying to plug up all of the holes. I didn't really expect us to be barely keeping afloat a year out.”

This article has been updated to include USDA's comments on the ERS Publishing Services Branch.