Inland waterway stakeholders are banking on bipartisanship to get a major bill across the finish line in a lame duck session.

The Water Resources Development Act (WRDA), which sets policy for water projects for the U.S. Army Corps of Engineers, is authorized every two years. It passed the House earlier this summer by a voice vote, and the Senate Environment and Public Works Committee approved it unanimously in May.

The bipartisan nature of this authorizing bill is why Alexa Combelic, director of government affairs for the American Soybean Association, thinks it will have a solid chance of passing even after the November election.

“I don’t foresee a situation where it happens before the election, but it’s certainly one of the few pieces of legislation that I really think has a chance of moving in the lame duck,” Combelic said on an Agri-Pulse, United Soybean Board, and American Soybean Association webinar last week.

The reason Combelic is optimistic is because there are a lot of small projects in WRDA that tend to benefit specific House members’ districts.

“So, you have folks all around the country that are fighting to get this bill done before the end of the year – both inland and coastal members,” she stated.

Waterways Council President and CEO Tracy Zea also feels the bill has a good chance of passing this year.

“If you look at the course that WRDA is currently on, it’s the same course that it took in 2018,” Zea told Agri-Pulse. “The Senate did not pass a bill off the floor; they just passed a bill out of committee in 2018. They went right to conference and then signed a bill into law.”

Zea pointed out there is a reason WRDA bills are done in even-numbered years; it is a bipartisan bill that allows lawmakers to go home to their districts to say they worked together to pass critical infrastructure legislation.

“We feel good,” Zea said on the prospects of a bill passing this year. Since 1974 there have been 13 WRDA bills, and five of them have been signed in a lame duck session, Zea stated. But that does not mean there might not be a few speed bumps as both chambers go to conference.

Combelic noted the Senate and House are in discussions on a conference agreement, but there are a few wrinkles getting ironed out, including a sunset clause affecting the cost-share ratio of 65/35. 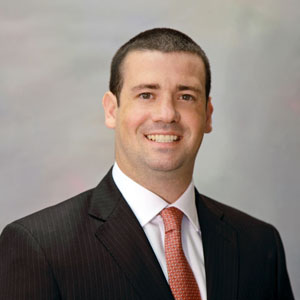 Roughly 11,000 miles of the nation’s 36,000 miles of inland waterways are part of the system and subject to the tax, according to the Congressional Research Service.

Waterways Council also opposes the 65/35 cost-share sunset clause in the House version of the bill.

“If that sunset clause is in for the inland waterways construction program, that would be the only program that would have a sunset on the construction cost-sharing, everything else is permanent,” Zea said.

He said sunsetting the cost-share would not provide the Corps reliability because it would not be guaranteed that funding. He said this could hamper future infrastructure development for the nation's locks and dams, which are critical to moving a variety of agricultural products and grain.

A spokesperson for the Senate Environment and Public Works Committee said the legislation has a chance to pass later this year.

“Chairman John Barrasso, R-Wyo., continues to work with Ranking Member Tom Carper, D-Del., and his bipartisan House counterparts on water infrastructure legislation that can be sent to the president’s desk before the end of the year,” the spokesperson told Agri-Pulse.

A spokesperson for the House Transportation and Infrastructure Committee said that committee "and Senate EPW are involved in pre-conference negotiations to try and resolve differences between the two versions" and noted Chairman Peter DeFazio, D-Ore., is committed to enacting WRDA 2020 before the end of the Congress.