In a Biden administration, navigable waters rule is likely target

The Trump administration's rule reducing the number of wetlands and other areas regulated by the Clean Water Act is likely to be in the cross hairs if Joe Biden wins the presidency, but it would probably take his administration some time to act against that and other regulatory rollbacks.

Trump’s Navigable Waters Protection Rule, finalized earlier this year, removed restrictions on discharges of pollution into ephemeral streams and is strongly supported by most farm groups. It replaced the Obama-era "waters of the U.S." rule that had expanded the jurisdiction of the antipollution law.

“The one thing I can’t imagine happening is that a Biden EPA would allow the Trump rule to stay in place,” said former longtime Justice Department attorney Stephen Samuels, who handled Clean Water Act litigation.

A former EPA attorney who was deeply involved in writing the 2015 WOTUS rule that has since been scrapped by the Trump administration agrees. “I think it's pretty predictable we would see a rollback of the 2020 rule,” said Mark Ryan, now with Ryan & Kuehler in Washington state.

But how that would happen is another question. The administrative rulemaking process, which the Trump administration used to repeal and replace WOTUS, could be the easiest route to go. Theoretically, if Democrats win control of the Senate and maintain control of the House, it would be possible to repeal the Trump rule legislatively, but Democrats likely would have to eliminate the filibuster to make that happen. Democrats are unlikely to have anywhere close to the 60 votes necessary to overcome a filibuster.

“Without legislation, my own view is that the Biden administration would mostly follow the process used by the Trump EPA: begin the rulemaking process while staying the rule that's currently on the books,” said Samuels.

The Trump rule also is under attack in courts around the country, and Ryan said he would expect a Biden administration to immediately stop defending the NWPR. That would mean ag and other industry groups would have to step in to defend the Trump rule just as environmental groups did to defend WOTUS after lawsuits were filed challenging it.

The Biden campaign itself has said only that it would take a look at the NWPR. In an answer to an American Farm Bureau Federation survey, the Biden campaign said, “Given the importance to human health, the economy, and the environment, our administration will review the [NWPR] to ensure appropriate protections are in place to protect and improve water quality for the benefit of all citizens.”

The Trump campaign pledged that the Trump-Pence administration would "continue to fight against regulations like the WOTUS rule,” but warned that a Biden Administration would allow “radical environmental [activists to] write new and worse rules for farmers and ranchers than we have ever seen.”

AFBF’s Don Parrish, a senior director of regulatory relations who is the group’s point person on the CWA, would say only of Biden, “He was part of the Obama administration when they wrote the rule that we had all the problems with.”

Former Agriculture Secretary Tom Vilsack, who is advising Biden, told Agri-Pulse that campaigns usually don’t get into the weeds on issues, but echoed the campaign’s response to AFBF, saying Biden believes in a “transparent” regulatory process and in “proactive” outreach “to folks who could be impacted by a rule or regulation before [it’s] proposed to fully understand the real-life implications of what might be considered.”

Pesticides are another issue sure to get attention in a Democratic administration. A pesticide lobbyist said chlorpyrifos, which environmental and farmworker groups have tried for more than a decade to remove from the market, would almost assuredly be a target of a Biden administration.

“It’s hard to see how a product that has been such a punching bag would not get harsh treatment in a Biden EPA,” said the lobbyist, speaking on condition of anonymity. The lobbyist added, “Come January, I think all bets are off,” with “more highly visible” products such as dicamba vulnerable to scrutiny.

Brett Hartl, director of Washington affairs at the Center for Biological Diversity, an environmental group, agrees with that assessment. “I would expect you would see another reversal,” he says, referring to the Obama administration’s proposal to ban chlorpyrifos, later reversed by President Trump’s first EPA Administrator, Scott Pruitt.

CropLife America CEO Chris Novak said the pesticide regulatory process is based on science, not politics, “so we know [EPA] scientists will continue to do their jobs no matter who wins the 2020 election.

“Former Vice President Biden has expressed a commitment to using science to address health and environmental issues,” Novak continued, in a statement provided to Agri-Pulse. “We appreciate this commitment, but look forward to learning more about how this would be implemented through new policies and programs to support agricultural innovations.”

Biden’s overarching policy priorities would likely steer his environmental agenda, said Byron Brown, a lawyer at Crowell & Moring in Washington, who was deputy chief of staff for policy at EPA in 2017 and 2018 and worked in the agency’s Office of General Counsel from 2001-2011.

“The Biden campaign is focused on three main issues — climate change, infrastructure and environmental justice,” he said. “Whatever they end up doing will have to advance those overarching policy goals.”

But he also said that whatever a Biden administration does, “I think they will end up taking a deliberate approach,” relying on “very professional people.”

Ryan, who served under both Republican and Democratic administrations, said Democrats are less likely than Republicans to move quickly.

“The Democrats are much more hand-wringers than the Republicans,” he said. “Republican administrations in general give less thought to what the public blowback will be and just do things, whereas the Democrats wring their hands and worry incessantly forever before they try anything.” 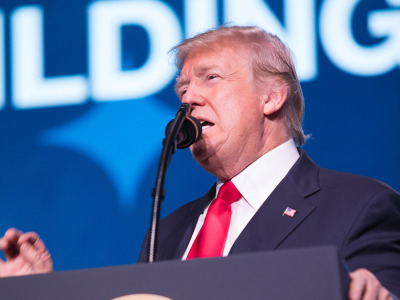 Brown also noted that changing regulations administratively takes time. For example, despite Trump’s issuance of an executive order early in his administration — February 2017 — to kick-start the process of rewriting WOTUS, it still took until April 2020 for a final rule to be issued.

Another issue that could come to the forefront if Biden wins election would be the major changes to the National Environmental Policy Act contained in a July rule and now being challenged in numerous courts. There’s no question Biden opposes the effort; his campaign said when the NEPA rule was announced that Trump “is attempting to destroy a bipartisan, cornerstone law.”

The amount of litigation brought against EPA rules by Democratic-run states could make it difficult to fill top positions at a new EPA, Brown said.

“With so many states suing Trump over environmental regulations, that might disqualify some capable people,” he said.

A Biden administration also would be under pressure from the conservation community to beef up funding and strengthen regulations protecting endangered species.

But no one has a crystal ball.

“Everybody pins their biases and aspirations onto a relatively blank slate,” Hartl said. “It’s hard to extrapolate what Biden's agenda will be.”